Diagnosis. Colony small, very sparsely branched to the second order, with long curved branches disposed irregularly on all sides of the stem but curving upward. Branch angles usually close to 90º. Spines up to about 0.14 mm tall, 0.5 mm apart, with 3 spines per mm in each row. Polyps about 2 mm in transverse diameter, arranged in a single series, with four to five polyps per cm.

Description of holotype. The holotype ( Fig. 4A View FIGURE 4 ) is about 16 cm tall, 17 cm wide and has a basal stem diameter of about 2 mm. The main stem is 14 cm long and slightly curved. The branching is very sparse, and mostly to the first order and rarely to the second order. Most of the branches originate from the lower half of the stem. The branches are long, and although the distal branch angles are close to 90º, most branches are curved upward. The longest branch is about 13.7 cm long and about 1.3 mm in diameter near its connection to the stem. The branches are spaced varying distances apart, with as many as four occurring along 3 cm of the stem.

The polyps ( Fig. 4B View FIGURE 4 ) are arranged in a single row. In the preserved state most polyps measure about 2 mm in transverse diameter. The interpolypar space is generally less than 1 mm, and there are 4 to 5 polyps per cm.

Comparisons. This species is related to Anozopathes hawaiiensis   in the general morphology of the corallum. It differs from that species in having straighter, stiffer branches; smaller spines (0.14 mm vs. 0.25 mm) with a much shallower slope along the lower proximal edge; and slightly more tubercles per spine as seen in lateral view (up to about 8 vs. up to about 6).

Etymology. The species name is based on the type locality.

Distribution. Known only from Palau, 192 m 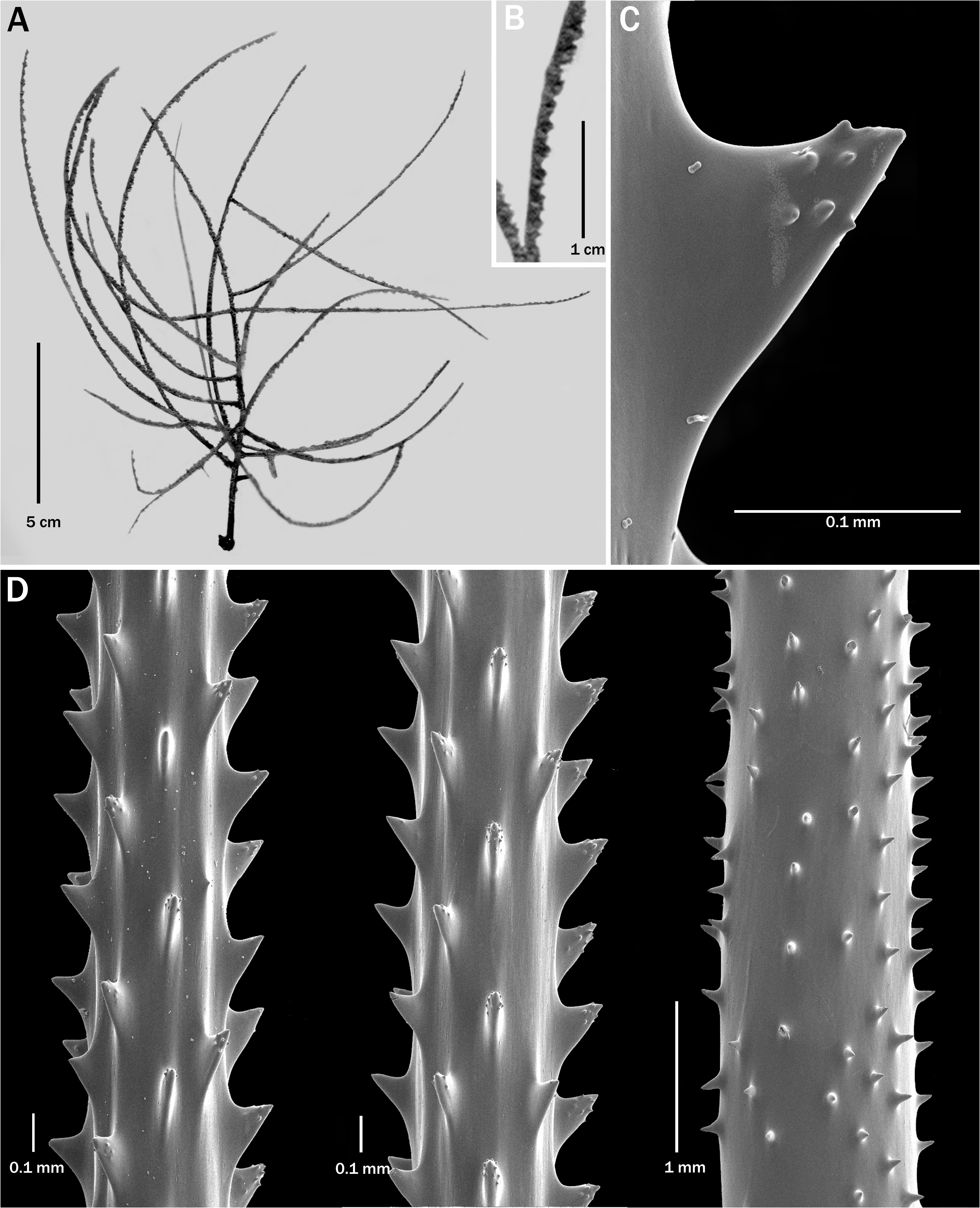