Etymology. Named ixchel /ɪksˈʃel/ (L. noun in apposition), after Ix Chel (also Chac Chel, Chak Chel or Sak Chel) the Mayan old goddess of creation, divination, and curing. Ix Chel is one of the few known feminine divinities in the Mayan pantheon, is therefore suitable to give its name to the only species described from a female specimen.

Wings. Hyaline, with a slightly amber tint; FW with one post-quadrangular cell, the vein that descends from the subnodus at the first Vx; HW field between CuA and posterior margin lacking supplementary veins. Px: FW 40/38, HW 27/26.

Diagnosis. Paraphlebia ixchel , P. esperanza and P. kukulkan belong to the group of species with a short ovipositor that never surpasses the tip of the cercus ( Figs. 129–130 View FIGURES 129–137 ). The posterior lobe of the prothorax in P. ixchel is similar to that of P. esperanza . It differs from that of P. kukulkan in presenting digitiform projections towards the lateral edges of the posterior margin while in the latter the posterior lobe is entire, without projections. In dorsal view, these projections are directed posterodorsally, making a V-shaped gap between them and the posterior margin of the medial lobe in P. ixchel , while in P. esperanza they are directed posteroventrally, not forming such gap ( Figs. 121–122 View FIGURES 117–128 ). The female of P. esperanza can be readily separated from all other species by the position of the vein that descend from the subnodus, in the FW this vein is always closer to the second post-quadrangular Vx than to the first. In all other species there is always closer to the first post-quadrangular Vx.

Habitat. This species was collected in forest, 200 m from a river.

Distribution. Southwest Guatemala: it is only known from the type locality near Santa Catarina in the Solola department. It was collected at ca. 1900 m.a.s.l.

Remarks. Although not all the females of the species hereby described are known, it is clear that the morphology of the posterior lobe of prothorax presents a strong parallelism between males and females at the species level. Therefore P. ixchel is considered as a distinct species as, with the exception of P. esperanza , no other male described presents a similar structure. Based on the female morphology, the male probably will be similar to that of P. esperanza : it should have a convex posterior margin on the posterior lobe of prothorax with digitiform projections, and it is possible that such projections are projected posteriorly. The cerci should have the mediodorsal flange welldeveloped and the vein that descends from the nodus in the FW should be closer to the first Vx than to the second, the latter character allowing differentiation of the two species. 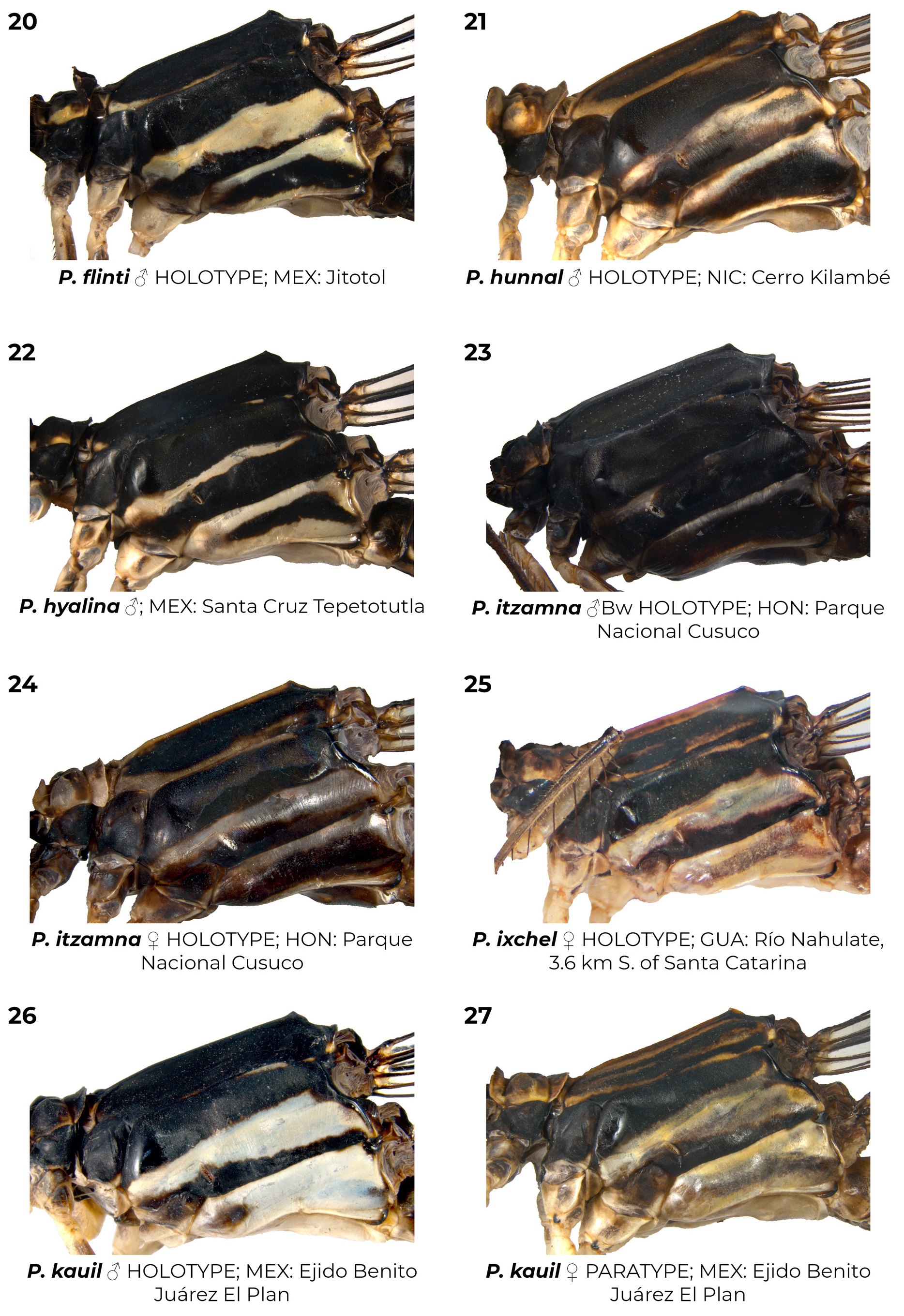 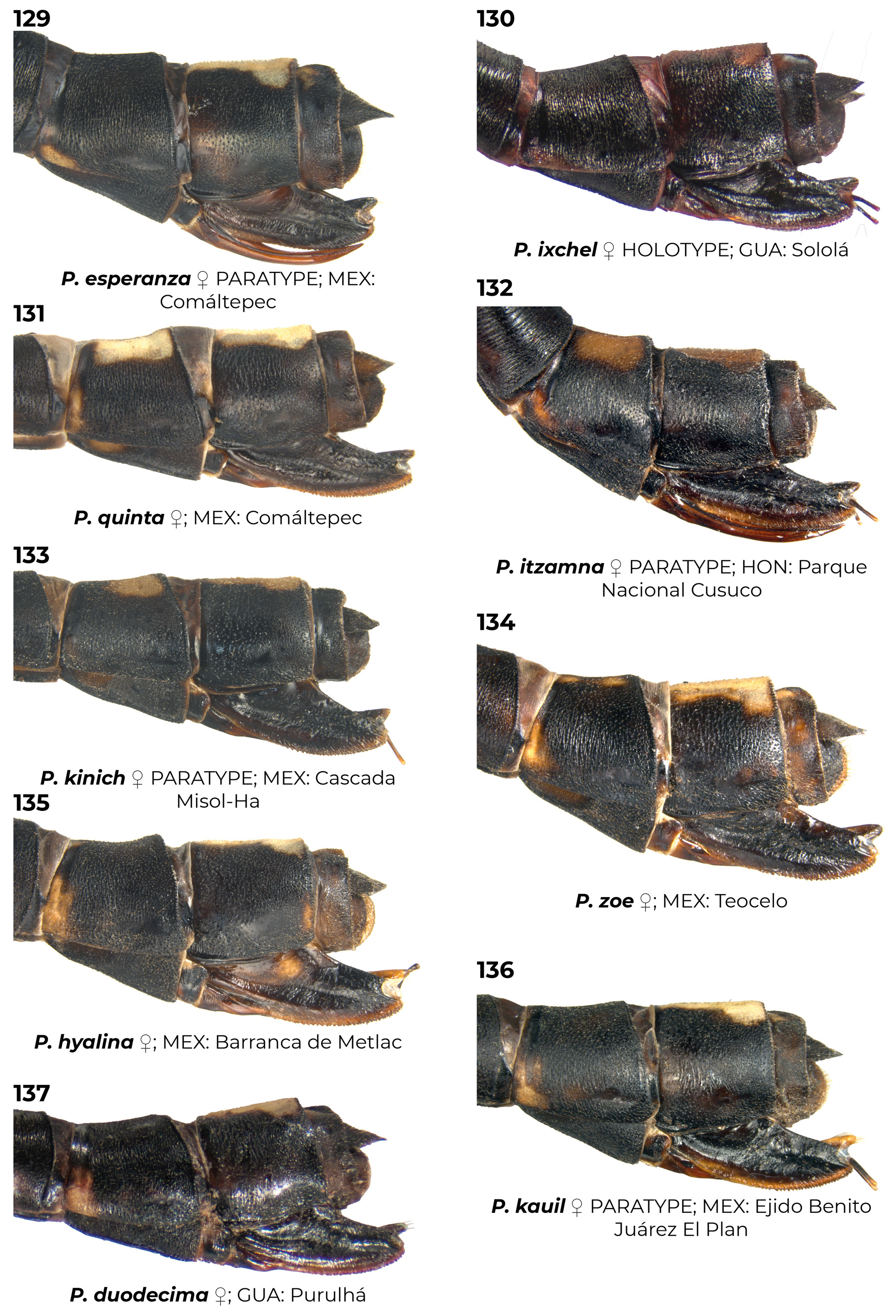