Mortoniella pectinella   is similar to the group of species discussed under M. carinula   , and also to M. florica   and M. propinqua   , n. sp., resembling them in having a phallicata with upright dorsolateral processes and in lacking a prominent apicomesal projection on the inferior appendage. The short, apically rounded inferior appendage distinguishes M. pectinella   from the M. carinula   group of species and the structure of the paramere appendages, with a row of apical spines is diagnostic for the species

Etymology. This species is named M. pectinella   , as a diminutive of the Latin word pecten, meaning a comb, and referring to the somewhat comb-like arrangement of spines at the apex of the paramere appendage of this species. 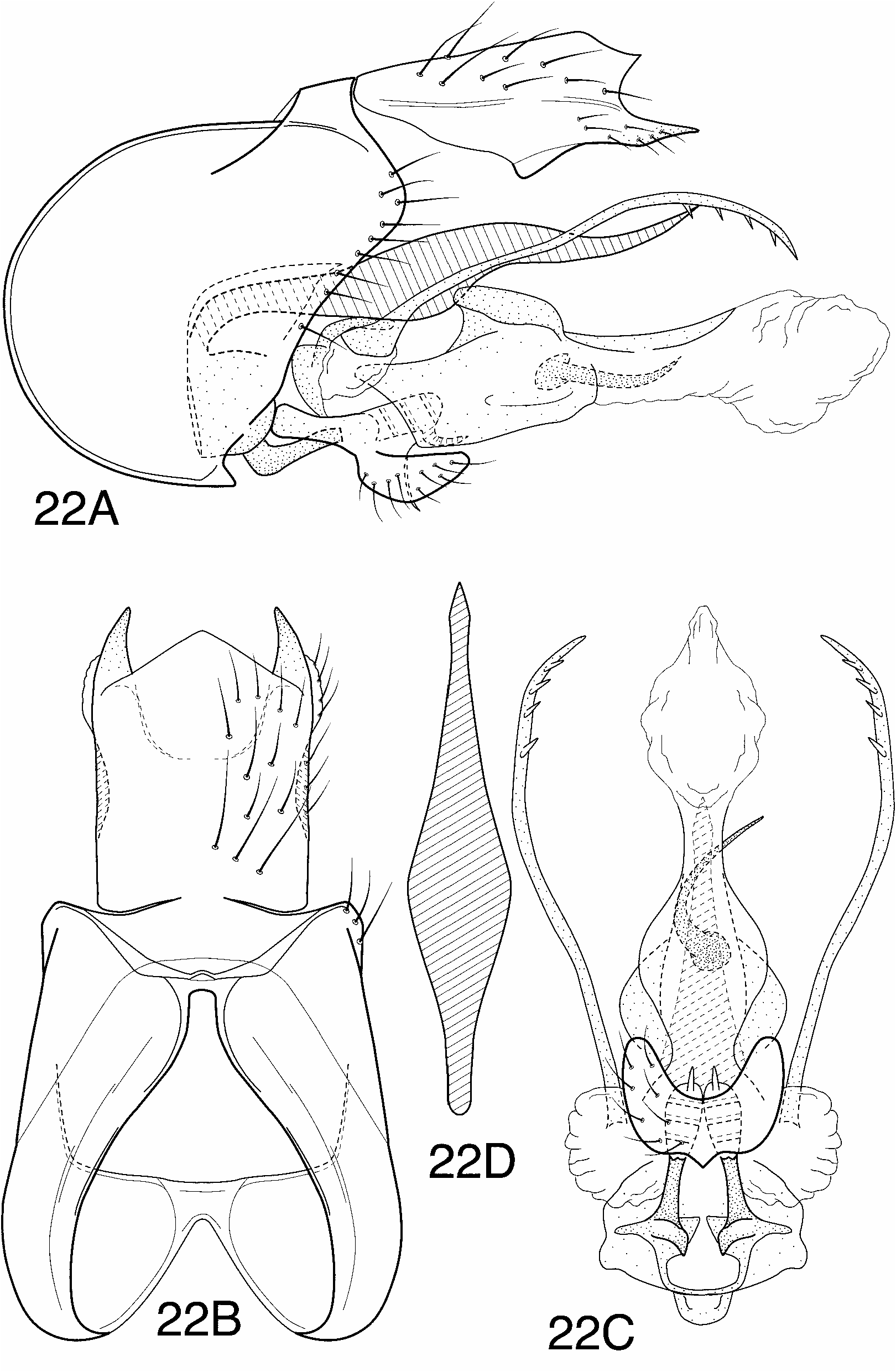