This species is most readily diagnosed by the unique wing-like appendages of the phallicata. The short, apically invaginated inferior appendage and relatively short paramere appendages are useful ancillary characters. The species is only known from the type specimen, with the genitalia mounted as a slide preparation, in a more or less dorsoventral orientation. An illustration of the lateral view is found in the original description, which was used, in part, in the following description. 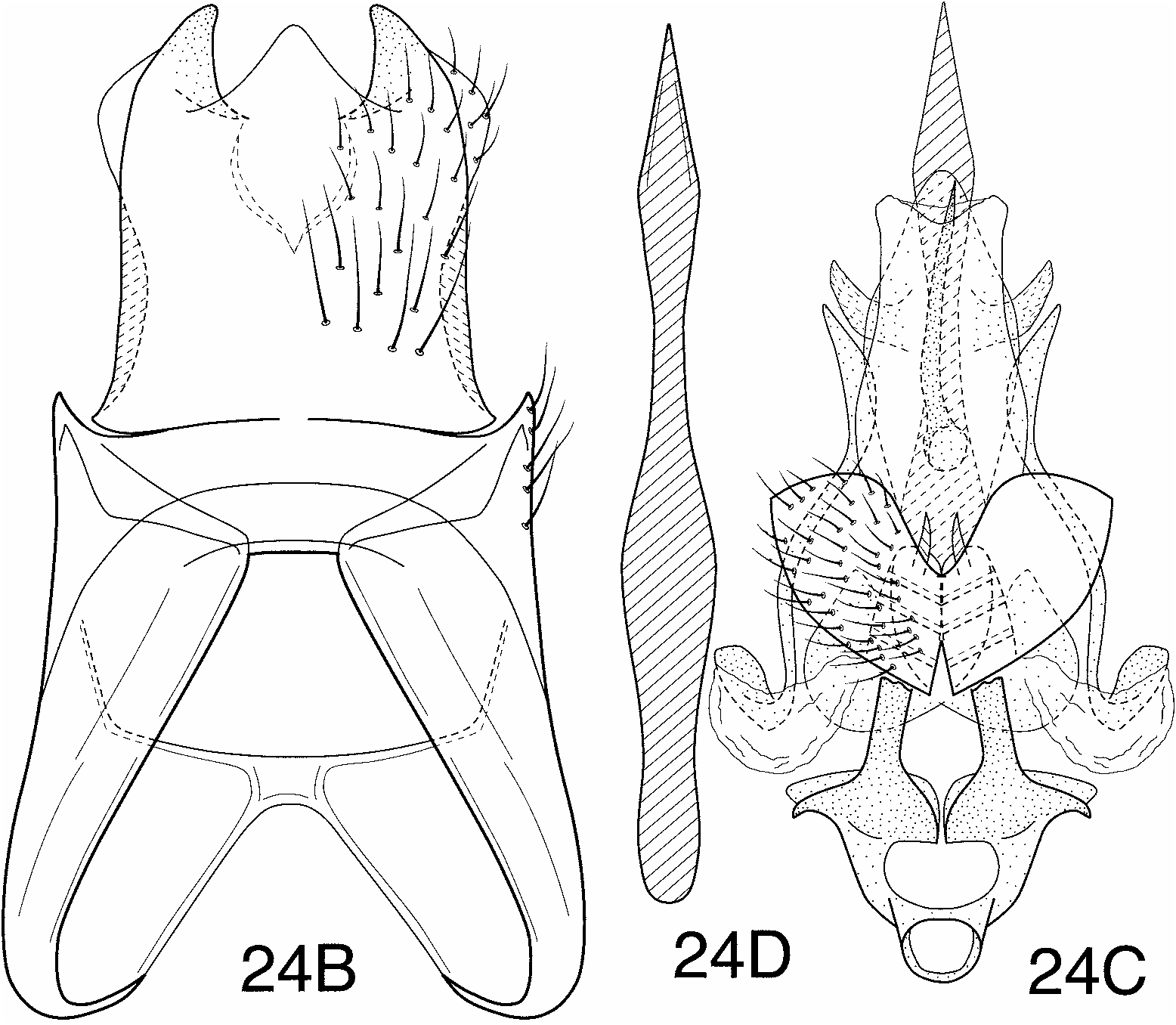