Remarks. This species was first reported in the western Atlantic, as Eucryptolaria pinnata Fraser, 1938   (type locality: Galápagos Islands), by Fraser (1943). Following examination of its type material, E. pinnata   was included in the synonymy of Cryptolaria pectinata ( Allman, 1888)   by Calder et al. (2009). The monotypic genus Eucryptolaria Fraser, 1938   had been referred earlier to Cryptolaria Busk, 1857   by Rees & Vervoort (1987).

Evidence from recent cladistic ( Marques et al. 2006) and molecular ( Moura et al. 2012) studies demonstrate that Cryptolaria   should be assigned to the same family-group cluster as Zygophylax Quelch, 1885   and Abietinella Levinsen, 1913   . Moura et al. also contended that Zygophylacinae Quelch, 1885, usually included as a subfamily within Lafoeidae A. Agassiz, 1865   for this group of genera, merited recognition as a distinct family. Their recommendation is adopted here. Moreover, they also found evidence of cryptic diversity within eastern Atlantic populations of Cryptolaria pectinata   . Comparisons of hydroids assigned to C. pectinata   from the western Atlantic with those from the type locality of New Zealand, and elsewhere, appear warranted.

The hydroid examined here was collected at a depth of 87 m near the edge of the continental shelf, east of St. Lucie Inlet. No coenosarc or hydranths were present, and the colony appeared to be recently dead. 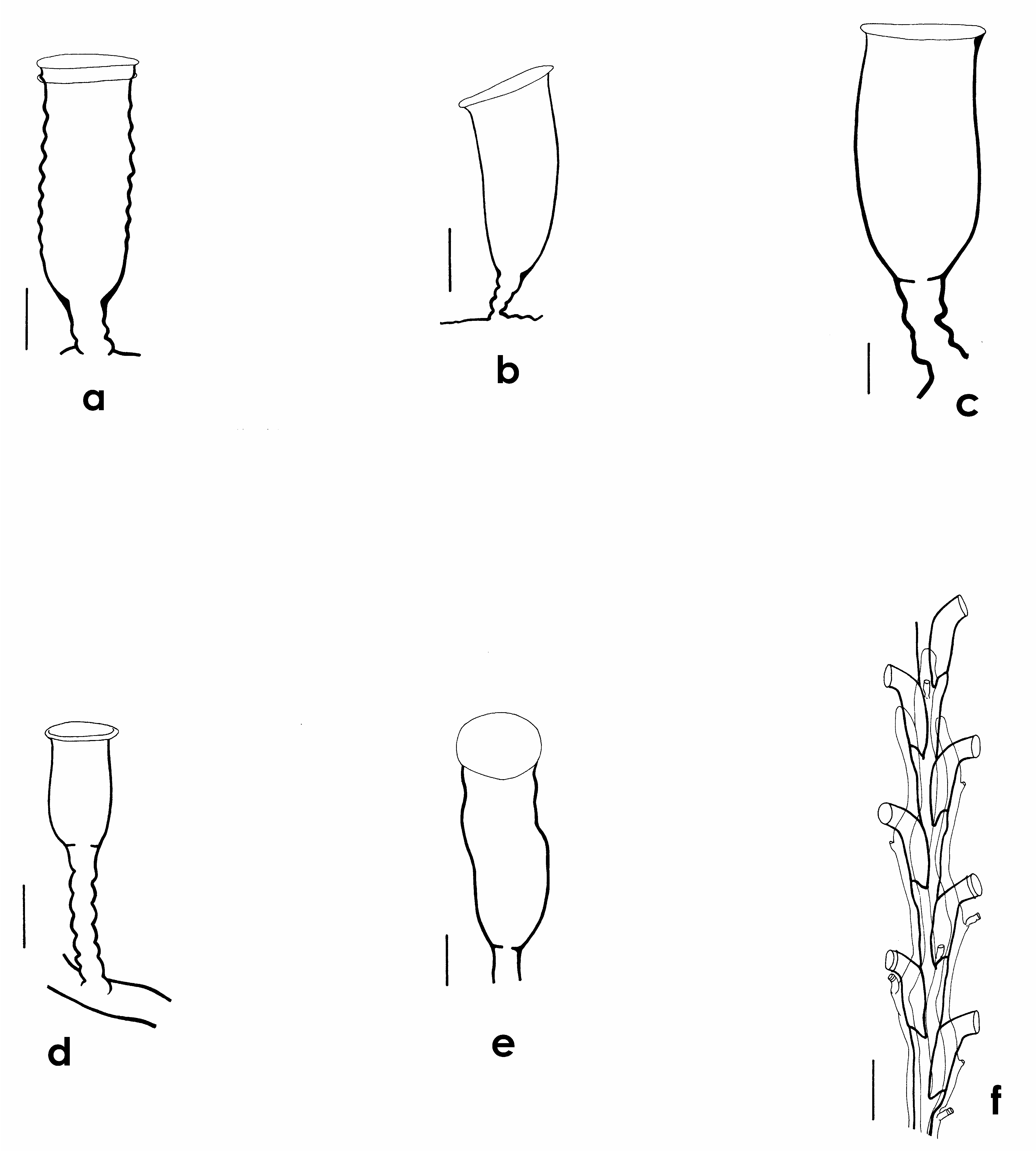