Remarks. This species was originally described from southeastern Florida as Aglaophenia gracilis   by Allman (1877). That name is a permanently invalid junior primary homonym of Aglaophenia gracilis Lamouroux, 1816   (ICZN Art. 57.2). Nutting (1900) recognized the homonymy and proposed Aglaophenia dubia   as a replacement name for Allman’s species.

Aglaophenia dubia   was referred to the synonymy of A. elongata Meneghini, 1845   , a Mediterranean species, by Bedot (1921). Some subsequent authors who studied the species adopted that proposed synonymy ( Leloup 1937; Van Gemerden-Hoogeveen 1965; Bogle 1975; Wedler 1975; Wenner et al. 1984; Jones 2002), while others did not ( Fraser 1944; Deevey 1954; Rees & Thursfield 1965; Vervoort 1968). Bogle (1975) noted several differences between her material from the Straits of Florida and the original account of A. elongata   by Meneghini (1845), but with considerable reservation retained that name for the western Atlantic species. Hydroids of the same morphotype from Bermuda were compared by me ( Calder 1997) with accounts of the Mediterranean species by Svoboda & Cornelius (1991), as well as with material of A. elongata   from Capo d’Enfola, Elba, Italy (ROMIZ B1231). A number of differences in the two were noted, particularly in corbula morphology. Corbulae of hydroids from Bermuda were elongate rather than egg-shaped, there were 6–14 instead of 4–6 pairs of nematocladia, free ribs were frequent instead of being absent, and peduncles bore 1–3 hydrothecae instead of just one. I therefore concluded that A. dubia   was valid. Moreover, Svoboda and Cornelius noted that records of A. elongata   outside the Mediterranean seemed erroneous.

This species is usually found at intermediate depths in the warm western Atlantic. Its known bathymetric range is 11–274 m ( Bogle 1975, as A. elongata   ).

Elsewhere. Questionably reported from the Galápagos Islands ( Fraser 1938b). 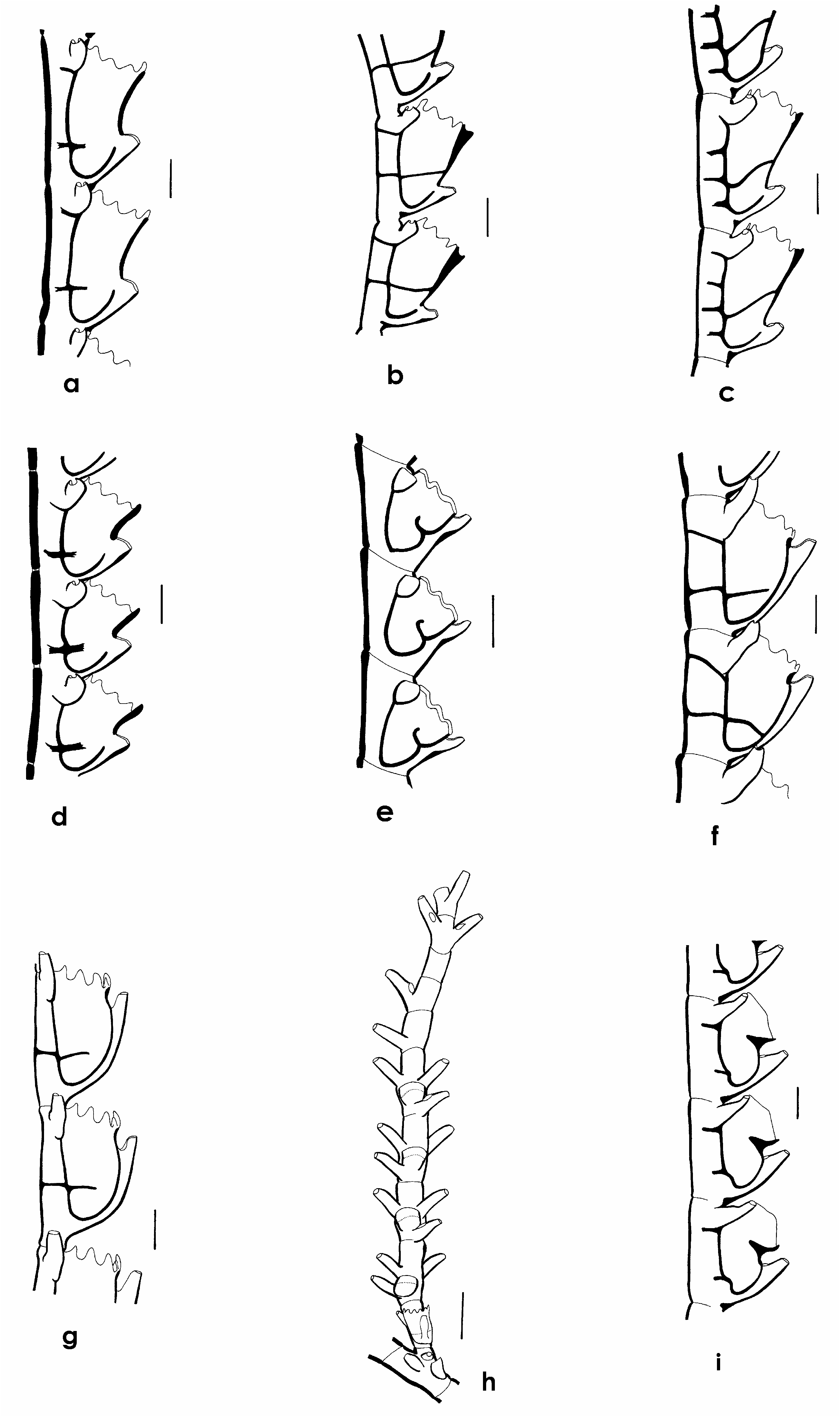