Diagnosis and identification: Tegula brownish, apical mandibular tooth narrow, almost linear. Preorbital carinae finely produced ventrally but not delimiting a reniform subocular fovea, not produced as a triangular process between lateral ocellus and eye ( Fig. 60 View FIGURES 60–63 ). Marginal venation shorter than in other species of Khamul   ( Fig. 31 View FIGURES 26–33 ) and is bordered anteriorly by a membranous strip. Propodeal median channel distinctly delimited (Fig. 64) and the posterior invagination of the dorsellum is bisected.

Variation. No appreciable variation in the type material.

Biology. The specimen from Mexico bears a label indicating that it was reared from an egg of Prisopus Gray   (Phasmatodea: Prisopodidae   ) associated with a leaf of Chamaedorea sp.   ( Arecaceae   ). Apparently, the specimen was reared at the San Antonio port-of-entry under some type of isolation. This record would not be a first phasmid egg parasitoid for the superfamily ( Eady 1956), but it would be the first for the Eurytomidae   .

Discussion and extralimital specimens. Khamul lanceolatus   differs from other species of Khamul   by the presence of an incomplete procoxal carina anteroapically that forms a partial shelf to receive the head. This condition is intermediate between other Khamul species   that have only a faint carina/change of sculpture and members of Philolema   s.l., Aximopsis   s.l., and Chryseida   , etc. that possess a complete carina. Also, K. lanceolatus   does not possess deep notauli as in other species of Khamul   . One male closely resembling K. lanceolatus   has been examined. This specimen is from a disparate Neotropical localities and different enough from the type material that caution is warranted before ascribing it to a specific hypothesis before enough material is at hand to understand intraspecific/sexual variation. Below, the label data for this specimen and brief differential diagnostics are reported.

With respect to K. lanceolatus   , this specimen is currently placed in Khamul   but initially was suspected to be a new genus near Khamul   . 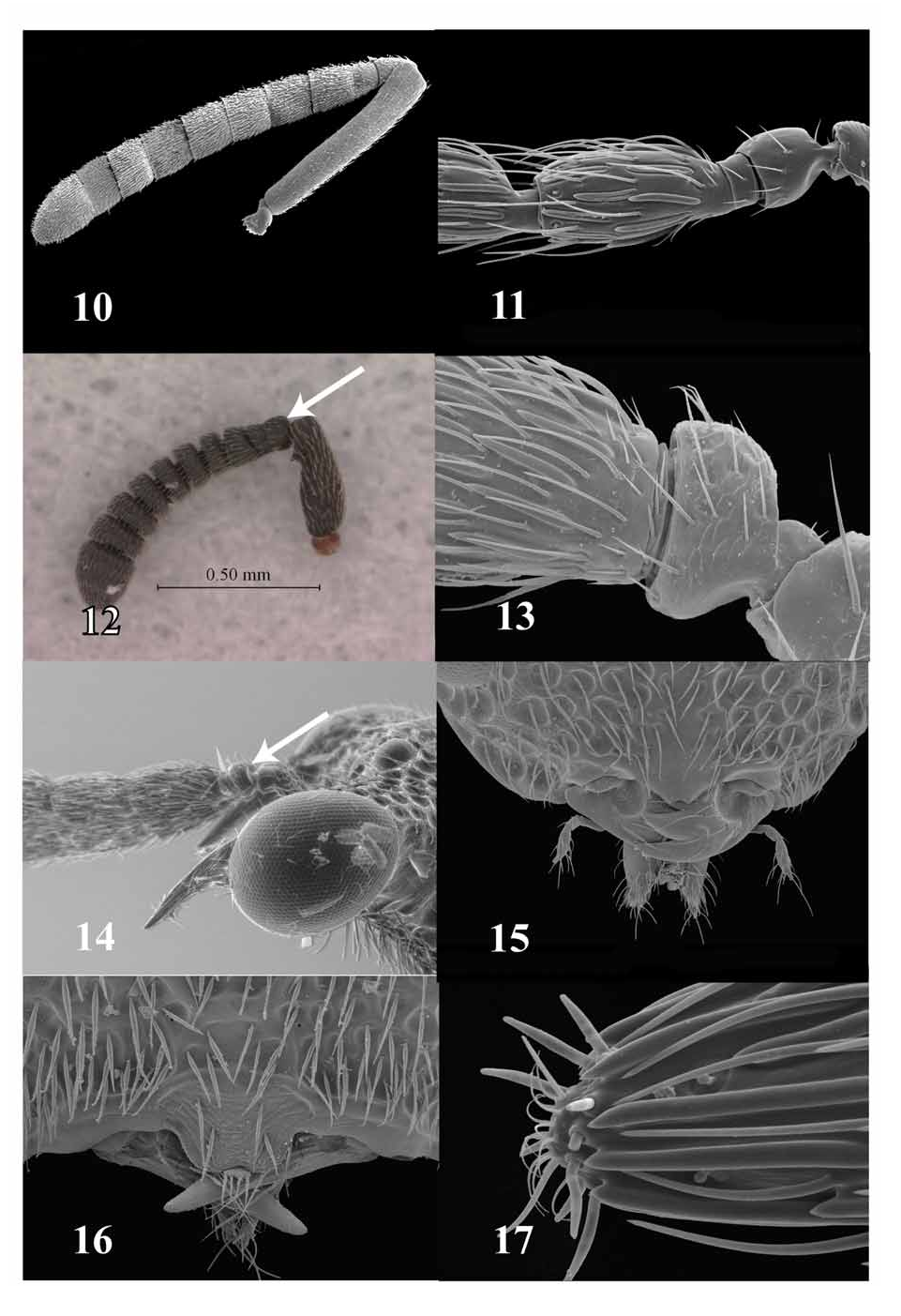