Variation. The paratype from Waorani has a stigmal vein that is slightly bent (angulate) rather than smoothly arcuate. Also, the preorbital protuberance of the specimen is slightly smaller and narrower than that of the holotype. The area occupied by the scutellar boss also is slightly variable among members of the type series, ranging from 1–3 foveal equivalents. 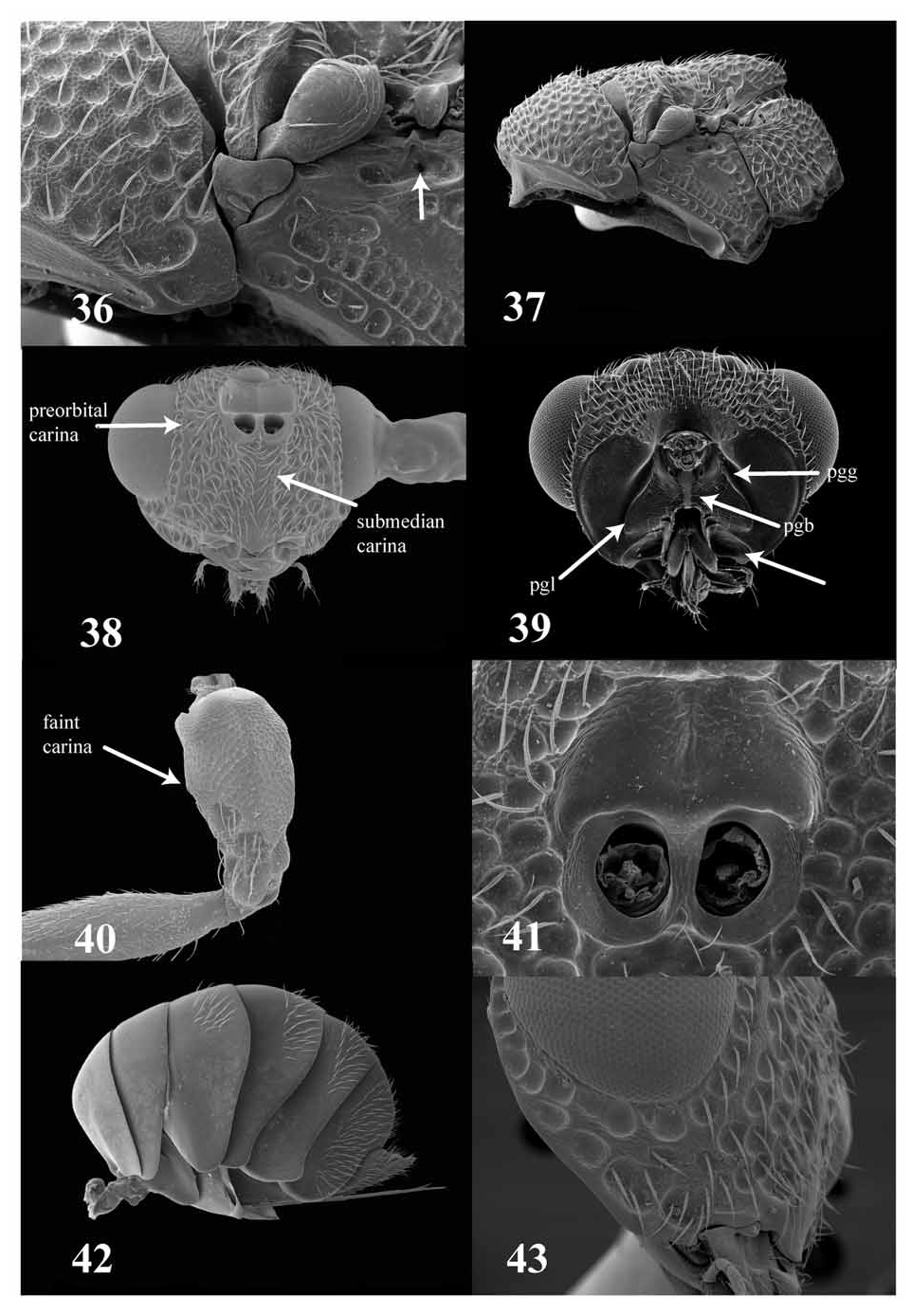