The adult male and two juvenile specimens of Terrestricythere ivanovae   recovered were all in a badly preserved state, indicating that they were probably deceased when collected. Although unlikely, we cannot rule out that they may have been transported into the cave by natural or artificial means after death. 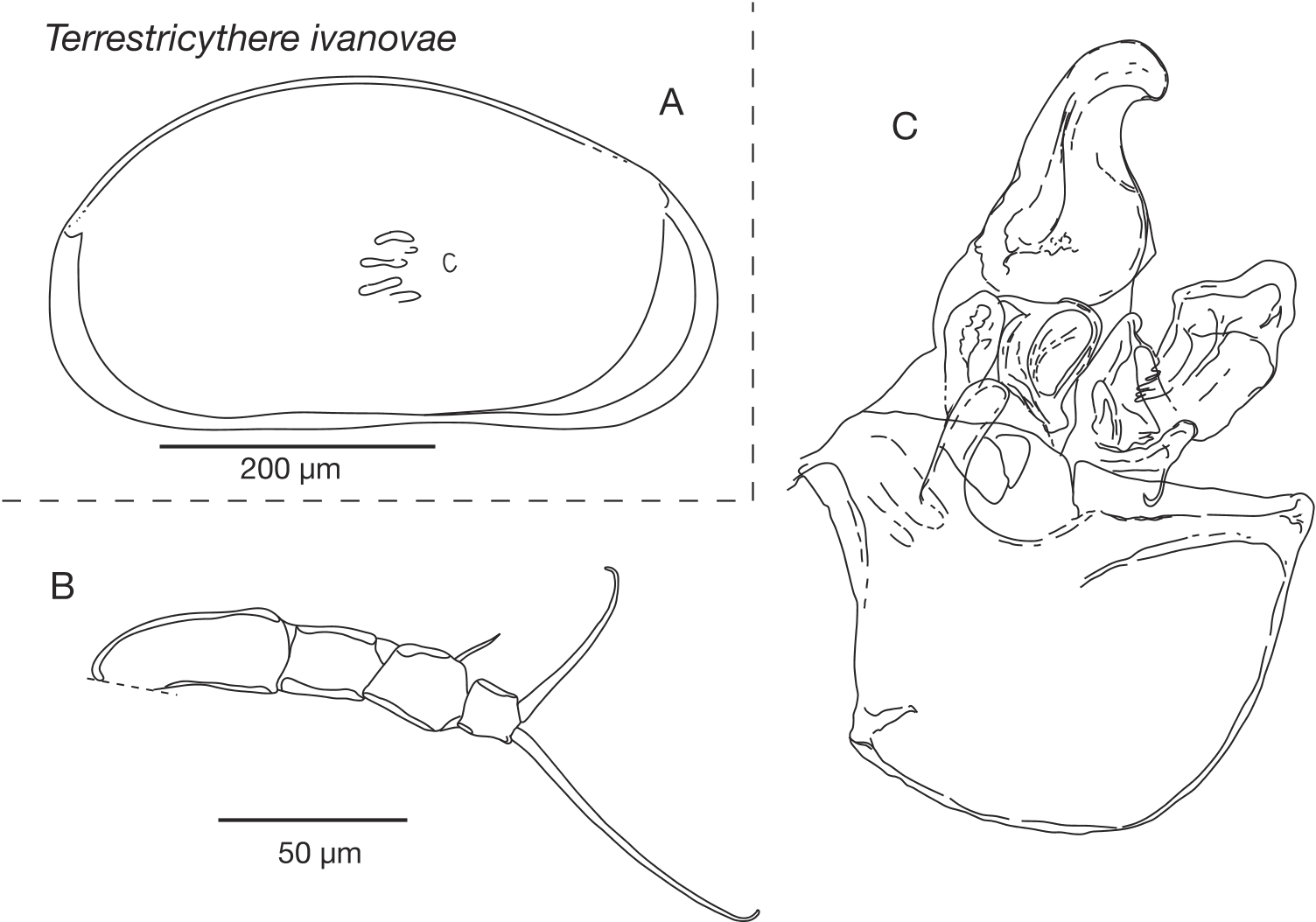