The caudal ramus of C. karanovicae   n. sp. is unusual in that seta sp is larger than claw Gp, in contrast to most other species where Gp is larger than sp (some species lack sp). However, even though the taxonomy of the genus relies very heavily on the morphology of the caudal ramus, this appendage is partially reduced in Cypretta   species, and thus the lengths of claws and setae could be relatively plastic. Further work is required to determine whether this appendage is a robust taxonomic character for species discrimination in this genus. So far this species is only known from the type locality (locality 26). 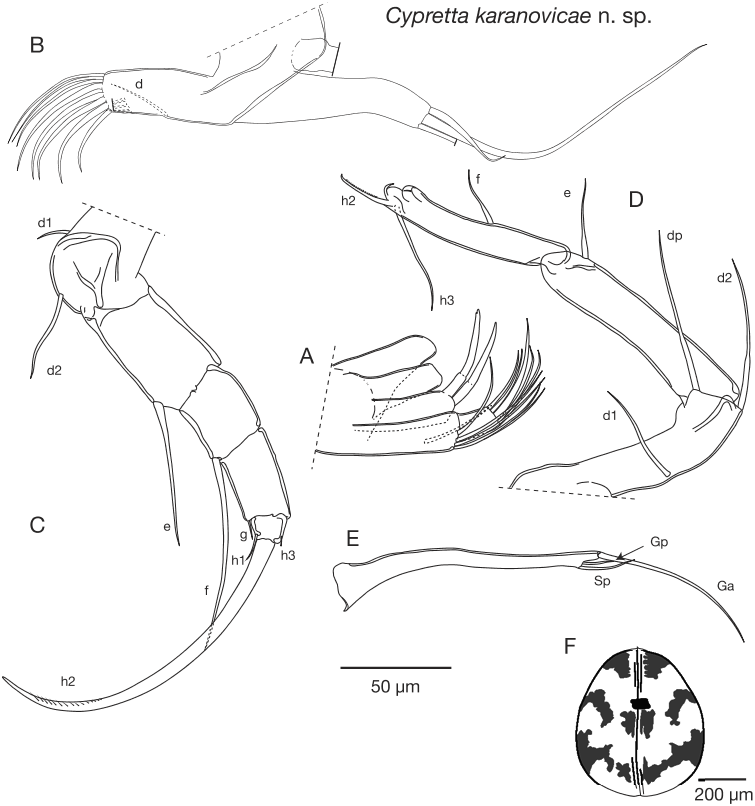