Tanycypris pellucida ( Klie 1932)   has been reported from Japan ( Okubo 1972, as Strandesia camaguinensis   ; 2000, 2004; Okubo and Ida 1989), but Chang et al. (2012) noted that the Japanese specimens are different from Klie’ s original description, and more similar to Tanycypris siamensis Savatenalinton and Martens, 2009a   . For this study, the specimen figured by Okubo (2004) (labelled ‘Tany 30’) was investigated. The specimen lacks the groove along the posterior and anterior margins of the left valve, and so is not T. siamensis   , which does have a groove running along these margins ( Savatenalinton and Martens 2009a). Okubo’ s (2004) specimen is, however, very similar to Tanycypris alfonsi   , which also lacks the groove along the anterior and posterior margins. The specimen’ s accompanying appendages are incomplete (missing the antennae and caudal rami) and embedded in an unknown matrix (together with the valves) that makes detailed observation difficult. However, it is probable that the Japanese Tanycypris   species is conspecific with the Korean and Germany species. During our surveys, Tanycypris alfonsi   was found in two irrigation ponds (localities 5 and 7). 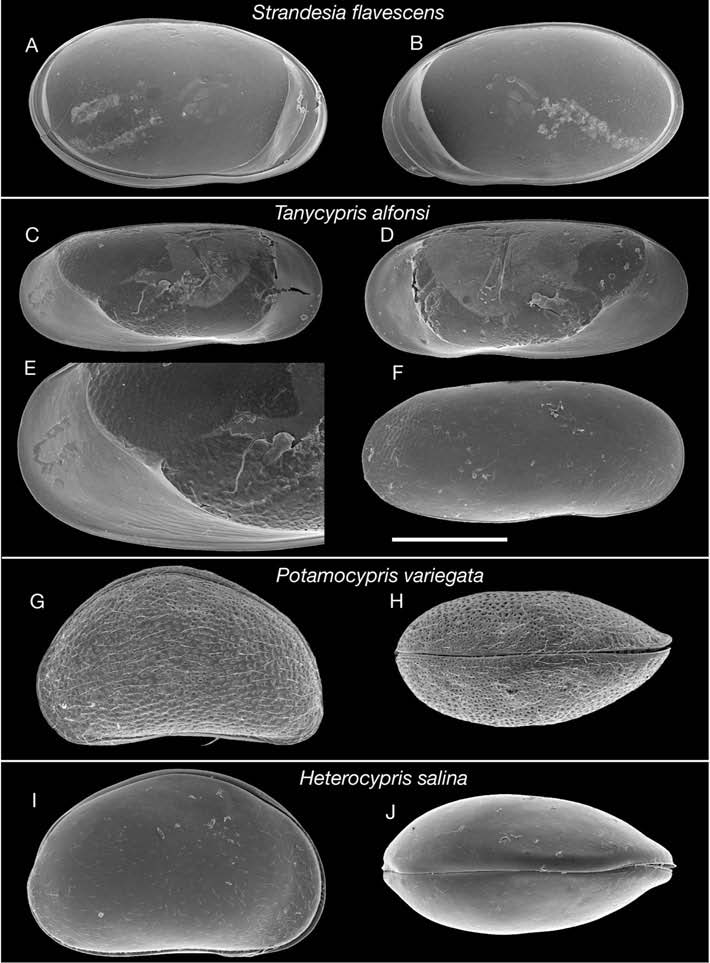 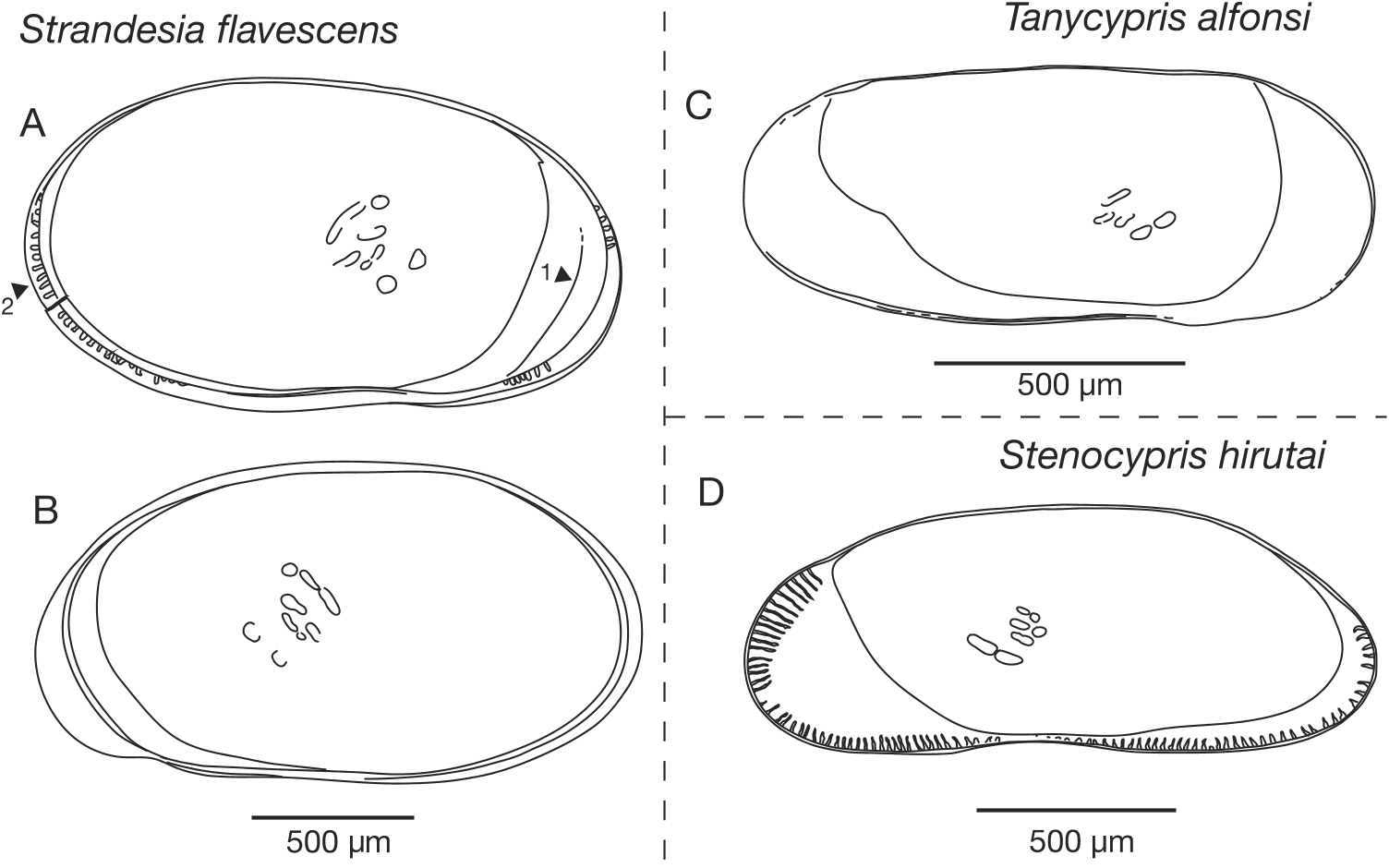