Diagnosis. The new species is similar to P. quadriloba Du et Wang, 2013   , but it can be distinguished in the male genitalia by the lingulate gnathos, the sub-ovoid juxta without lateral arms, and the valva lacking a spine-like ventrodistal lobe. In P. quadriloba   , the gnathos is rectangular, the juxta has lateral arms, and the valva has a ventrodistal lobe ( Du & Wang 2013: 31, fig. 21).

Etymology. The specific epithet of this new species is derived from the Latin ramus and valva, referring to the branched apex of the valva in the male genitalia. 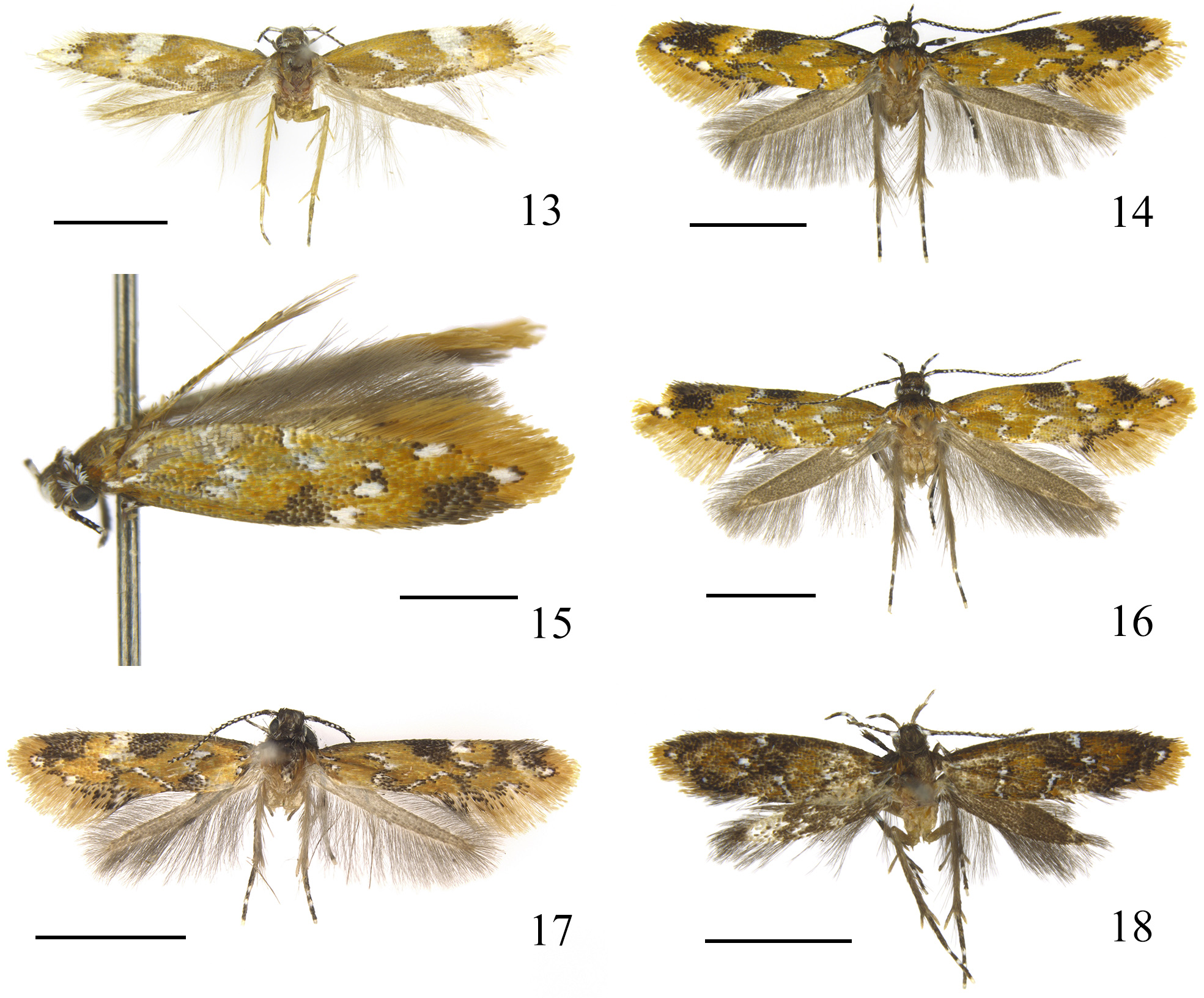 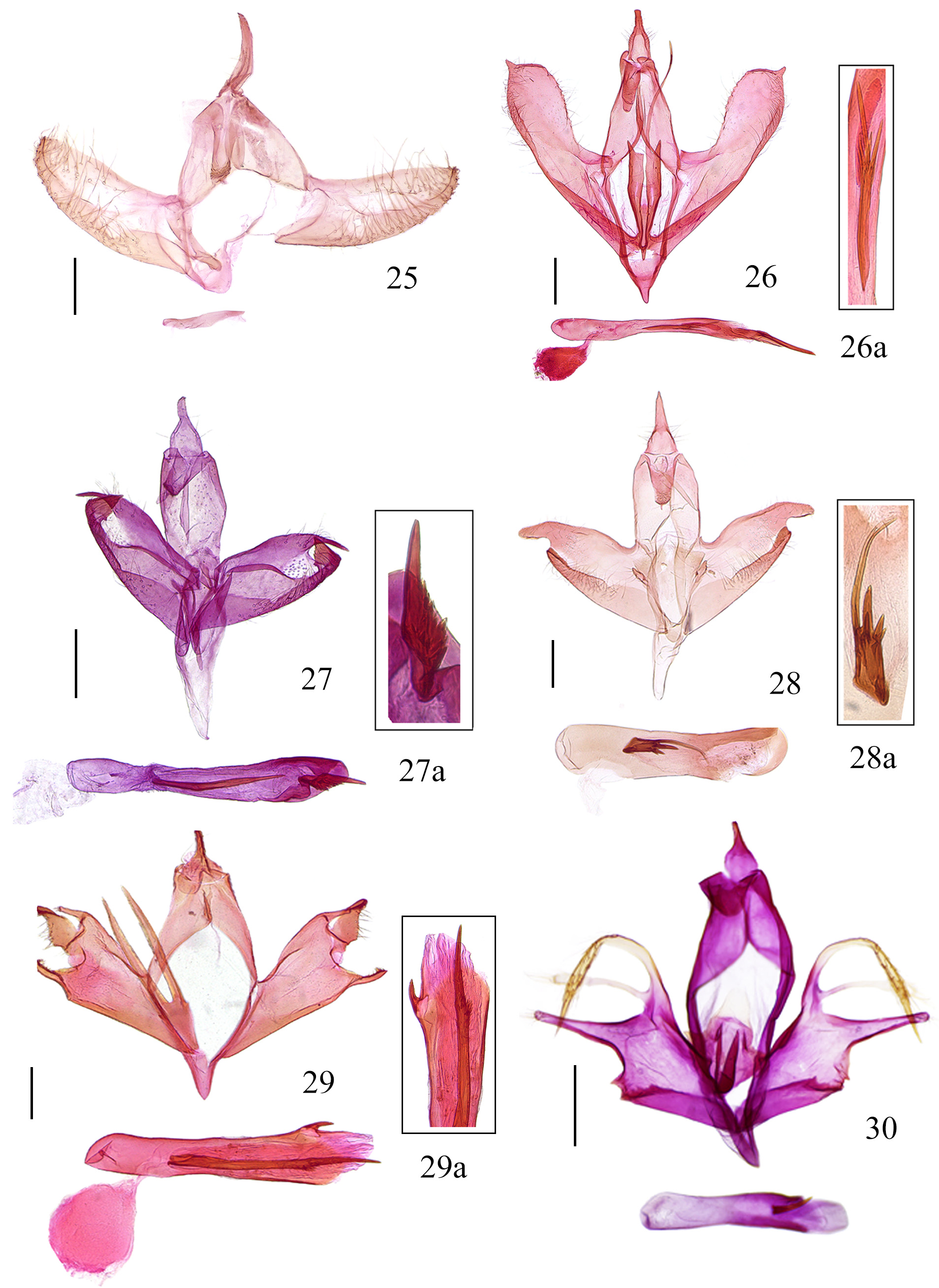 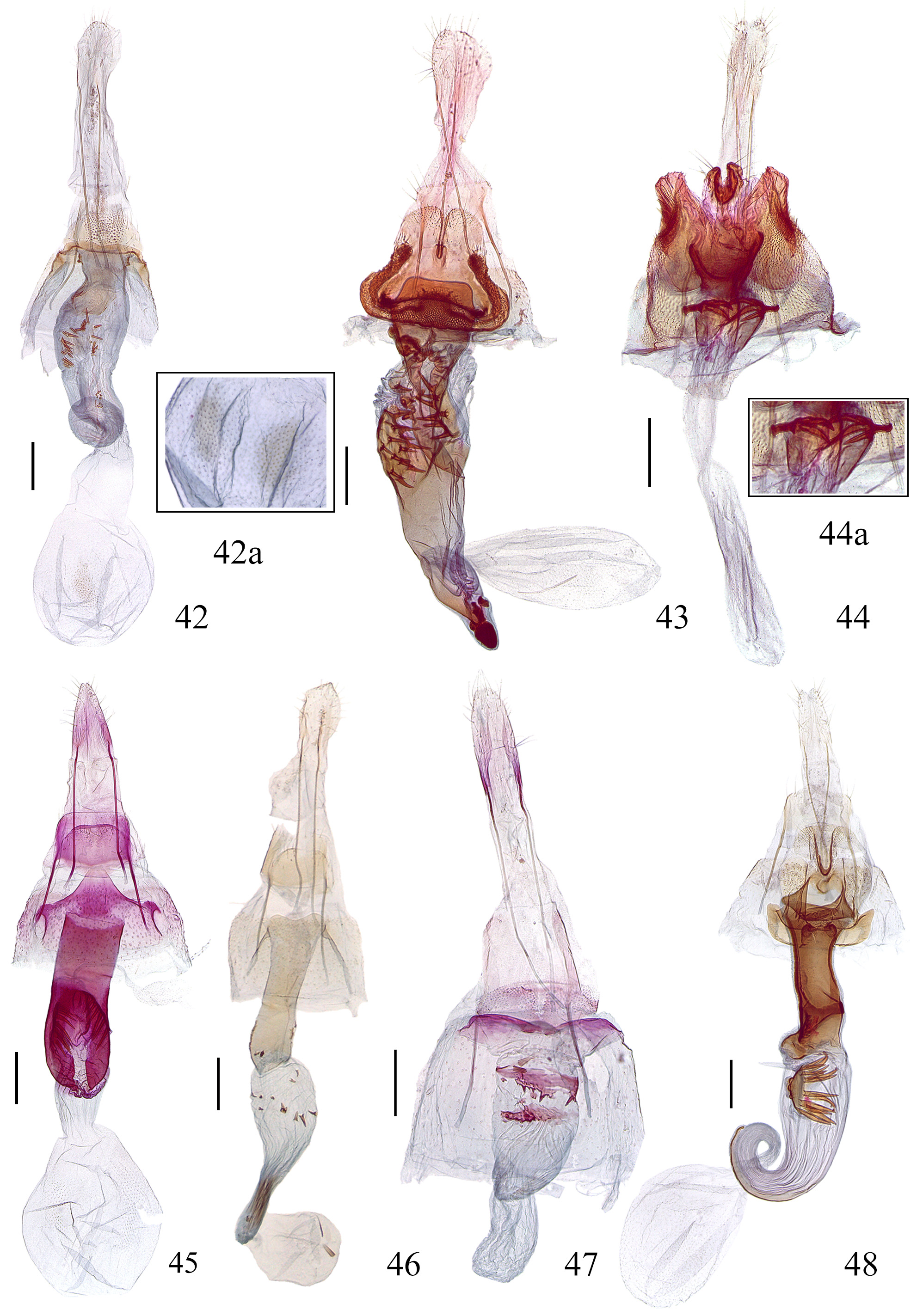