Lepidoptera  phylogeny, and the inventory of major  groupings

Some key points in the history of lepidopteran classification were given by Scoble (1992), and what follows immediately below is based on that account. The most prominent early landmark in lepidopteran classification is the 10 th edition of Linnaeus’ Systema Naturae ( Linnaeus 1758), which, other than for spiders, represents the beginning of zoological nomenclature as accepted by the International Code of Zoological Nomenclature. Although published work on lepidopteran natural history dates back to Aristotle (384 – 322 BC), and while later pre-Linnaean authors, notably Albertus Magnus, Marcel Malpighius, Jan Swammerdam, René Reaumur, and Charles De Geer, made significant contributions, it was Linnaeus who provided a classification, comprehensive for the time, in which we see the germ of subsequent systems. Linnaeus (1758) recognised three main divisions of the Lepidoptera  - Papilio  , Sphinx  , and Phalaena  . Phaleana  was divided into seven subgroups. Today, all but Phalaena  are still used for nine superfamilies. Following the Linnaean sequence these superfamilies are: Papilionoidea, Sphingoidea, Bombycoidea, Noctuoidea, Geometroidea, Tortricoidea, Pyraloidea, Tineoidea, and Alucitoidea. Linnaeus’ coverage was remarkable and his system, evidently, is embedded in our higher classification today.

Linnaeus based his classification on features of the antennae and the wings, particularly the position of the wings at rest, and on whether the insects flew by day or by night. He also took account of the mouthparts. He noted that the antennae of butterflies were clubbed, and that some members of what he called ‘Bombyces’ lacked a tongue. A considerable variety of features of larvae and adults is to be found in his species descriptions.

Lepidopteran classification developed from the Linnaean foundation in several ways. Numerous additional species were described, as discussed elsewhere in this paper and Linnaeus’ divisions and subdivisions were further divided and formal categorical ranks were established for them. Moreover, many supraspecific taxa were added to those introduced by Linnaeus. Primary types of many Linnean Lepidoptera  species survive to this day, and thus remain available for study. Linnaeus’ own collection is housed in the Linnean Society of London (see http://www.linnean.org/); examples are shown in Figs 2–3View FIGURE 2View FIGURE 3.

Prior to Linnaeus’ death, and just under twenty years after the publication of Systema Naturae, Denis & Schiffermüller (1775) produced a work on the Lepidoptera  of the Vienna area. Their system was based on Linnaeus’ classification, but they added further observations on structure and examined many additional species. They subdivided the Linnaean groups and based the names of many of the subdivisions on both larva (e.g., Larvae Punctatae) and adult (e.g., Ph[alaenae] Geometrae Unicolores). Building on these foundations, the Danish entomologist Fabricius, who was a student of Linnaeus, described many new species and named some of the Linnaean subgroups ( Fabricius 1775 - and several later works). Fabricius’ impact on Lepidoptera  taxonomy (indeed insect taxonomy broadly) was notable. Slightly later, Latreille (1796) added further supraspecific groups, most of which represent genera in the modern sense.

A major  step in the evolution of lepidopteran taxonomy was noted by Emmet (1992) who suggested that our modern concept of the genus in Lepidoptera  was provided by Schrank (1801 –02), who added this level between the Linnaeus’ ‘genus’ and species. Many modern genera were established by Jacob Hübner, a designer and artist, who described and illustrated many of the genera (called Stirpes by him) that we recognize today ( Hemming 1937). The lepidopteran genus was firmly established by Ochsenheimer (1807 –1835), in a series of works completed by Treitsche, in his synthesis of the lepidopteran fauna of Europe.

Many of the higher taxa of Lepidoptera  that we still accept in a recognizable form emerged from the impressive and very influential six volume study by G.A.W. Herrich-Schäffer. The work was published at regular intervals between 1843 and 1856 ( Herrich-Schäffer, 1843 –1856). Although, as for earlier works, this study was based on the European fauna, the implications are applicable far more widely. To a significant extent, Herrich-Schaeffer established the taxa on wing venation. He provided numerous morphological illustrations, which are remarkable in their detail and execution.

With collections being made from beyond Europe, a further dimension to the classification was added. Apart from the fact that they described numerous new genera and species, Edward Meyrick (particularly for microlepidopterans) and Sir George Hampson (particularly for macrolepidopterans) had a marked impact on the higher classification of the order. Meyrick (1895) proposed that the Lepidoptera  should be divided into ten ‘phyla’. Meyrick, like Herrich-Schäffer, relied to a significant extent on wing venation because he considered the pattern to be of low adaptive (‘physiological’) value and likely therefore to be little altered by external factors. Hampson’s contribution to Lepidoptera  higher classification focused mainly on Noctuoidea (see Kitching 1984 for an analysis), Pyraloidea, and Thyridoidea.

Since the mid nineteenth century many other systems have caused the earlier classifications to be modified and expanded. Some writers emphasized other character sets e.g., from larvae ( Fracker 1915) or pupae ( Mosher 1916). Probably the major  contribution to the higher classification of the order concerns the division above the superfamily. Landmark works were written by Börner (1925, 1939) who proposed a fundamental division of the Lepidoptera  into Monotrysia and Ditrysia on the basis of the structure of female genitalia. The Monotrysia (sensu Börner), which included only 5 percent of the Lepidoptera  , are not monophyletic. But Börner’s recognition of the Ditrysia as a natural group was an important step in understanding the phylogenetic structure of the order. So also was his appreciation of the systematic value of many morphological characters in the classification and diagnosis of lepidopteran families and superfamilies. Building on the works of Börner as well as of Kiriakoff (1948) and in particular Hinton (1946), Hennig (1953) outlined the relationships of the most basal lineages within the order in a benchmark article, which foreshadowed subsequent work on this subject.

One hundred and twenty-four lepidopteran families (52 of them with a subfamily classification) were recognized in the recent treatment of the order in the Handbook of Zoology (Kristensen ed. 1998, 2003). These families were grouped into 47 diagnosed superfamilies, and a provisional phylogeny at the superfamily level was presented. About the same time an alternative classification was presented by Heppner (1998), who later (2005) expanded it to tribal level. The two classifications are broadly similar, but some differences exist, partly because Heppner’s classification expressly does not aim to reflect monophyla in the 'Hennigian' (cladistic) sense of phylogenetic systematics. Moreover, the superfamilies and higher-level entities in Heppner’s work were not diagnosed. The superfamily/family/subfamily classification adopted in the Handbook, with some major  modifications suggested in subsequent work, is given in Appendix 1. Although the superfamily cladogram printed in the Handbook (and see Fig. 3View FIGURE 3 in the present paper) has been referred to as representing the “consensus” position ( Holloway et al. 2001), its provisional nature should be emphasized: its lack of resolution of major  branches is conspicuous. It serves, however, as a starting point for some ongoing inquiries into Lepidoptera  phylogenetic systematics (see, e.g., the http://www.tolweb.org/ Lepidoptera  and http:// www.lepsys.eu/ websites). In Fig. 4View FIGURE 4 the approximate species numbers for superfamilies/superfamily assemblages with more than 1,000 described species is indicated by the width of the clade lines. It is immediately apparent, that the most species-rich lineages are cladistically quite subordinate. This particular phylogenetic pattern was ascribed considerable general significance in Hennig's writings (e.g., 1953, 1966): indeed, the basic diversification pattern within the Lepidoptera  remains an unusually instructive example of what has subsequently come to be known as a 'Hennigian comb', with the first diverged extant lineages exhibiting a step-by-step acquisition of the apomorphies which characterize the most subordinate (and successful) groups. Undoubtedly the proportional representation of individual superfamilies will change markedly as descriptive Lepidoptera  taxonomy approaches completion. Thus only relatively modest growth is foreseeable in the butterfly and bombycoid assemblages, while particularly strong increases are expected for the Gelechioidea and the Pyraloidea. 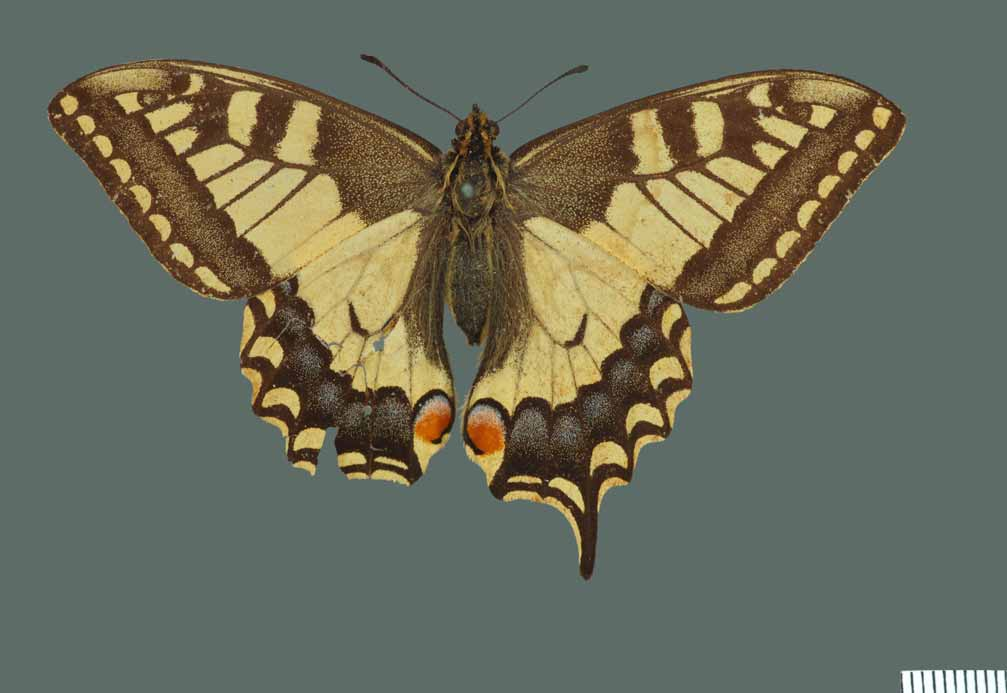 FIGURE 2. Lectotype of Papilio machaon Linnaeus, 1758, type species of the genus Papiio Linnaeus, 1758. “ … if this is not a butterfly in a nomenclatural sense, then nothing is ” (Vane-Wright 2007: 59). Courtesy of The Linnean Society of London.