Diagnosis. Male genitalic characters to distinguish A. mossbergi  from other Aprionus  are as follows. The tegmen, which is broadest on the apical half, has 5–6 pairs of large fingerlike processes with slightly intersecting apices; these, together with numerous much smaller processes in their periphery, are dorsomedially oriented ( Fig. 5View FIGURES 5–10, ↓ 1). The subanal plate, whose outline resembles a V, has a nearly complete sclerotized border ( Fig. 6View FIGURES 5–10, ↓ 2), while the central portions may have several tiny, bright spots, possibly holes. The slender gonostylus with slightly convex base ( Fig. 5View FIGURES 5–10, ↓ 3) is dorsoposteriorly oriented; its apex is equipped with a fingernail-like tooth. The safest way to distinguish species of the spiniger  group from each other is by means of the subanal plate. In this respect A. mossbergi  closely resembles A. karsios Jaschhof  , a species occurring in Sweden and Russian Karelia, but the outline of the subanal plate there is a X rather than a V ( Jaschhof & Jaschhof 2009: fig. 101D). Females and preimaginal stages of A. mossbergi  are unknown.

Etymology. In naming this species after Bo Mossberg, we honor Sweden’s outstanding, incredibly productive nature illustrator. His oeuvre, recorded in a number of successful books including Nordens flora, has fascinated and inspired generations of nature and art lovers in Sweden and abroad. 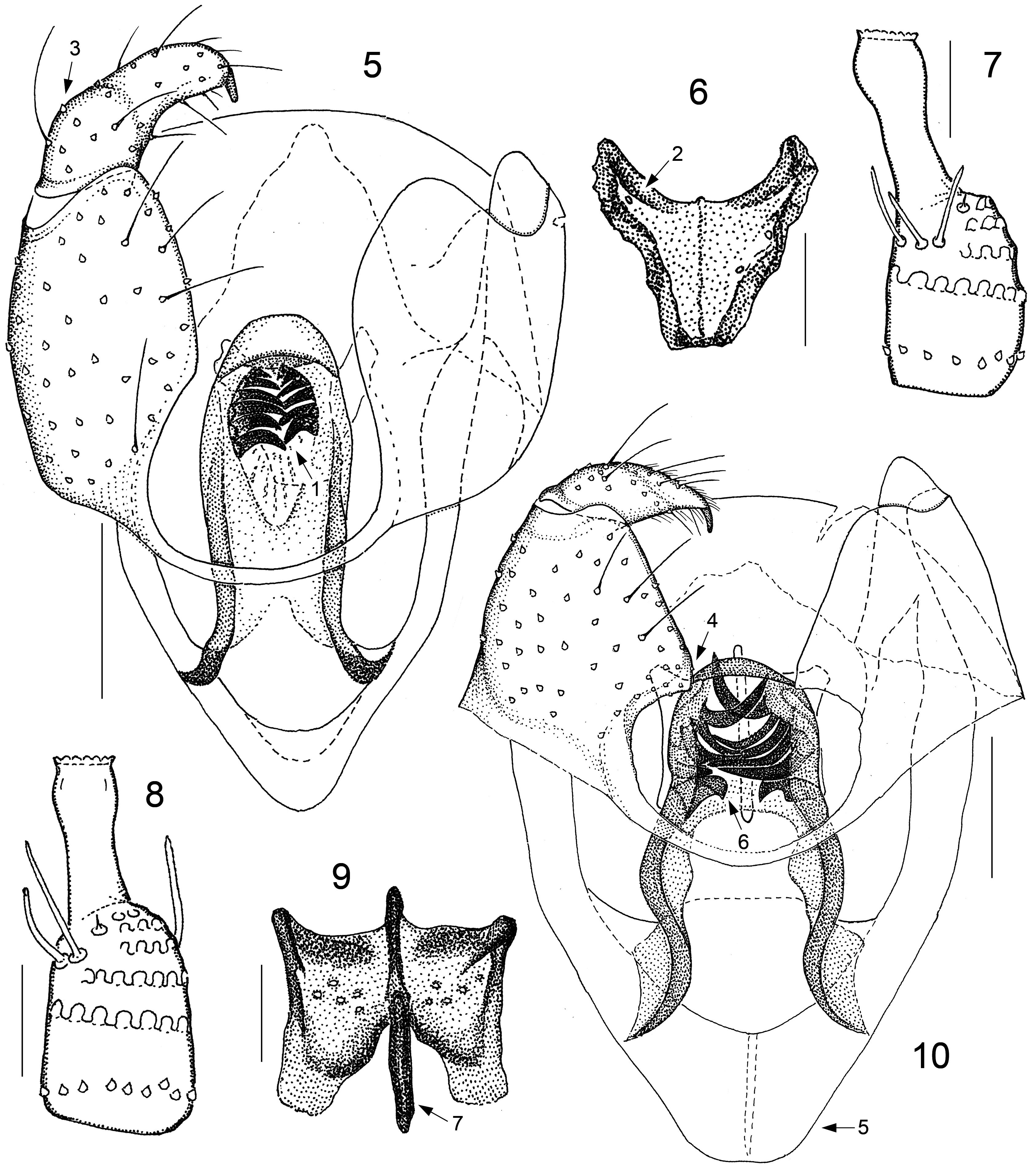