Three forms of the Poecilimon affinis-ornatus group occur in the Durmitor area. Although distributions differ, their ranges overlap and either two of the forms can occur sympatrically. It results that those three forms, despite great morphological similarity belong to three different species.

To validate similarity or differences between the taxa found on Durmitor and the nominate species of the group, cluster analyses were performed comparing the taxa with regard to (A) morphometrical data and indices, (B) characters of the stridulatory vein, (C) a combination of both, and (D) song characteristics ( Fig. 6 View FIGURE 6 ). However, one has to consider that cluster-analysis does not show any phylogenetic relations but simply the similarity of characters between the populations studied.

One of the forms resembles P. o r n a t u s (Schmidt, 1849) while two of them run to P. a f f i n i s (Frivaldsky, 1867) using the key in Harz (1969). Indeed, in general morphology, the first form is such similar to P. o r n a t u s from the Alps and northern Italy ( Fig. 6 View FIGURE 6 [as P. pseudornatus ]; Tab. 5 View TABLE 5 ) that it can only be recognised by stridulation, a syllable being more than nine times longer than in P. o r n a t u s ( Tab. 6 View TABLE 6 ). P. ornatus was described from the southeastern Alps (Steiner Alps now Kamnik in Slowenia). Specimens at hand from Obir in Carinthia that is close to the type locality and from Mt. Stivo in Trentino have the stridulatory file with a distinct swelling or bump at the transient zone between the narrow apical and the large central teeth thus that the central and the apical parts forming an obtuse angle against each other ( Fig. 10 View FIGURE 10 A; more distinct when using light microscopy than with this SEM micrograph!). The swelling can be regarded a characteristic feature of nominate P. o r n a t u s. The populations from Durmitor lack that bump on the stridulatory file (compare Figs. 9 View FIGURE 9 A and 10 A). As stridulatory behaviour is of isolating value in the genus Poecilimon , this form obviously represents a new, sibling species. For its similarity with P. ornatus , we call it Poecilimon pseudornatus sp. n. This new species was usually found on the high plateau of Durmitor between ca NN+ 1000–1600m; another conspecific population lives on Tara Mountain in western Serbia. It is possible that the new species also occurs in Macedonia where we found two forms similar to P. o r n a t u s: in one form the sinuate curvation of the stridulatory file is present, it thus obviously belongs to P. o r n a t u s as also Heller (1984, 1988) found no distinct difference in stridulation between P. ornatus from the southern Alps and from Macedonia. In the other form the bump on the stridulatory file is absent; the fastigium verticis is however strikingly broader then in P. pseudornatus from Montenegro. Investigation of the stridulatory behaviour is necessary to settle the taxonomic status of the second form from Macedonia.

The two forms similar to P. a f f i n i s found on Durmitor differ from each other in morphology and stridulation ( Fig. 6 View FIGURE 6 as P. a. dinaricus and P. nonveilleri ; Tabs. 5–6 View TABLE 5 View TABLE 6 ). The first is more slender with the pronotum of the male longer than broad and the ovipositor somewhat shorter. The fastigium verticis, however, although smaller than the scapus width is comparatively broader than in the second form. The second form is stouter but has a very narrow fastigium verticis. The pronotum of the male is distinctly widening behind and varies from slightly narrower to slightly broader than long. The ovipositor is longer and more robust than in the first form. The number of teeth on the stridulatory vein is distinctly lower and the duration of a syllable shorter in the first than in the second form.

The question arises if either of both forms belongs to P. affinis (Frivaldsky, 1867) . This species was described from Mehadia, in the Carpathian mountains of Romania. It was regarded a mountain species typical for the southern Carpathian mountains ( Kis 1962). Harz (1969) lists further localities from the Pirin and Rila mountains in Bulgaria, from Serbia, Bosna, Montenegro and Albania. Karaman (1974), comparing specimens from Yugoslavia with those from Romania, reduced the status of P. poecilus Ramme, 1951 (found on Šar Planina at the Serbian-Macedonian border) to a subspecies of P. affinis and described two new subspecies from south-western Serbia: P. a. serbicus from the environs of Priština and P. a. hajlensis from Hajla Planina. Another similar species, P. komareki Čejchan, 1957 , was described from Albania (environs of Tirana), and a subspecies of this, P. k. r u m i j a e Karaman, 1972, from the Montenegrin coast (Mt. Rumija). In his monograph on the bioacoustics of the genus Poecilimon, Heller (1984) synonymised P. poecilus Ramme with P. a. affinis and considered P. k o m a re k i as subspecies of P. affinis (the subspecies P. k. rumijae is not mentioned in his work). However, the author did not investigate specimens from type locality of P. affinis , but material from Kosovo, Macedonia and northern Greece. By that time, the species was not known from Greece according to the thorough morphological investigations of Willemse (1982, 1984). But later, Willemse (1985) adopted the opinion and data of Heller (1984). In contrast, we think it is obvious that several sibling species or subspecies similar to P. affinis with a rather limited distribution exist on the Balkan Peninsula.

We have not seen P. k o m a re k i but we had the opportunity to study specimens of the type series of P. rumijae studied by Karaman (1972). A morphological comparison of P. a f f i n i s from the type locality (material in the collections of the Naturhistorisches Museum Wien and the Entomologisches Institut Zürich) with similar specimens collected in eastern Serbia (Avala, Stol Planina and Stara Planina) and Montenegro gave the following results ( Tab. 5 View TABLE 5 ): With regard to external morphology, the specimens from Mehadia, eastern Serbia and the first form from Durmitor ( P. a. dinaricus ) belong to the same group, while the second form from Durmitor ( P. nonveilleri ) and P. r u m i j a e are distinctly different ( Fig. 6 View FIGURE 6 A). When data of the stridulatory veins are used as reference, specimens of P. affinis from eastern Serbia are almost identical with those from Mehadia, while specimens from Durmitor differ by a lower number of teeth. P. pseudornatus , P. nonveilleri and P. rumijae are rather uniform with regard to this character. Finally, if data of both external morphology and the stridulatory vein are used ( Fig. 6 View FIGURE 6 C), P. affinis from eastern Serbia and from Mehadia also appear to be most similar. It is thus likely that both belong to the same subspecies. However we will leave this question open until the song of specimens from the Carpathians will have been studied.

do. (upper limit). Localities of the material studied as in Tab. 5 View TABLE 5 .

One of the forms from Durmitor, the population living in the Sušica canyon, comes close to typical P. affinis with regard to external morphology, but is rather remote to it with regard to the stridulatory vein and song (compared with specimens from eastern Serbia, Fig. 6 View FIGURE 6 D): the number of teeth is lower and the duration of the syllable shorter in specimens from Durmitor ( Tab. 6 View TABLE 6 ). It thus represents a new subspecies Poecilimon affinis dinaricus s sp. n. The name refers to the distribution of the new taxon. This subspecies is not restricted to the Durmitor range as two males from Donje Bare (Sutjeska NP, 1500m, Bosna-Herzegovina, leg. Willemse) agree completely with regard to external morphology and stridulatory vein with the specimens from Sušica and thus also belong to the new subspecies.

The third form of the group in the Durmitor area lives predominantly in the Canyons of Tara, Piva and Sušica. It resembles P. r u m i j a e with regard to the relations between scapus and fastigium verticis, the shape of the pronotum and the stridulatory vein. Size and the proportions of the body differ however strikingly between both forms. More material from the coastal area of Montenegro and the transitional region as well as investigations on stridulatory behaviour are necessary to settle the relations between both. At the present knowledge we regard the Durmitor form as a distinct, undescribed species of the P. affinis-ornatus group, which we call Poecilimon nonveilleri sp. n. in honour of the late Prof. G. Nonveiller. 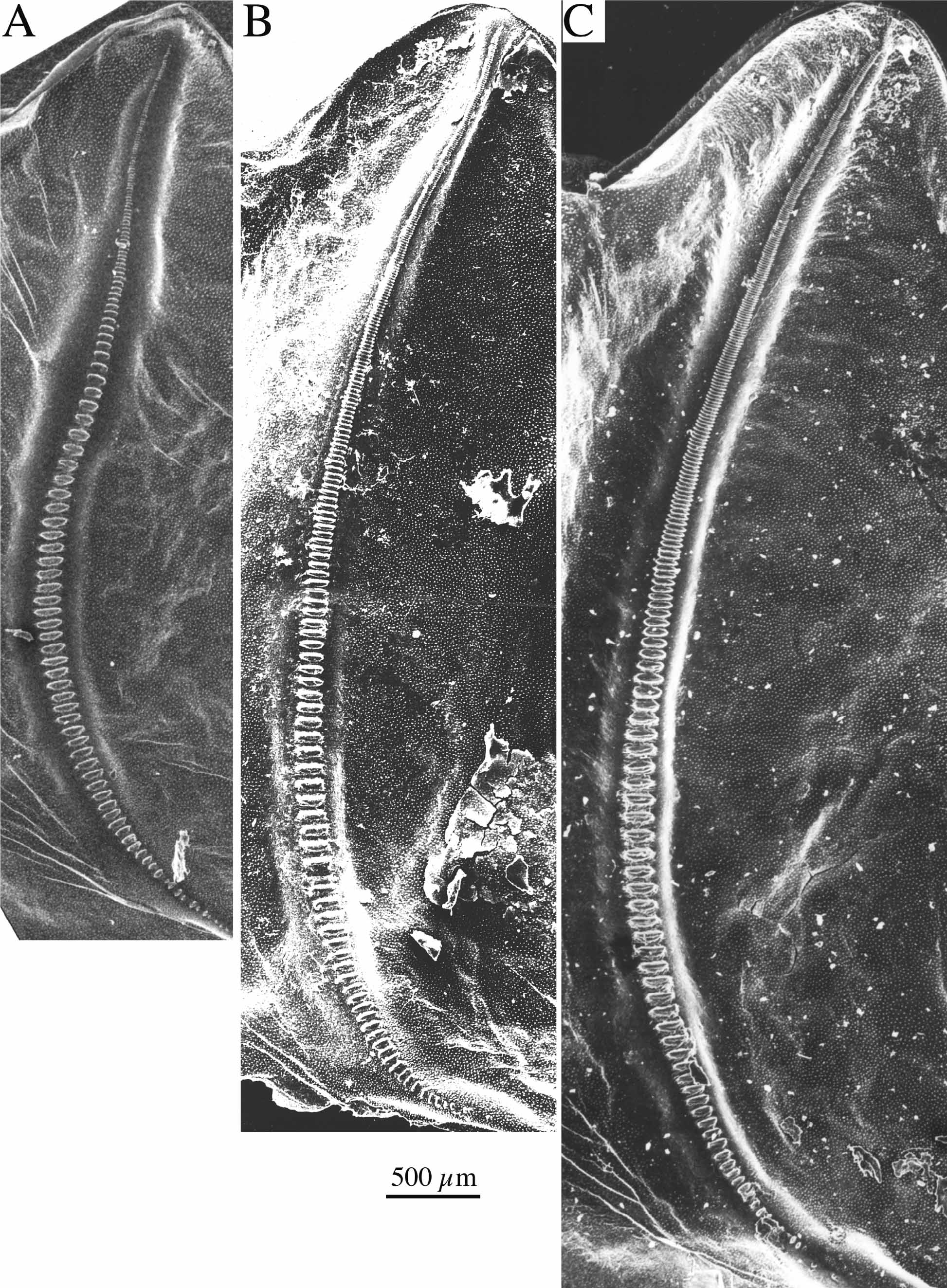 FIGURE 12. Oscillograms of calling songs of: A – B, Poecilimon nonveilleri (two syllables of different males).

TABLE 6. Characters of the male stridulatory file and songs of Poecilimon species of the affinis / ornatus - group