Diagnosis. The new subspecies is similar to the nominate subspecies P. a. affinis . It maily differs by the male stridulatory file and stridulation as outlined in the key and discussed above.

As in the preceding species, the dark colour variant appeared in specimens that were bred from the egg in laboratory. Transient forms were found in the field.

Etymology. The new subspecies is named after its distribution in the Dinaric Alps.

Stridulation ( Fig. 11 View FIGURE 11 D): Stridulation was mainly heard in the evening and early night. It is monosyllabic. Compared with the preceding species and P. affinis from eastern Serbia, the initial "sss" is almost suppressed ( Tab 6 View TABLE 6 ). The syllable consists thus mainly of the final "zip". The main frequency is at about 17 kHz. Often a variable number of syllables are repeated in short intervals to form loose sequences. 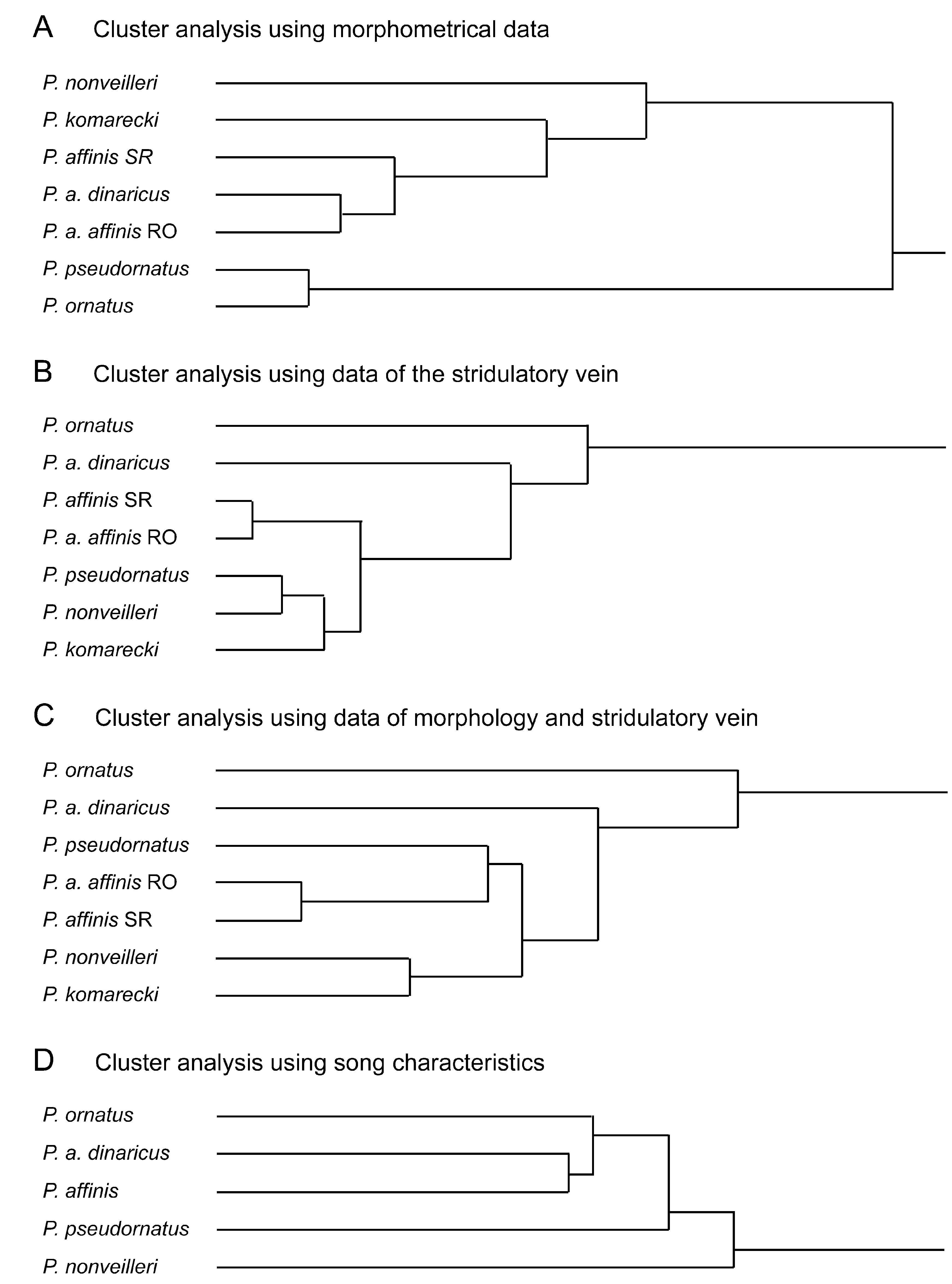 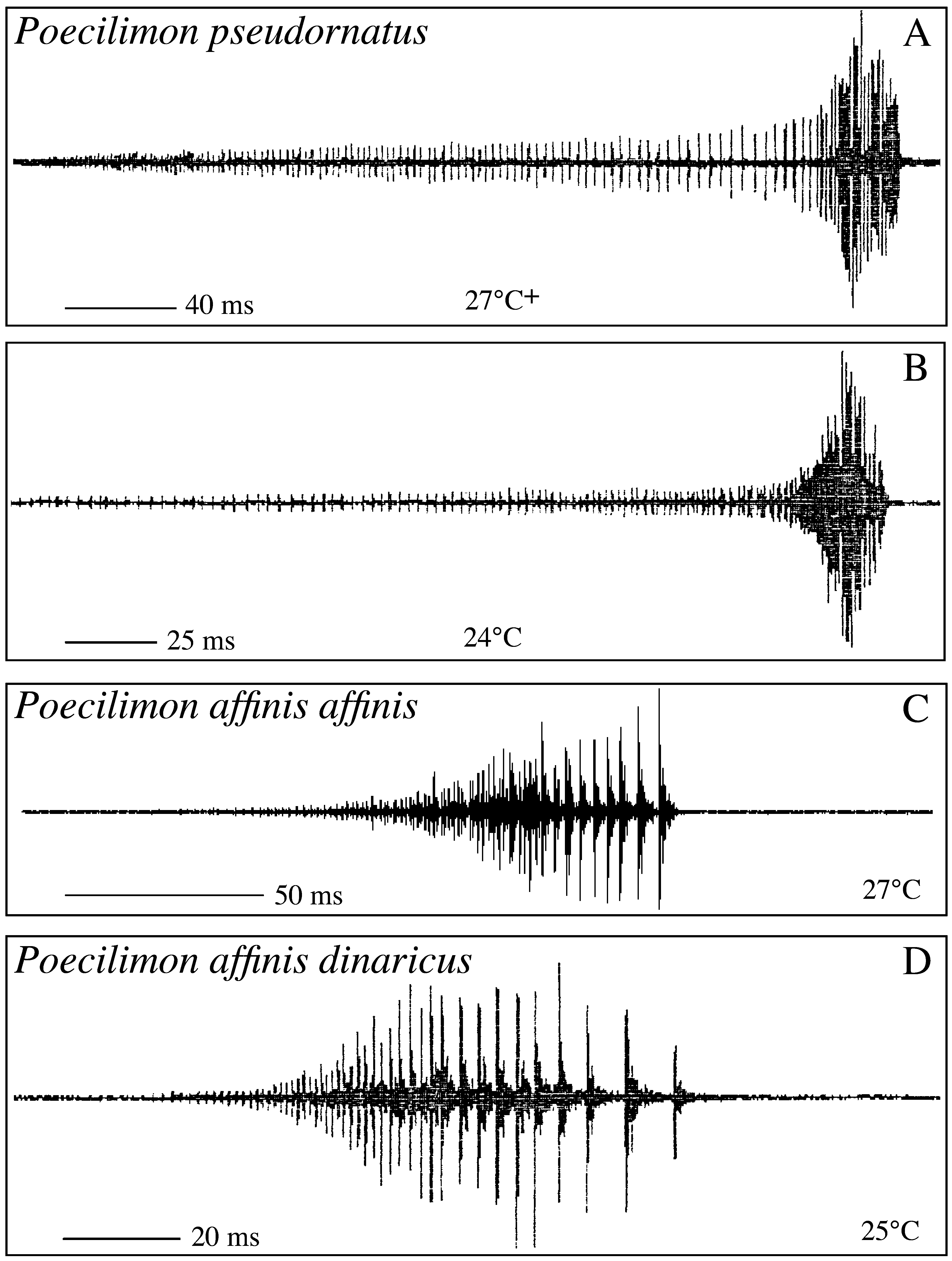 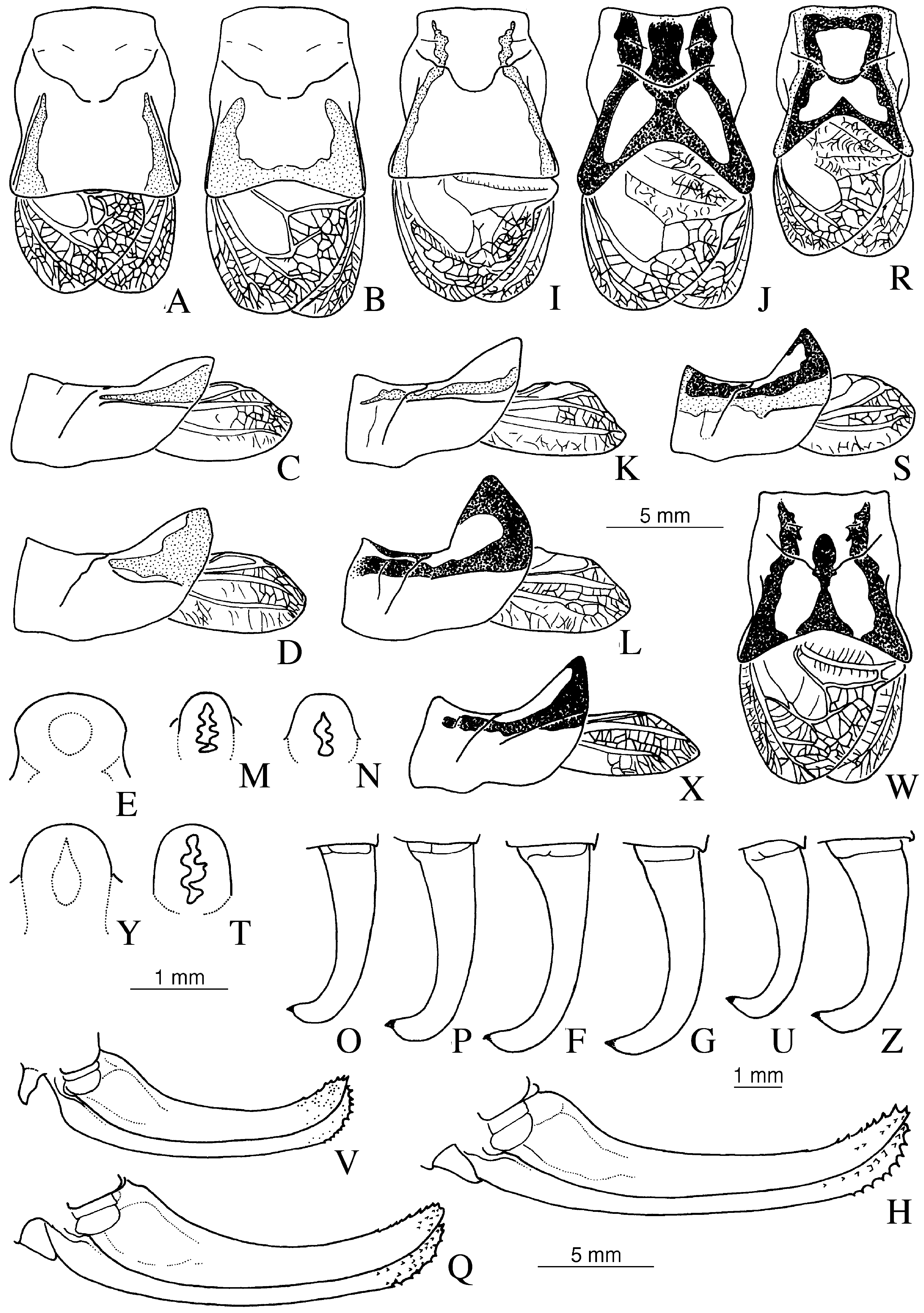