Type. Juvenile holotype from “Westliches Nordamerika: Oregon Cave [now Oregon Caves National Monument, Josephine Co., Oregon]”, conserved in the Senckenberg Museum, Frankfurt am Main, Germany (RII/1745/15; examined 2012). The type was collected in 1928 by the Italian entomologist Filippo Silvestri, hence the name. The drawings and description in Roewer (1929) would lead one to believe that the type is mature, but it is at best a midterm instar juvenile, as are the other two specimens mentioned in the original account, but not given status as paratypes   . However, topotypical specimens from Oregon Caves support the hypothesis that T. silvestrii   is a distinct species.

Diagnosis. Taracus silvestrii   is quite similar in body size and general appearance to T. pallipes   , which is probably nearly sympatric, but comparison of the two side-by-side immediately allows separation. While the two species are close in body length and bulk, T. silvestrii   has significantly longer legs, chelicerae and palpi, and the abdomen has fewer setae and less sclerotization. Taracus silvestrii   is distinct from T. marchingtoni   , n. sp., in having a larger body yet shorter legs, chelicerae and palpi, and in having much larger, darkly pigmented eyes. Unlike most other Taracus   species in the region, the anterior sulcus of the carapace is not open but fused, and present only as a deep groove which does not reach the anterior margin of the ocularium.

Distribution. All specimens available to us were collected at various places in Oregon Cave, Oregon Caves National Monument, Josephine Co., Oregon, 42.098°N, 123.407°W. The species occurs in both twilight and dark zones of the cave. Collections made in May 2011 and September 2012 by park staff consist of eight females and two juvenile specimens. Additional females and juveniles collected earlier from the same locality by Rod Crawford are in the Burke Memorial Museum, and others are in the CAS and AMNH collections. The Burke Museum had a male, but it was not returned after having been loaned and is presently lost (R. Crawford, pers. comm. 2012). Unfortunately additional males have not been collected at this time.

Notes. Though T. silvestrii   has so far been found only in Oregon Cave itself, observers report that Taracus   specimens have been seen in the forests surrounding the cave (John Roth, Axel Schönhofer, pers. comm. 2012). It seems likely that these individuals would be examples of T. silvestrii   . The species has no obvious morphological adaptations for cave life but is evidently strongly troglophilic. It is possible that T. silvestrii   arose as an isolated population of T. pallipes   or a common ancestor of both species, the longer appendages of the former species resulting from modest adaptation to the cave environment.

Given the location and elevation of Oregon Caves National Monument, and the similarity of this species to T. pallipes   , we would expect it to be winter-active, but all the mature specimens were taken in May or September. However, only females were found. It may be possible that females live longer than males and that the cool, humid conditions in the cave promote their survival. The presence of central areas of sclerotization anterior on the abdomens of females suggests (by analogy with other species) that males probably show scutum parvum. Perhaps males mature in winter and die after reproducing, while females live on, especially if they find their way into the cave. All speculation, as we know little or nothing of the life histories of any Taracus   species. 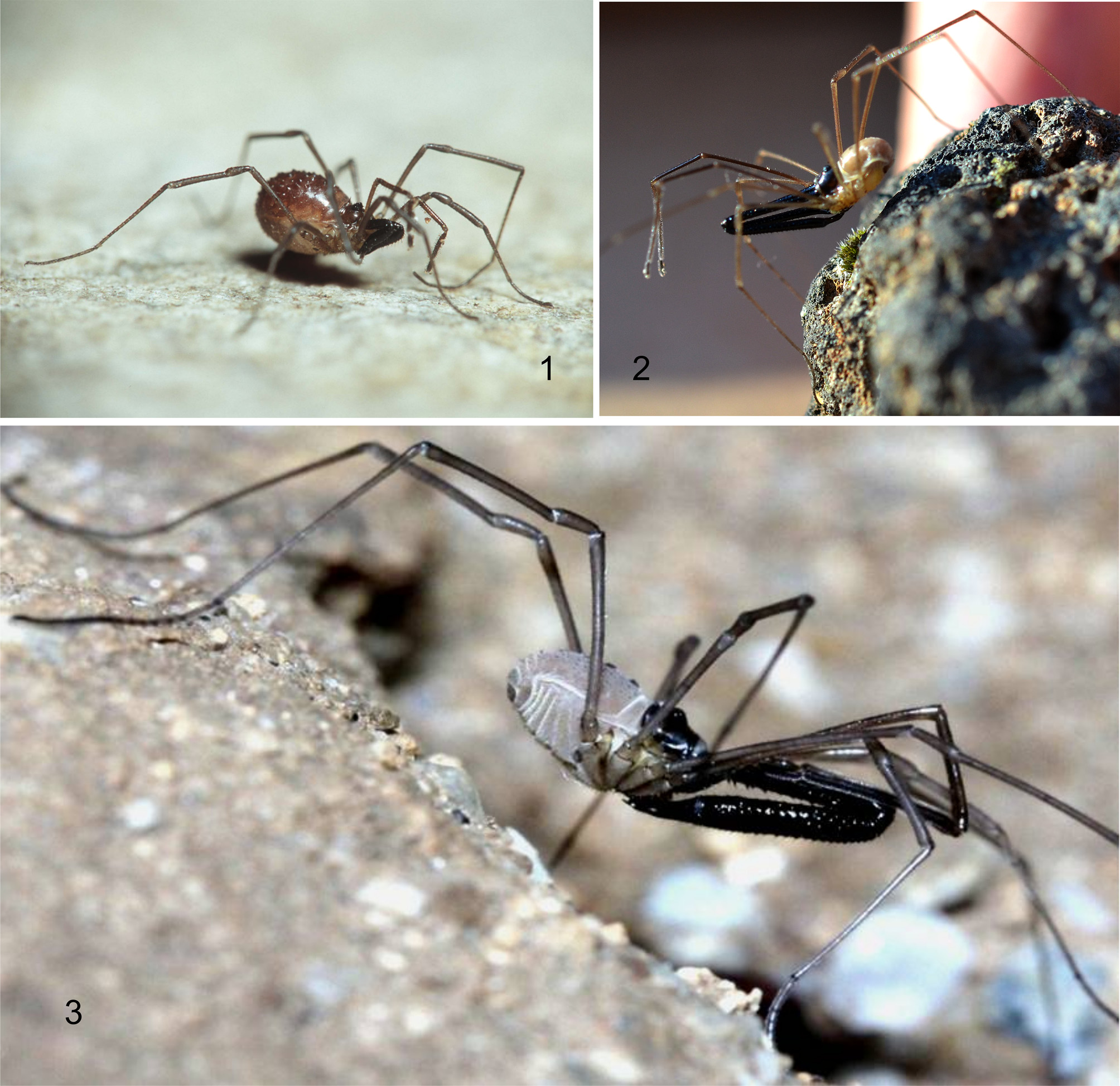 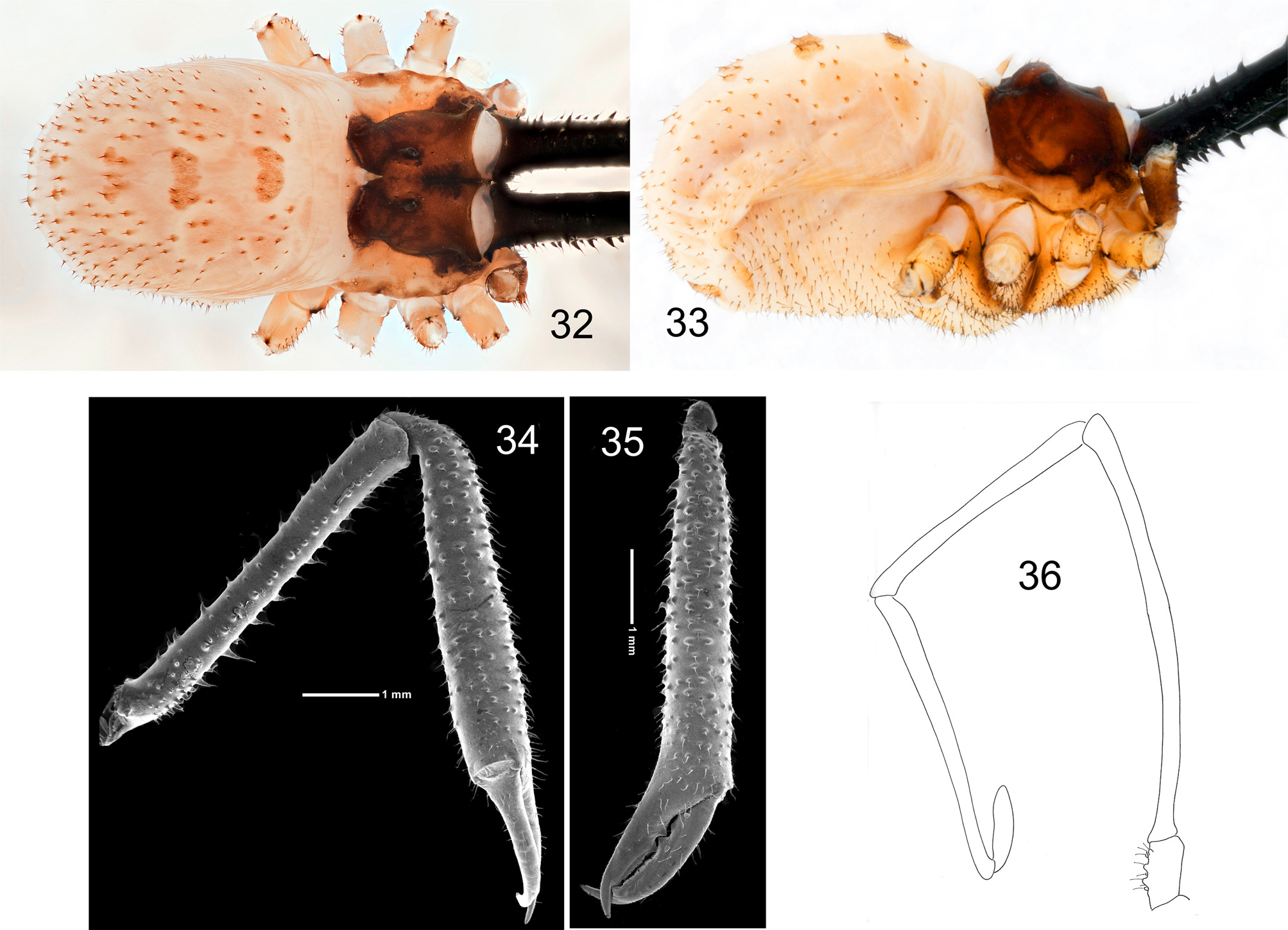 TABLE 5. Lengths in mm of palpal and leg articles of female Taracus silvestrii.