Diagnosis. Species of Taracus   and the new genus Oskoron   can readily be distinguished from all other ischyropsalidoids by the presence of a single metapeltidial sensory cone. The abdomen is often unsclerotized except for small plaques, but ranges to scutum parvum (in which the first five abdominal terga are fused into a scutum that remains separate from the carapace) in the males of some species. Unlike sabaconids, surface-dwelling Hesperonemastoma   are heavily sclerotized, entirely black in color (the color of the two troglobiotic Hesperonemastoma   species range from pale brown to transparent white [ Shear 2010b]), lack sensory cones, and the metapeltidium, abdominal scutum and carapace are fused into a single dorsal shield. In Sabacon   , relatively softbodied like Taracus   , the palpal tibia is inflated and bears a glabrous area distally, against which the tarsus reflexes; in Taracus   the articles are not conspicuously inflated and the glabrous area on the tibia is absent. Sabacon   species all have two sensory cones and at most show scutum parvum, but most European and Asian Sabacon   species have poorly sclerotized abdomens. For other genera of the superfamily, Ischyropsalis   species have multiple sensory cones, while species of Acuclavella   and Ceratolasma   , like Sabacon   species, have two. Crosybcus, like Hesperonemastoma   , lacks sensory cones. These latter four genera show scutum parvum or completum, with heavy sclerotization.

From the closely related Oskoron   , Taracus   can be separated by the chelicerae longer than twice the body length, the lack of modified palpal patellae in males, and by the distinctive seta-tipped tubercles that cover the abdomen and ocularium of Oskoron   species. In Taracus   , the endites of the second coxae are strongly reduced and separated from the coxae (a synapomorphy for Taracus   ), but in Oskoron   they are inserted in unsclerotized recesses in the coxae.

Distribution. Rocky Mountains of Colorado, southernmost Wyoming and northern New Mexico; isolated populations in caves in Utah and eastern Nevada; southeastern British Columbia and adjacent Alberta, Montana and Idaho; Vancouver Island and southwestern British Columbia south to northern California in the Coast Ranges and Cascade Mountains; San Francisco Bay area, Sierra Nevada of California; lava tubes in central Oregon; Vladivostok region of Siberia. In a preliminary work Shear (1986) also mentioned and mapped a record from northeastern Arizona; while such an occurrence is still plausible, we were not able to verify this from specimens examined for this study.

Etymology. Taracus   (or Taharqa, reigned 690-664 bce) was an Egyptian king, a successor to Sabacon   (or Shabako, reigned 713-698 bce). Christian mythology also recognizes a St. Tharacus, but Simon (1879) based the name on the Egyptian king, presumably to emphasize a perceived relationship to Sabacon   . Gender of the name is masculine. 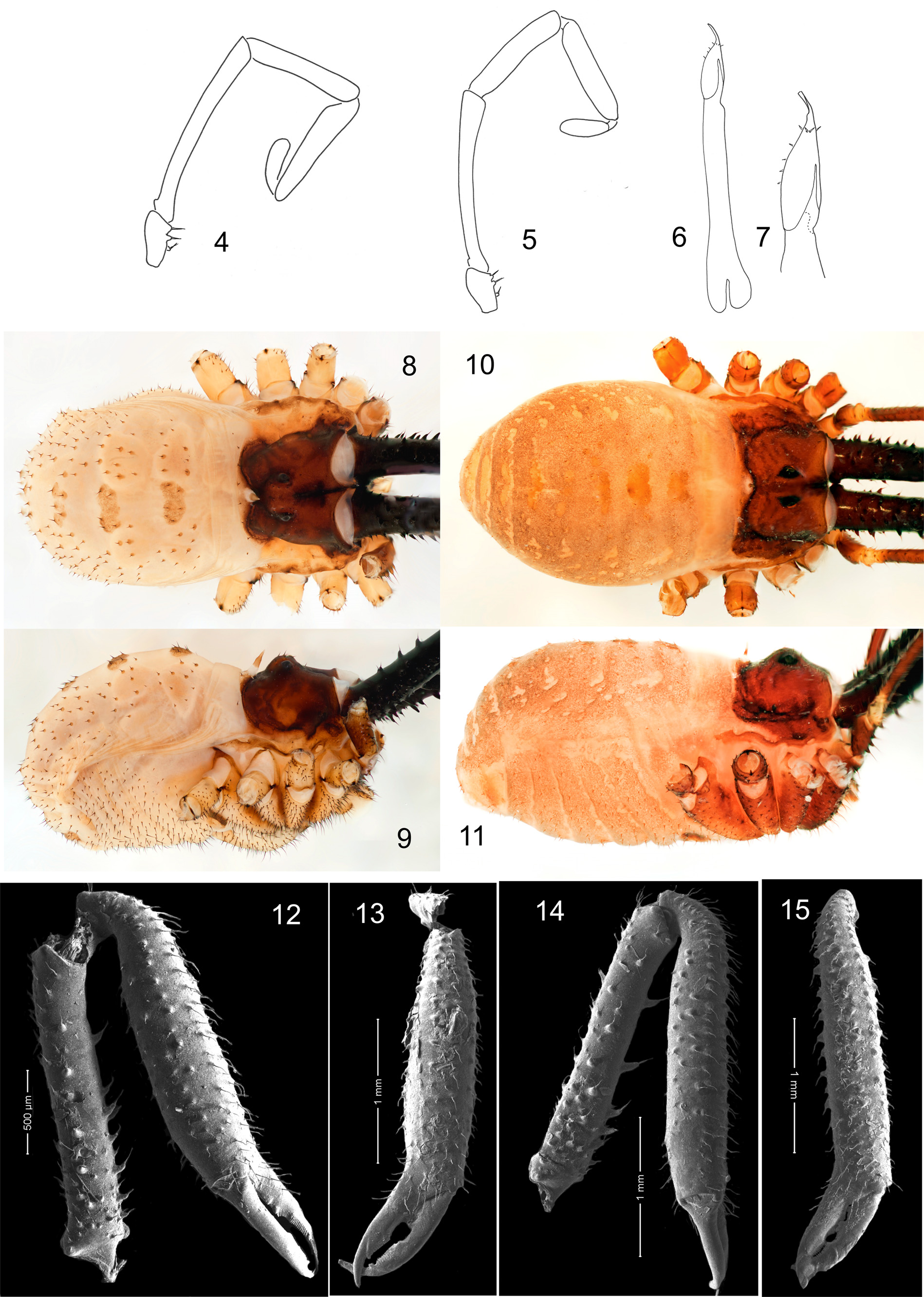