Diagnosis. The single available specimen of this species differs from T. taylori   in a number of respects; the eyes are of normal size and pigmented, the legs are significantly longer than in that species, the chelicerae are smaller, more slender and less spiny, and there are fewer abdominal setae. As mentioned under T. taylori   above, the hypothesis that this single individual represents a distinct species should be tested using genetic data from fresh collections.

Etymology. The species epithet is a noun in apposition, “lost (or wandering) hope,” suggested by Rod Crawford.

Distribution. Known only from Lost Hope Cave, about 6.4 km WSW of Ruby Lake, Elko Co., Nevada. We do not further locate the cave itself because of conservation concerns.

Notes. Lost Hope Cave is situated at about 7600’ asl in the Ruby Mountains; while at this altitude and latitude, pine-juniper woodland would be the expected vegetation, in the Ruby Mountains sagebrush scrub extends to 8000’ or slightly above, definitely not good habitat for Taracus   . Observation of the area of the cave via Google Earth shows only scattered trees, sparse clumps of sagebrush, and virtually no ground cover. It is likely that T. spesavius   is limited to caves, although populations might exist in riparian habitats. While there may be the possibility of populations at higher elevations, even the crest of the Ruby Mountains (over 10,000’ asl) has little or none of the dense forest that seems to be required by Taracus   .

The single individual available, unlike the males of T. taylori   , has pigmented eyes that approach normal size. However, varying degrees of troglomorphy can occur in opiliones   populations that are (by genetic measures) the same species (Dekarabetian et al. 2010). 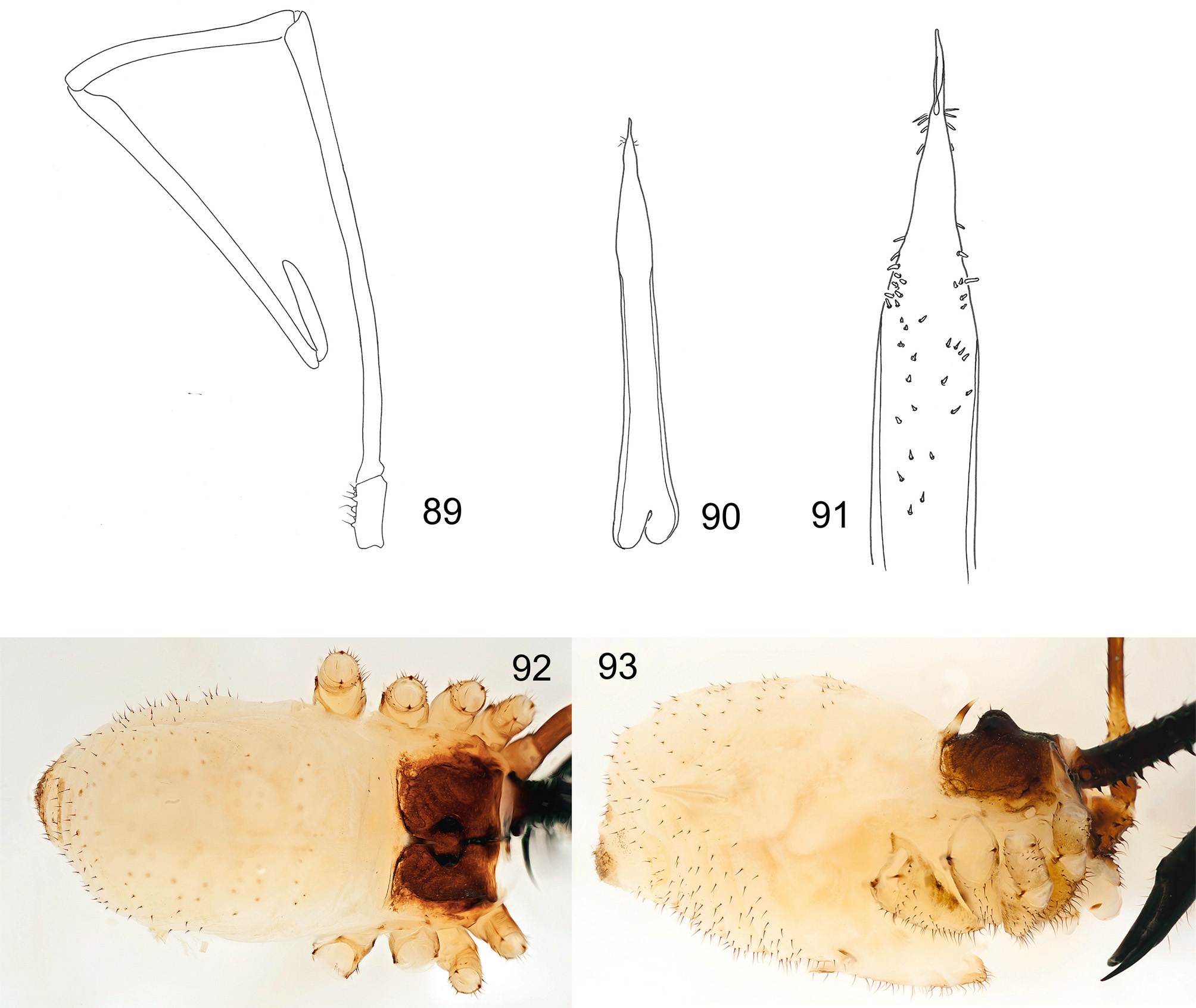