Remarks. This specimen is characterised by having ventral shields separated from neuropodial tori by a narrow gap, long and slender inferior thoracic chaetae (type B), thoracic uncini with medium-length handles, a collar with dorsal margins fused to faecal groove, conspicuous and spatulate dorsal lappets, and a ciliated caruncle.

All these features agree with the recent description of Megalomma acrophthalmos ( Grube, 1878)   by Tovar- Hernández & Carrera-Parra (2011), except that M. acrophthalmos   typically possesses subdistal compound eyes on most radioles, apparently absent in this specimen. Regeneration of the distal end of radioles is speculated, supported by the observation of enlarged knobby structures on both dorsalmost radioles. It is also different, however, to the specimens from Western Australia reported by Capa & Murray (2009) as M. cf. acrophthalmos   , which have a short keel-like structure between the dorsal lips, unlike the ciliated caruncle present on this specimen and M. acrophthalmos   . Thus we are tentatively assigning the specimen to M. acrophthalmos   until more undamaged material is found. If this identification is confirmed it would represent the first record for the species in Australia. Megalomma acrophthalmos   was grouped together with other species sharing the presence of a collar with dorsal margins fused to faecal groove, pockets present and eyes in most radioles, into "Group 1 A" of Knight-Jones (1997) ( Capa & Murray 2009), a group recovered as a monophyletic clade by Capa & Murray (2009) but not by Tovar- Hernández & Carrera-Parra (2011). 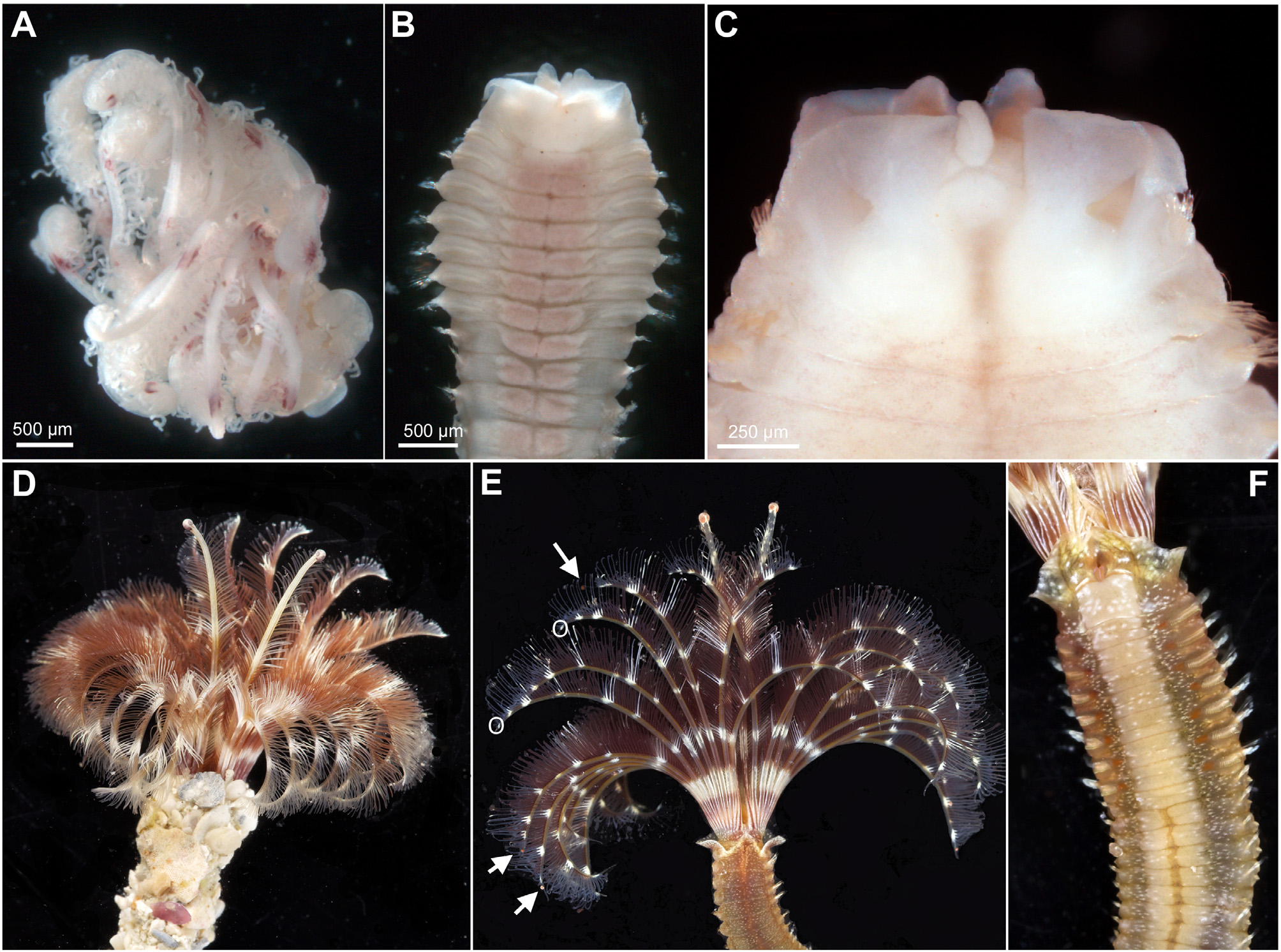