Remarks. This species is the only extant species in the genus. It is characterised and distinguished from other sabellids by the calcareous tube and chaetae with hoods formed by loose microtubules with plumose appearence, which explains why they have been referred to as spinose chaetae in the original description ( Perkins 1991). The companion chaetae were described as hooked, probably because the ones observed by Perkins (1991) were folded (as in Fig. 8 View FIGURE 8 E), but are now shown to be paleate chaetae with almost symmetrical edges ( Fig. 8 View FIGURE 8 F). Subsequent to its original description, some specimens were collected from Lizard Island in 2005, in order to provide genetic data of the species for deposition in GenBank ( Kupriyanova & Rouse 2008). Only known from the type locality. 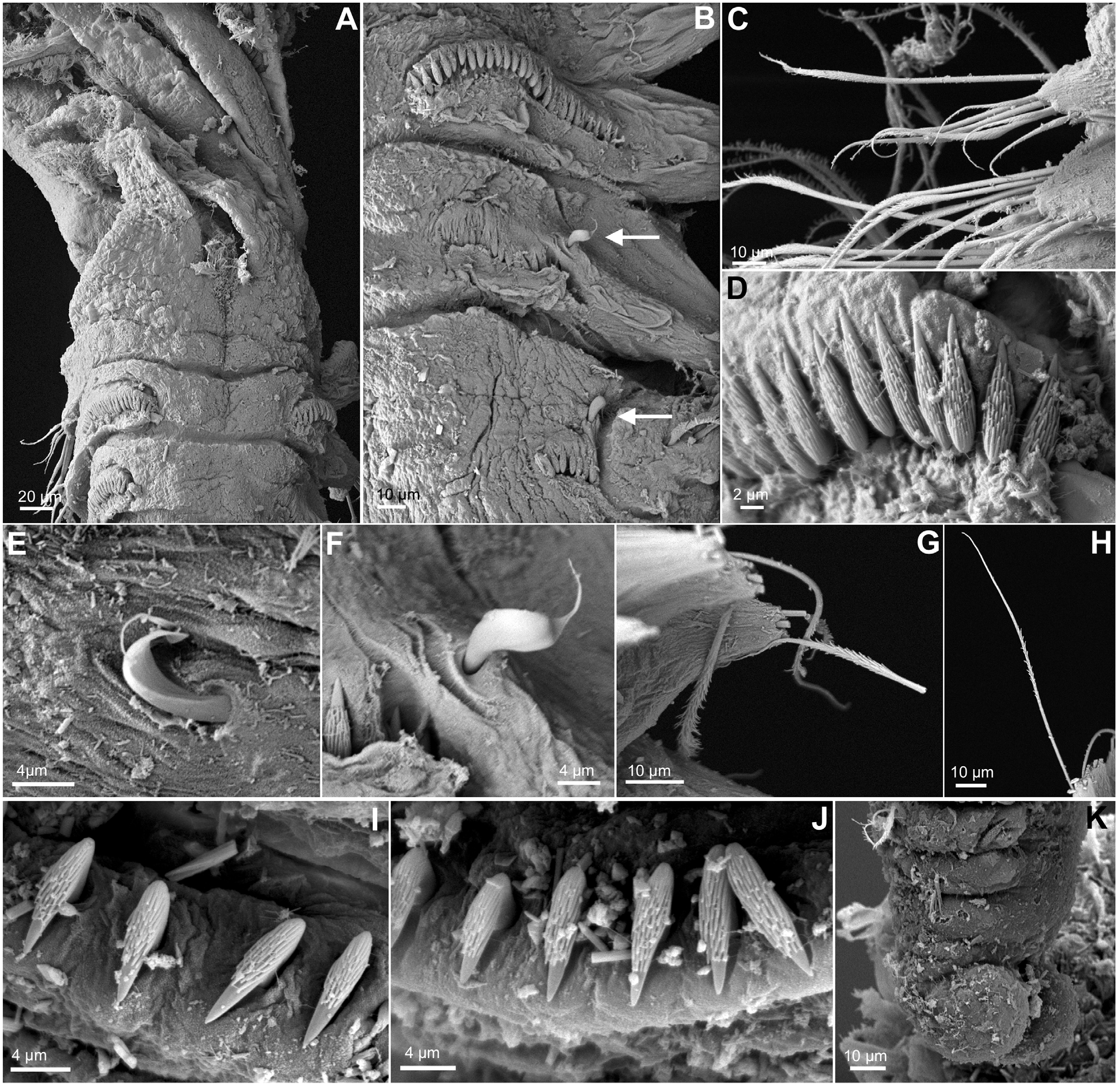