Remarks. This species is characterised by the presence of a spongy structure on the dorsum of the anterior thoracic chaetigers, variable in size and pigmentation, a feature which is unique among Australian congeners and only shared with B. paraporifera Tovar-Hernández & Salazar-Vallejo, 2006   , from the Caribbean. The latter species is distinguishable from B. porifera   by the presence of radiolar eyes. According to Knight-Jones and Perkins (1998), the species could be widespread in the warmer waters of the Indo-Pacific. It was previously recorded from Cape York in Queensland by Augener (1922). First record from Lizard Island. 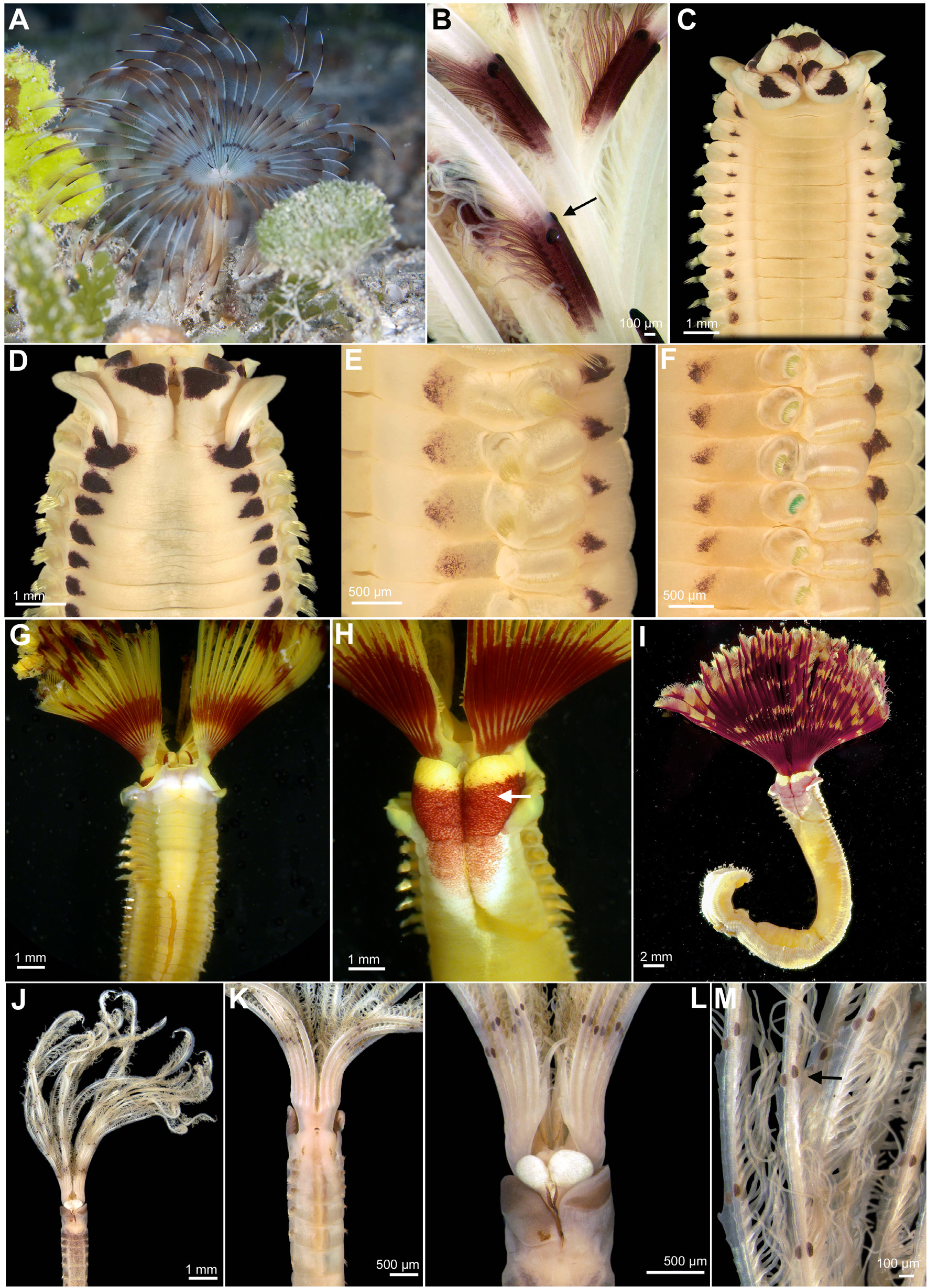