Remarks. Perkinsiana anodina   is distinguished from other congeners by a unique combination of characters: dorsal radiolar and pinnular appendages approximately the length of two thoracic chaetigers, thoracic tori and ventral shields separated by a wide gap, first chaetiger similar in length to the remaining thoracic segments, oblique collar with large and subtriangular ventral lappets, and thoracic uncini with handle twice the length of the distance between breast and main fang, with long neck and small breast (Capa 2007). This species can be differentiated from the other species of Perkinsiana   present in Australian waters, P. longa   Capa, 2007, as P. anodina   lacks an elongate first chaetiger, long dorsal radiolar appendages and the pigmented peristomium characteristic of P. longa   (Capa 2007). This species is not common and only eight specimens are known so far from Australia, so these records double the number of collected specimens. First record for Queensland. 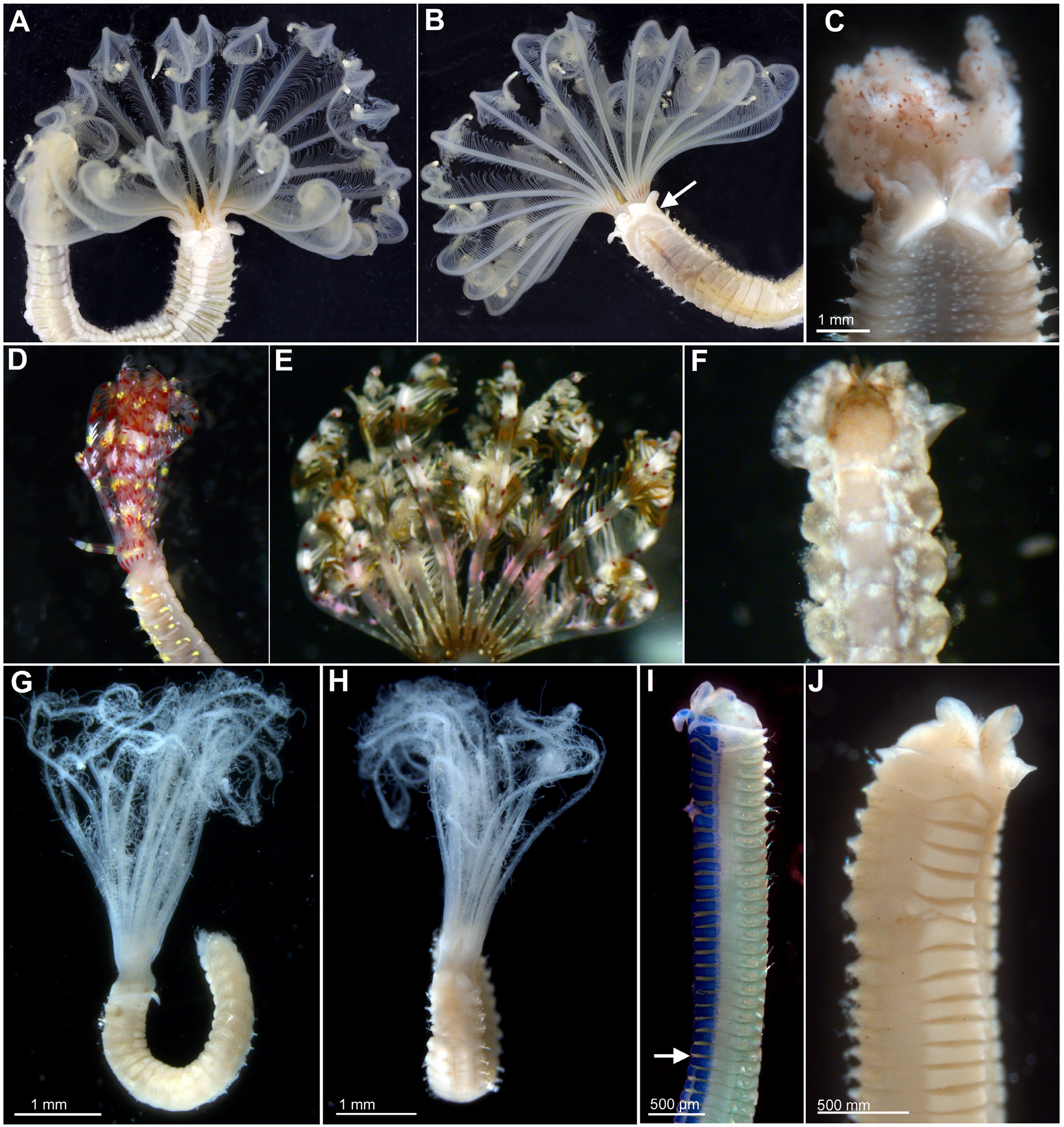