The S. spinipes  group is characterized by the presence of a few short hairs, a little finer and longer than those on the thoracic dorsum, on the posterior slope of the callus between the posterior thoracic spiracle and wing base on the katatergite (=metapleural callus of authors). Also, Knutson & Orth (2001) characterized this group by the presence of a presutural intra-alar seta (sometimes referred to only as "presutural"). We have examined several hundred specimens of S. spinipes  from the Western Palearctic and S. americana  from North America. In fact, a distinct presutural intra-alar seta is absent in most specimens. When present, it is at most only twice as long as, and slightly more erect than, the surrounding hairs on the thoracic dorsum.

In this group only one holarctically distributed species with the Palaearctic nominate subspecies and the Nearctic S. spinipes americana Steyskal, 1951  has been recognized. Steyskal distinguished his new subspecies in his key to the American species of Sepedon  by presence of the orbital spot, the slightly pruinose and bare middle part of the face, the haired katatergite (more precisely a supraspiracular convexity of the metathorax), the distinctly outwardly bowed posterior crossvein, the mid femur with a strong mid-anterior bristle, and the thickened and concolorous tawny hind femur. These characters are also well distinct in the nominate form of S. spinipes  occurring in the Palaearctic region as confirmed by Steyskal (l.c.) in material from France, Greece and Latvia. The only distinguishing character stated by him was the difference in structures of the male terminalia.

The recently re-examined representatives of both “subspecies“ prove that actually there are no external non-genitalic distinguishable characters among both taxa but some major structures of the male terminalia, especially the conspicuously different shape of the aedeagus ( Figs 22, 26View FIGURES 20 – 27), are even more different than within members of the S. fuscipennis  group ( Figs 12–15View FIGURES 8 – 19). The male terminalia structures of S. americana  fit well with the original figure published by Steyskal (1951, Fig. 23View FIGURES 20 – 27) and are markedly different from any species collected in the Nearctic Region. Therefore the differences found between S. spinipes  and S. americana  may be considered to be of a specific level in full accordance with the current general concept of species in the large genus Sepedo  n. The S. spinipes  group as defined by Knutson & Orth (2001) thus does not include only one species with a Holarctic distribution but two different species, the Nearctic S. americana  and the Palaearctic S. spinipes  . 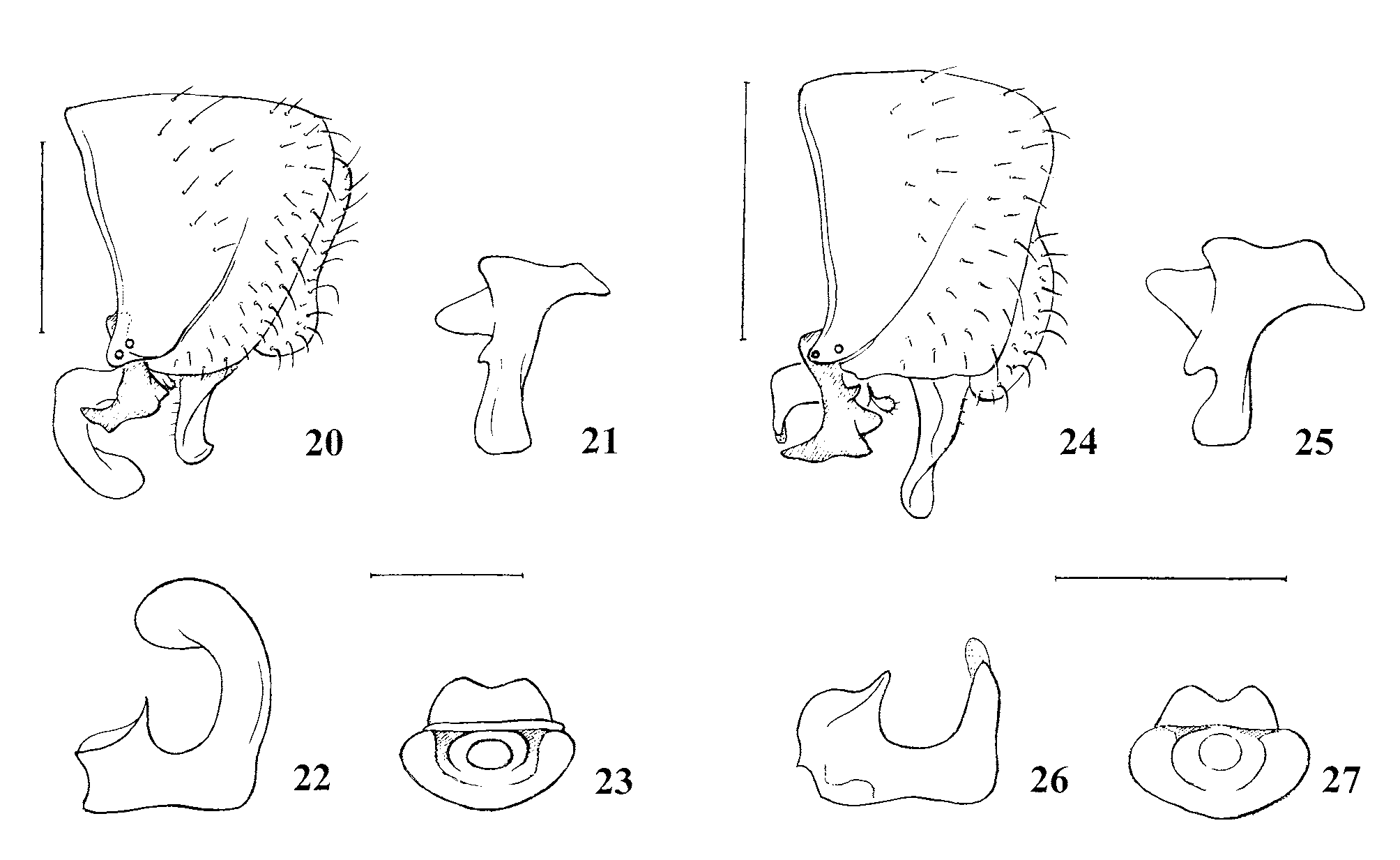 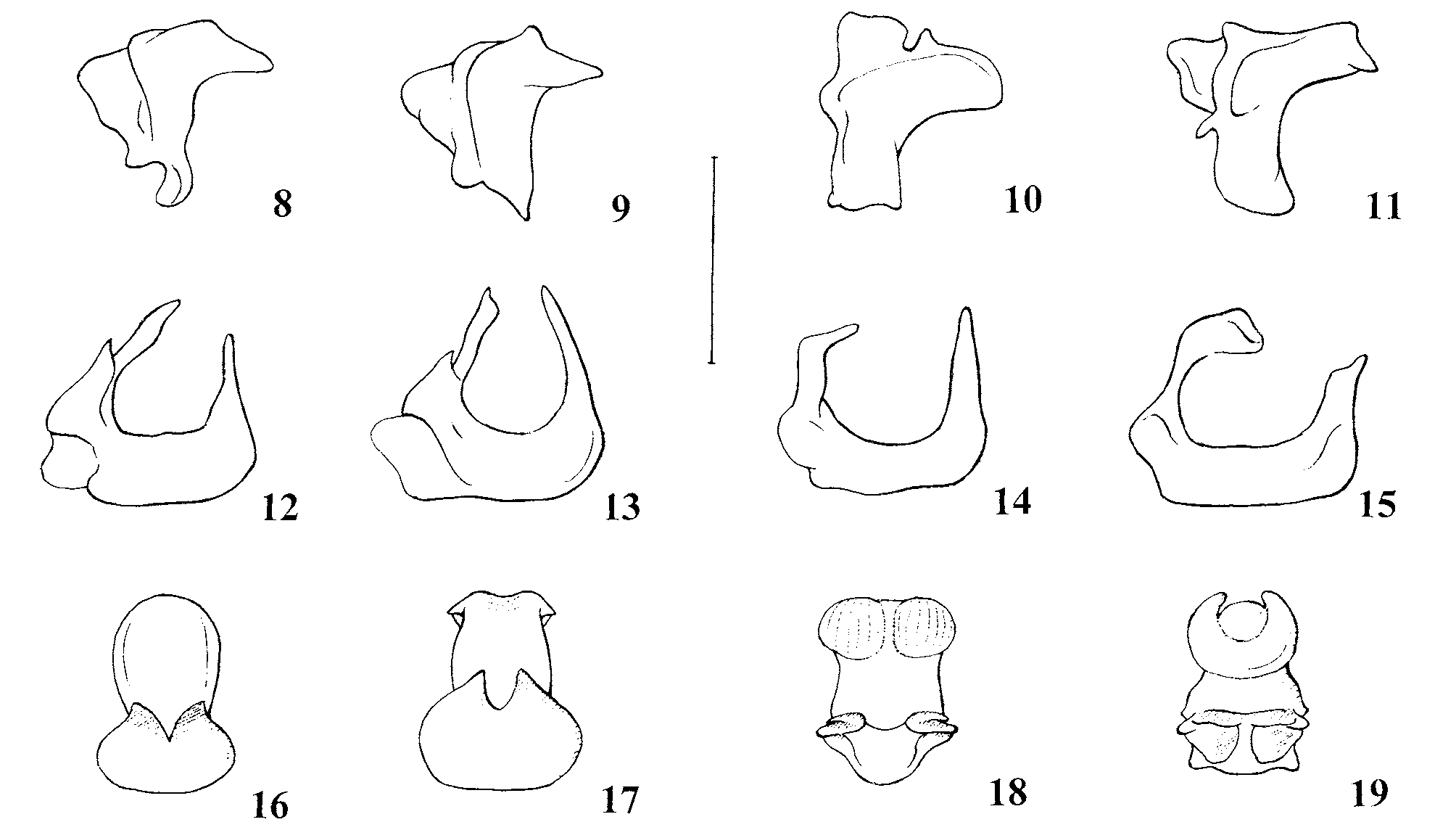