Etymology. The species name is derived from Latin "occidens" meaning western as the species was recorded in Western Australia.

Further material examined. No material from other localities available

Differential diagnosis. The putative sister species of Eocyzicus occidentalis  sp. nov. could not be unambiguously identified in the phylogenetic analyses by Schwentner et al. (2014), but it appeared closely related to E. richteri  sp. nov. and E. breviantennus  sp. nov. Morphologically it resembles Eocyzicus timmsi  sp. nov. and E. richteri  sp. nov. ( Fig. 2aView FIGURE 2), but can be distinguished by the number of all growth lines, number of lobules on the antennules (only E. timmsi  sp. nov.), number of segments at the antenna and number of telsonic spines (latter two characters only for E. richteri  sp. nov.; Table 1). Hence, this species can be considered a separate species based on the PSC (Wheeler & Platnick, 2000) and the ESC (Wiley & Mayden, 2000). However, due to its allopatric distribution in relation to all other Australian Eocyzicus  species a delimitation following the BSC (Mayr, 1942) remains ambiguous.

Distribution and ecology. E. occidentalis  sp. nov. was recorded from a single turbid claypan and does not occur sympatrically with any other studied Eocyzicus  species. 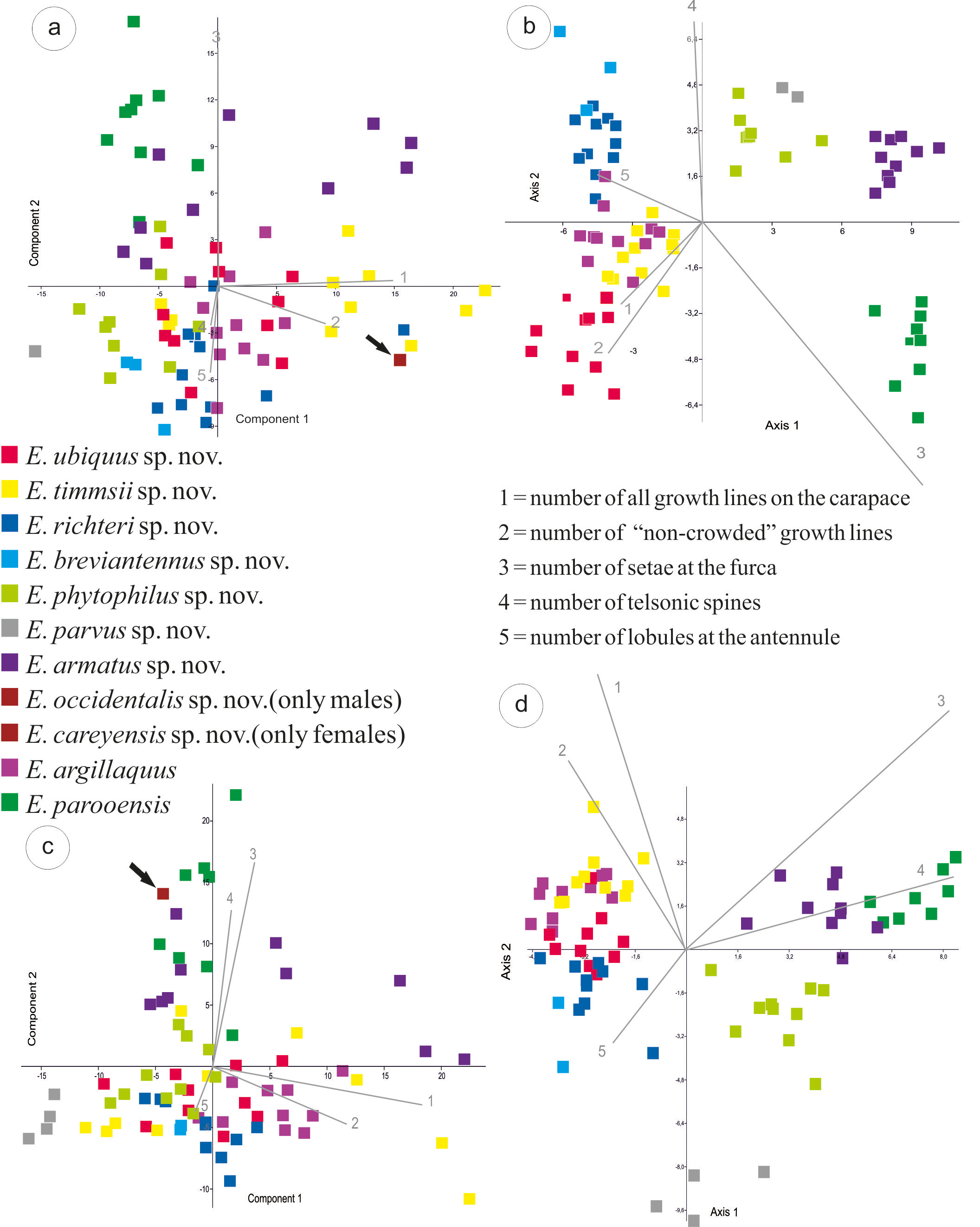 FIGURE 2. Principal Components Analysis (PCA) and Cannonical Variates Analysis (CVA). In the CVA specimens are assigned to species prior to analysis, whereas no such assignment is done in the PCA. a, PCA of males. b, CVA of males. c, PCA of females. d, CVA of females. Each square corresponds to one individual.Bold arrows indicate the single individuals of E.occidentalissp.nov and E.careyensis sp. nov., respectively.Axeswith most importantcharacters are displayed inlight grey. 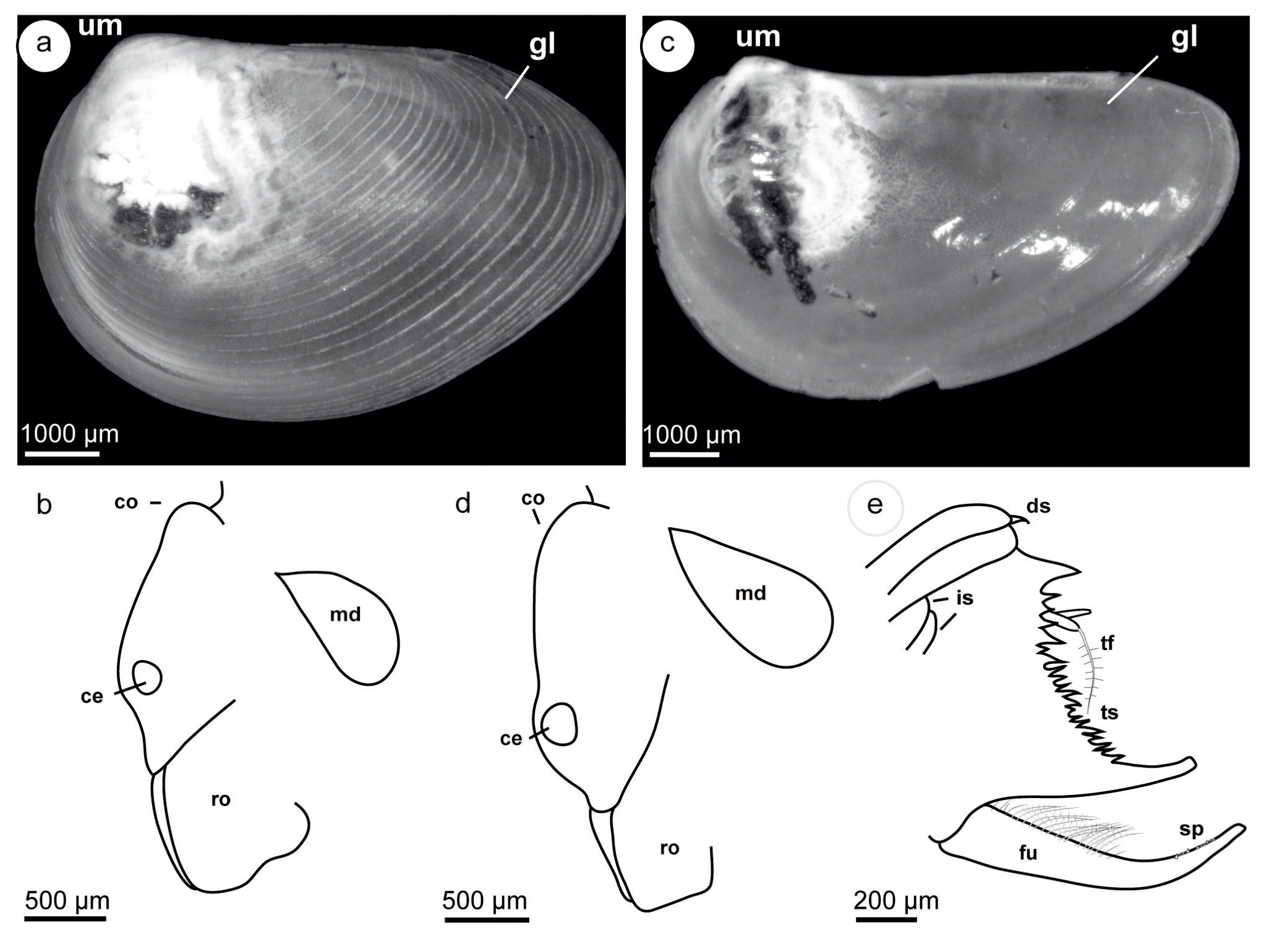