Paromalus teres   is newly recorded on Prince Edward Island. The species is generally distributed in the Maritime Provinces, although few records are known from New Brunswick ( Fig. 1 View Fig ). It has been recorded in Canada from the Northwest Territories, Alberta, Ontario, Quebec, New Brunswick, and Nova Scotia and occurs in neighbouring states in the United States from Minnesota to New York and Connecticut. It is found under the bark of dead spruces and pines ( Bousquet and Laplante 2006). 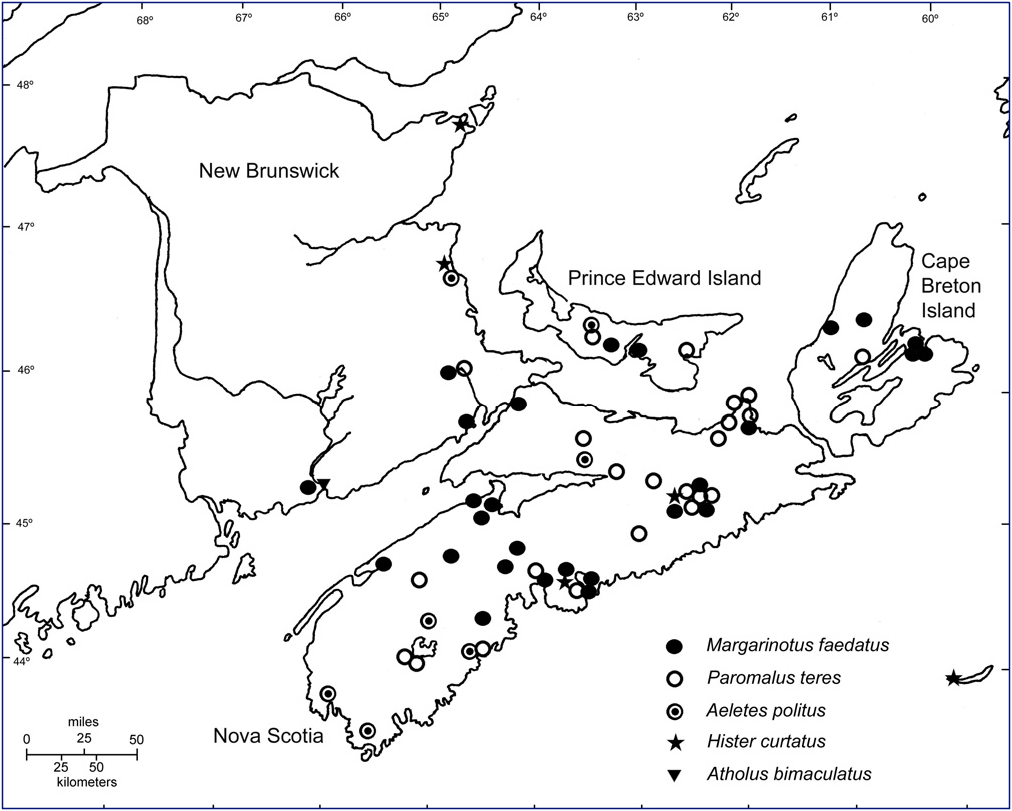