Diagnosis. Peckhamia montana   comb. nov. ( Fig. 54 View FIGURE 49–55 ) can be distinguished from other congeners by the male palp with the rR reduced, separated by three times the height of the pdR, and the RTA very short and very wide at the base.

Distribution. Only known from the type locality ( Fig. 56 View FIGURES 56 ). 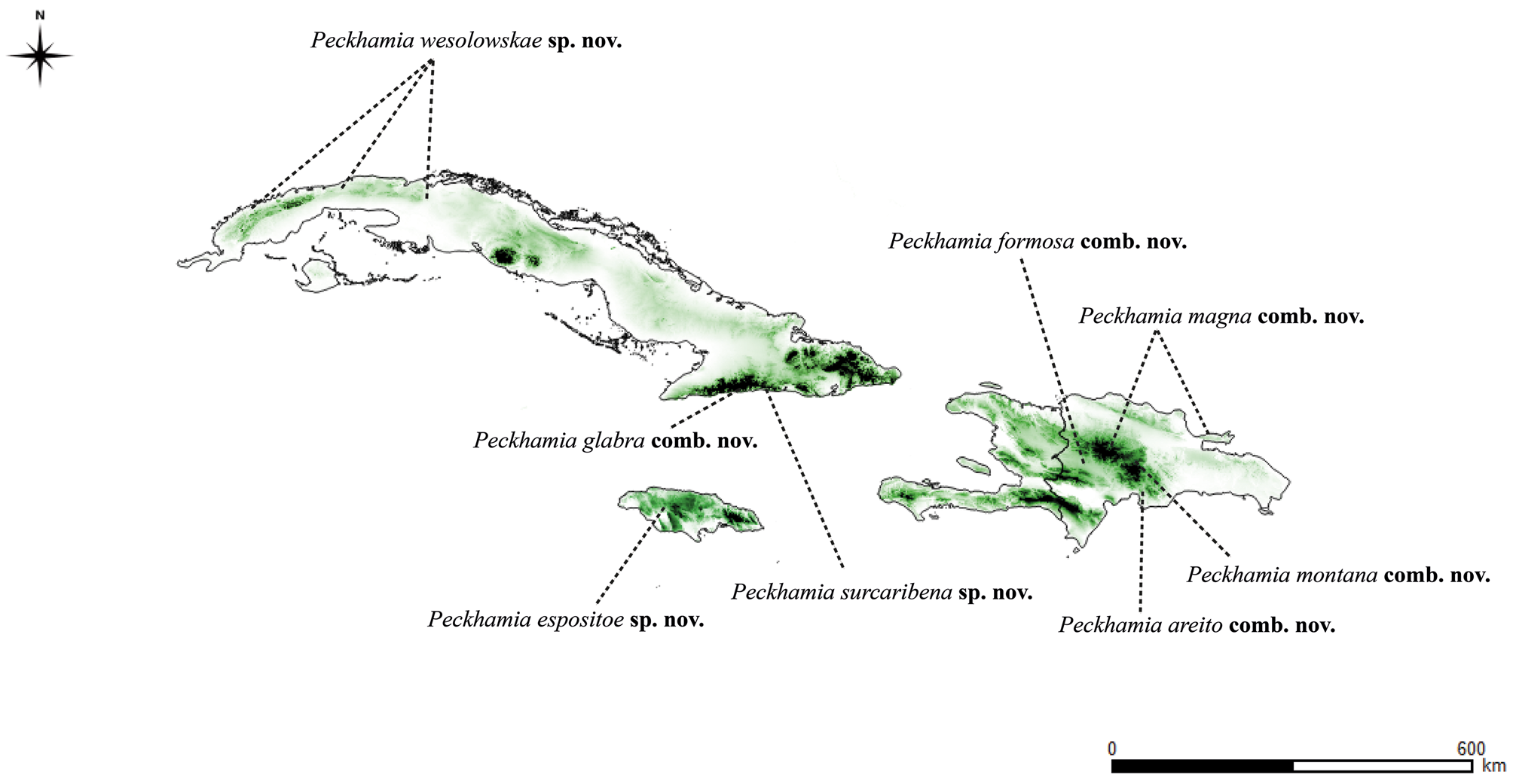 FIGURES 56. Distribution of Peckhamia from the Greater Antilles. 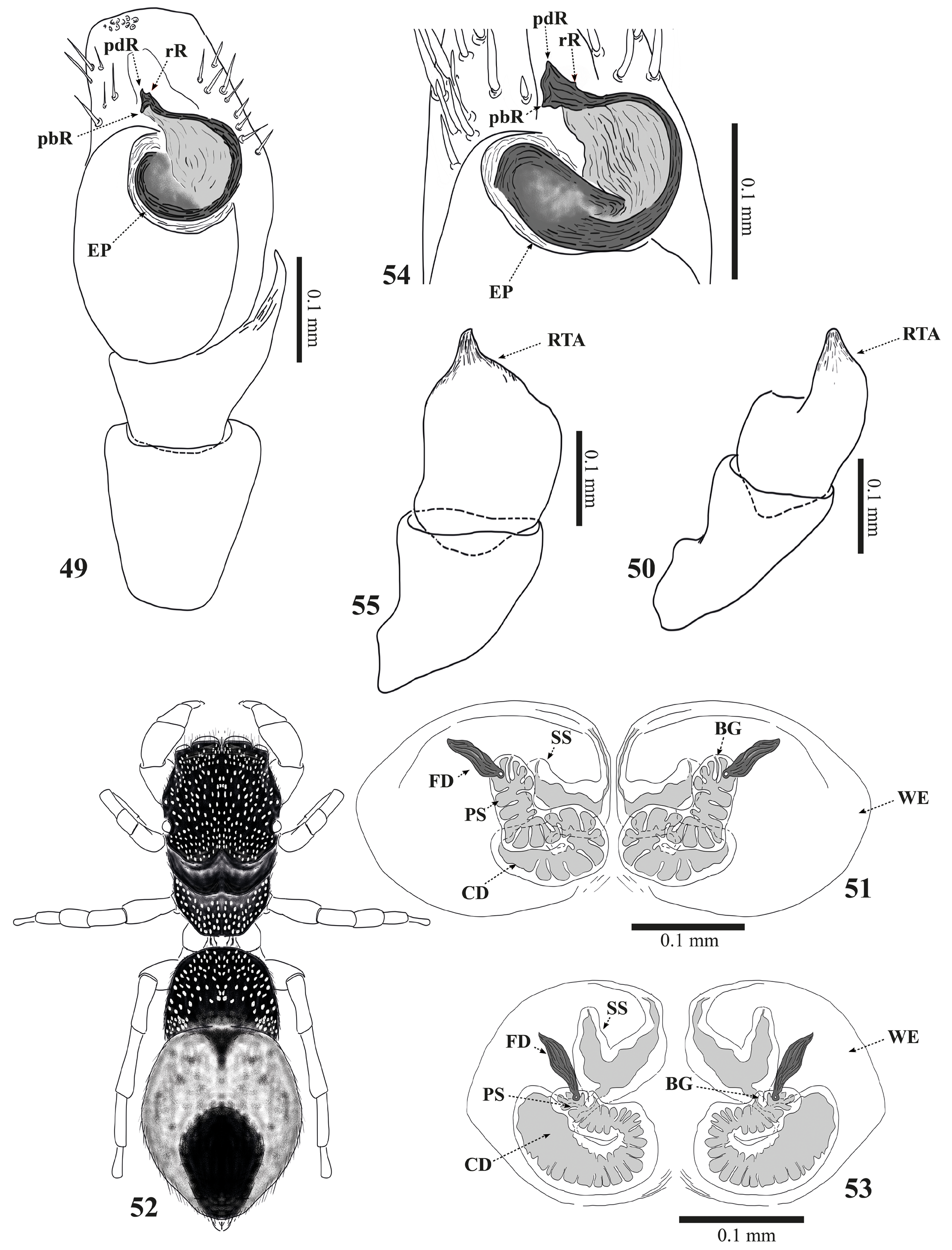