The original description is based on “six examples” from “Yokohama” ( Sharp 1889). The male syntype made available to me from the Sharp collection is designated as the lectotype.

Sharp (1889) stated that L. regulare   was a “species of the L. lusitanicum   group”, which today belongs to Pseudolathra   . An examination of the lectotype confirmed that the species indeed belongs to this genus.

Pronotum ( Fig. 65 View Figs 63-70 ) about 1.20-1.25 times as long as broad and approximately 1.1 times as wide as head, lateral margins almost straight, weakly converging posteriorly in dorsal view, posterior angles broadly rounded; on either side of midline with a dorsal series of 11-14 coarse punctures, laterad of these series with sparse macropunctures; microsculpture very sparse, micropunctation absent.

This species is distinguished from all other Palaearctic and Oriental species by the shallow and broad posterior excision of the male sternite VIII and by the shape of the aedeagus, from all other dark-coloured species also by the much more slender pronotum.

The species was described from Japan and subsequently reported also from China ( Li & Chen 1990). In view of the external similarity of Pseudolathra species   , as well as the fact that it was previously attributed to Lobrathium   and that illustrations of the male sexual characters had been unavailable, there is some doubt if these records are based on correct identifications. Nevertheless, the species is present and widespread in China, as is confirmed by the above material from Shaanxi, Sichuan, Jiangsu, and Yunnan provinces. 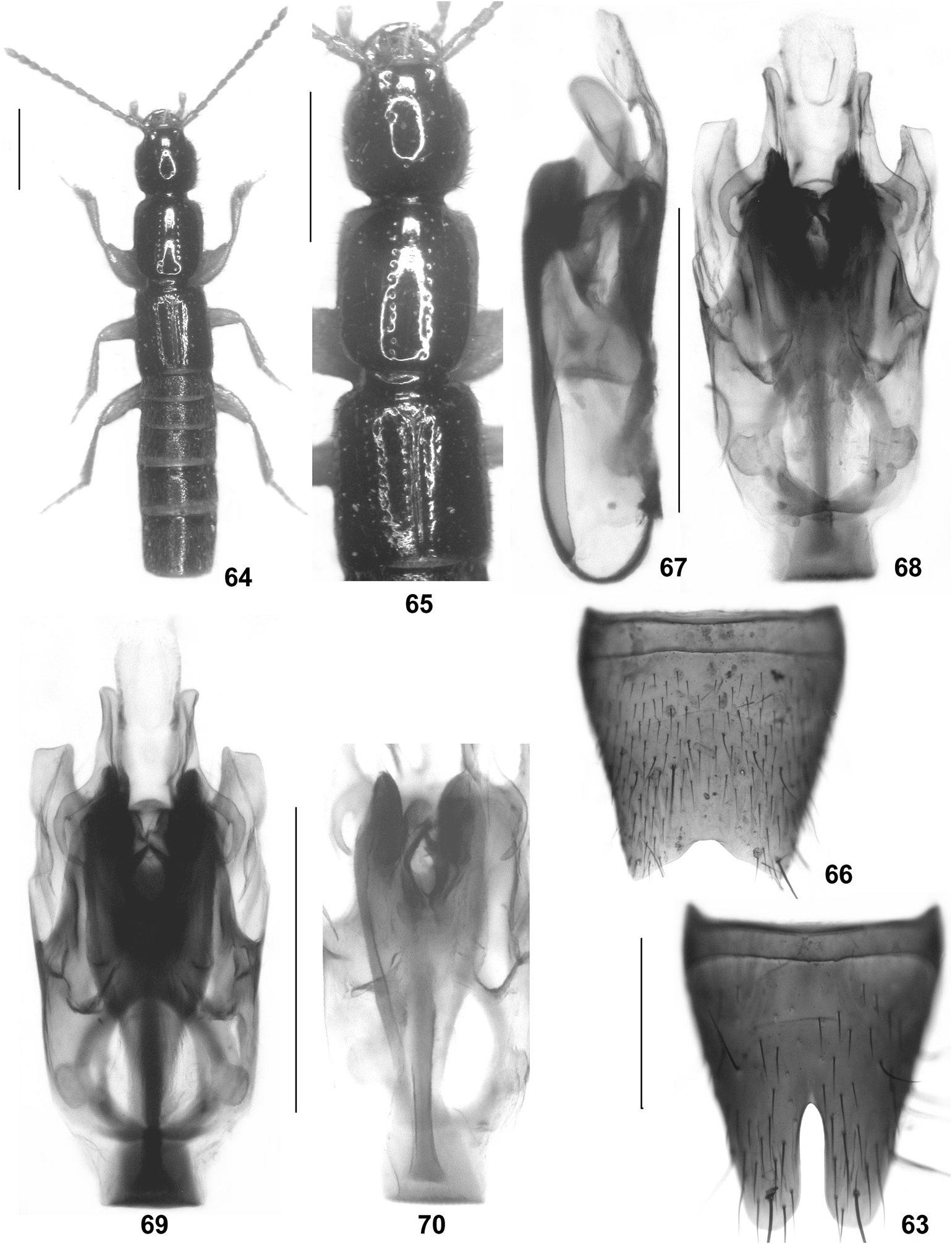