Assing, Volker, 2018, On the taxonomy and zoogeography of some West Palaearctic Quedius species, with a focus on the East Mediterranean and the species allied to Quedius umbrinus and Q. nivicola (Coleoptera: Staphylinidae: Staphylininae), Linzer biologische Beiträge 50 (1), pp. 149-182: 158-159

reddish; legs dark-yellowish to pale-reddish; antennae reddish-brown to dark-brown with the basal portions of the basal antennomeres more or less extensively reddish.

Elytra approximately 0.7 times as long as pronotum; disc with rather dense punctation, but interstices distinctly broader than diameter of punctures; interstices with dense micropunctation visible only at a magnification of at least 100 x ( Fig. 27 View Figs 25-27 ). Hind wings fully developed. Protarsomeres with very weakly pronounced sexual dimorphism. Metatarsomere I approximately as long as the combined length of metatarsomeres II and III.

C o m p a r a t i v e n o t e s: Quedius microcapillatus   is distinguished from the similar Q. hermonensis   , with which it was previously confounded ( ASSING 2014), and from the closely related Q. orientalis   by the coloration of the elytra (humeral angles, posterior margins, and suture more distinctly and more constantly paler), sparser elytral punctation, and particularly by the presence of micropunctation on the elytra (absent in Q. hermonensis   and Q. orientalis   ) and the shape of the aedeagus. In Q. hermonensis   , the median lobe is less acute (ventral view), the apico-ventral tooth is more pronounced and more distant from the apex of the median lobe, the paramere is basally flat in crosssection and the basal portion of the paramere is weakly constricted at most.

D i s t r i b u t i o n a n d n a t u r a l h i s t o r y: The currently known distribution is confined to Southeast Anatolia, Northeast Iraq, and Northwest Iran ( Map 1 View Map 1 ). The specimens from Iraq were collected with pitfall traps near a temporary stream. 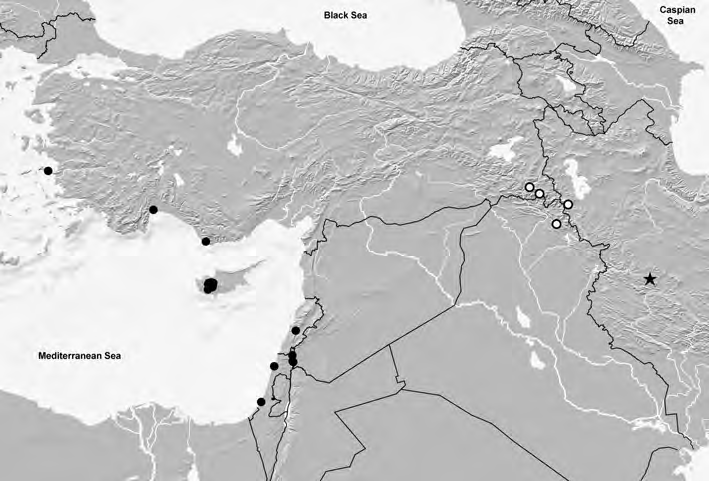 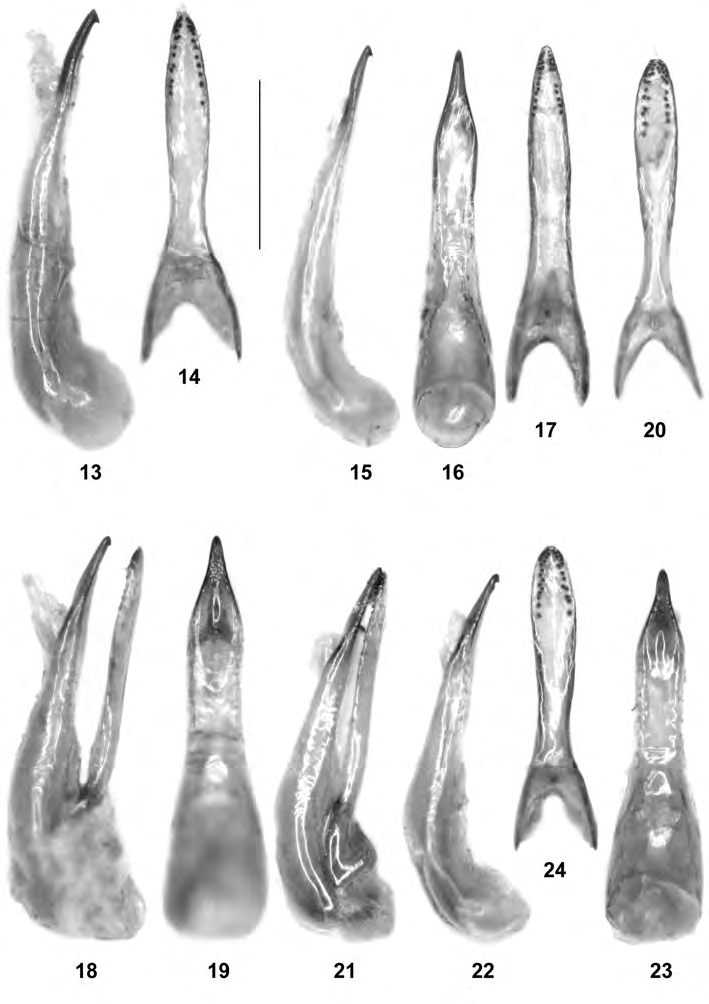 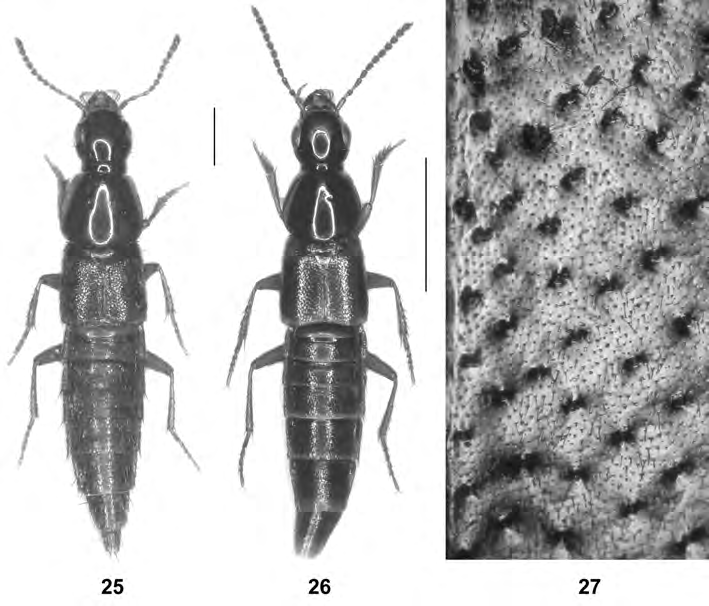