Comments. The holotype queen of T. gerdae , notable for its elongate head, closely matches a worker-associated queen from Kora, Kenya. The series of workers from Kora compare well with similar workers from Zimbabwe, Tanzania, Kenya and Eritrea. This species is closely similar to T. continua . An argument could be made for treating the two as conspecific, with the slight differences between them being attributable to geographical variation: continua -like workers (with a broader head and a more slender petiole and postpetiole) come from arid locations in northern Africa, and most gerdae -like samples (with a more elongate head and a more robust petiole and postpetiole) originate from east Africa. The distinctions are maintained, however, between the type worker of T. continua from Gotta, Ethiopia and an old series of T. gerdae -like workers collected by Penzig (1895) farther north, at Mount Lalamba, in what is now Eritrea ( Fig. 38 View FIGURES 35–40 ). Thus a simple picture of geographically differentiated populations does not seem to apply. For now these two taxa are accorded status as separate species but it should be emphasized that sample sizes are limited and additional collections might erase the distinctions.

Distribution and biology. T. gerdae is known from scattered localities in mostly arid or semi-arid regions of east Africa ( Fig. 38 View FIGURES 35–40 ). The series from Kora, Kenya is labeled “ex Acacia tortilis ”, and the workers from Eritrea were in “ Stereospermum dentatum ”. This latter collection was made by Penzig, who described the ants (misidentified as T. penzigi ) occupying live terminal branches of the Stereospermum tree, with brood and coccids, and behaving aggressively towards intruders ( Penzig 1895). Penzig considered Stereospermum dentatum (now a junior synonym of Stereospermum kunthianum ) to be a true myrmecophyte, but subsequent commentators have expressed doubt ( Bequaert 1922, Jolivet 1996), and T. gerdae is evidently not restricted to that plant. By contrast the related species, T. penzigi , nests only in the swollen stipular thorns of Vachellia drepanolobium . 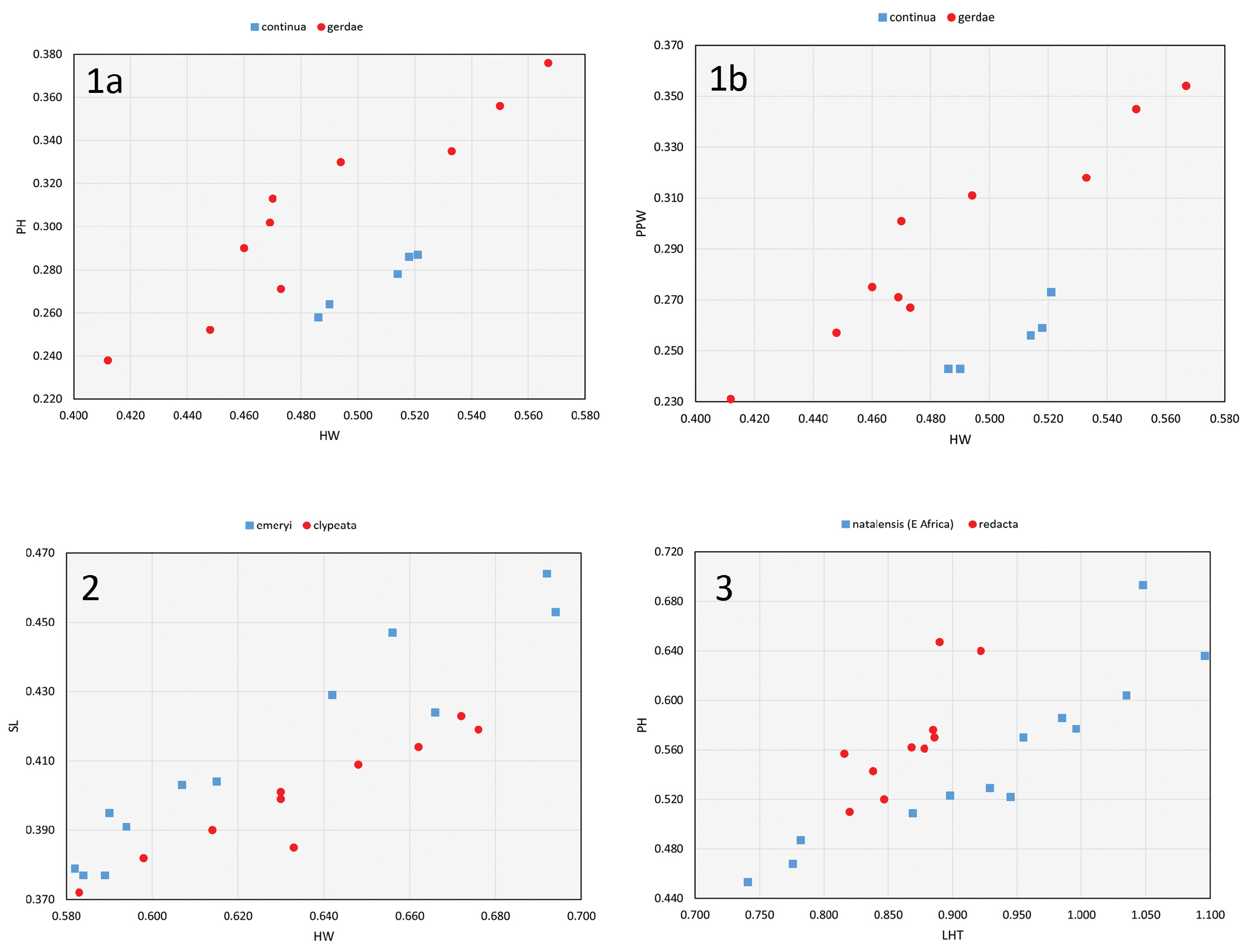