16 workers, same data as lectotype (14 in MHNG; 2 in ANIC), here designated as paralectotypes. Lectotype and these 16 paralectotypes used for the concept of this species, redescribed below.

Other paralectotypes: 5 workers, Alice River, Queensland (3 MHNG; 2 ANIC); 5 males, same data as lectotype ( MHNG). These 5 worker paralectotypes represent a different morphotype and belong to a species different to M. leda   . The 5 males comprise two different morphotypes, one of which is presumably conspecific with the workers of M. leda   , but there is no way at this stage of correctly associating them.

Diagnosis. A medium sized amber orange species with small eyes and a deeply concave anterodorsal margin of the clypeus. The mesosoma is without dorsal sculpture except posteriorly and in the extreme lateral areas. T 1 is smooth and the dorsal surface of the propodeum lacks longitudinal and transverse strigae.

Distribution. This species is known only from the type locality which is the Kimberley region of northern Western Australia. The exact locality is unknown and a marker has been placed on the distribution map ( Fig. 11 View FIGURE 11 d) only to indicate the general area where this species is found.

Remarks. Of all of the species removed from synonymy with M. rothsteini   this is the only one for which there was no molecular data included in the molecular analysis of Sparks et al. (2013). However, the morphology of the worker lectotype and paralectotypes from the Kimberley district listed above separate this taxon from all others revised here.

As indicated above the concept of M. leda   adopted here is based on the workers from the Kimberley district and those from Alice River, Queensland clearly belong to a different, as yet undescribed species. It is not possible to determine from Forel’s original description which population was used for the species concept and we have therefore chosen the population with the majority of type material. A further complication has emerged from Forel’s original syntype series in that two morphotypes are represented by the five male specimens from the Kimberley district, clearly representing two distinct species, neither of which can be associated with the worker caste as this time. 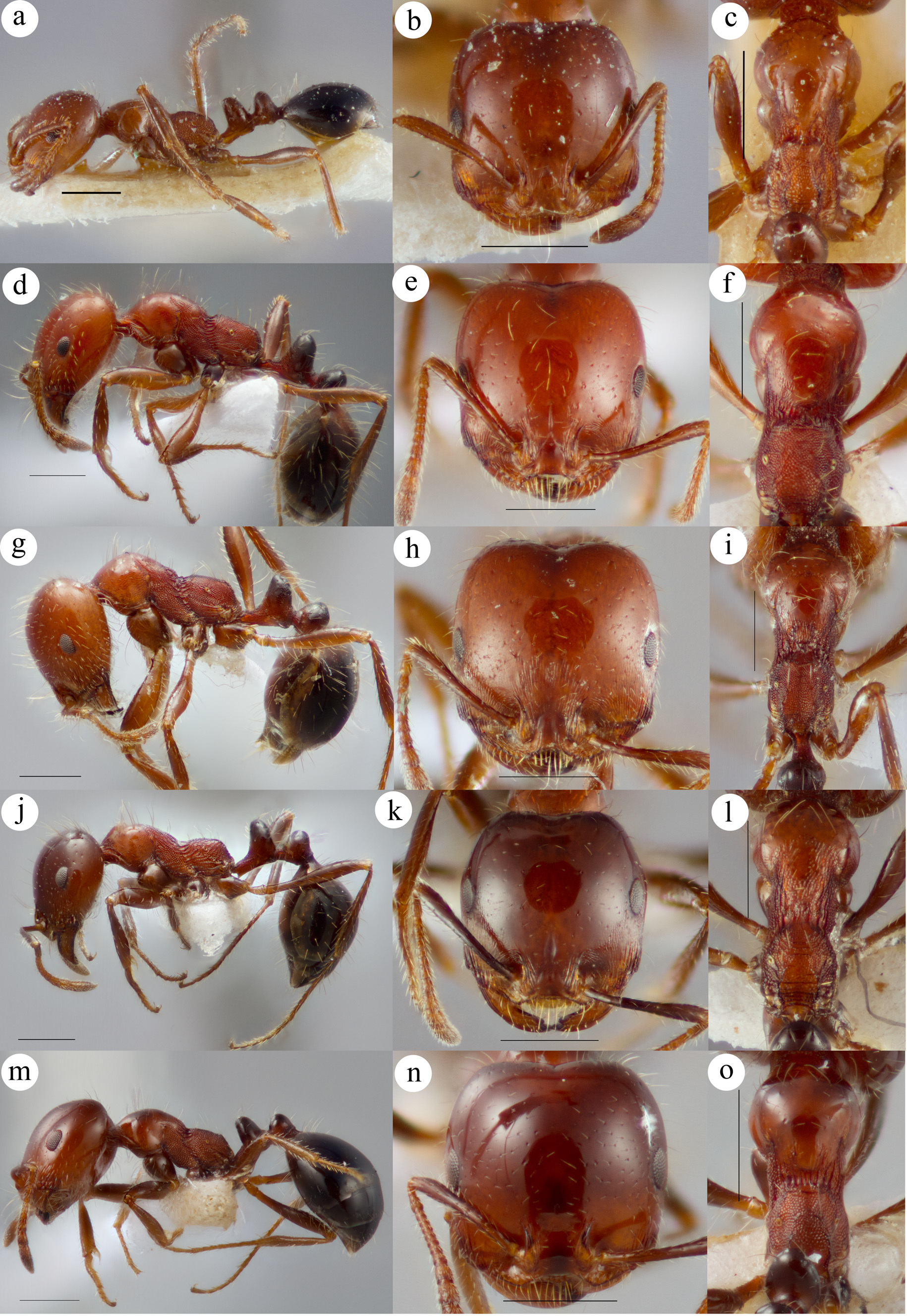 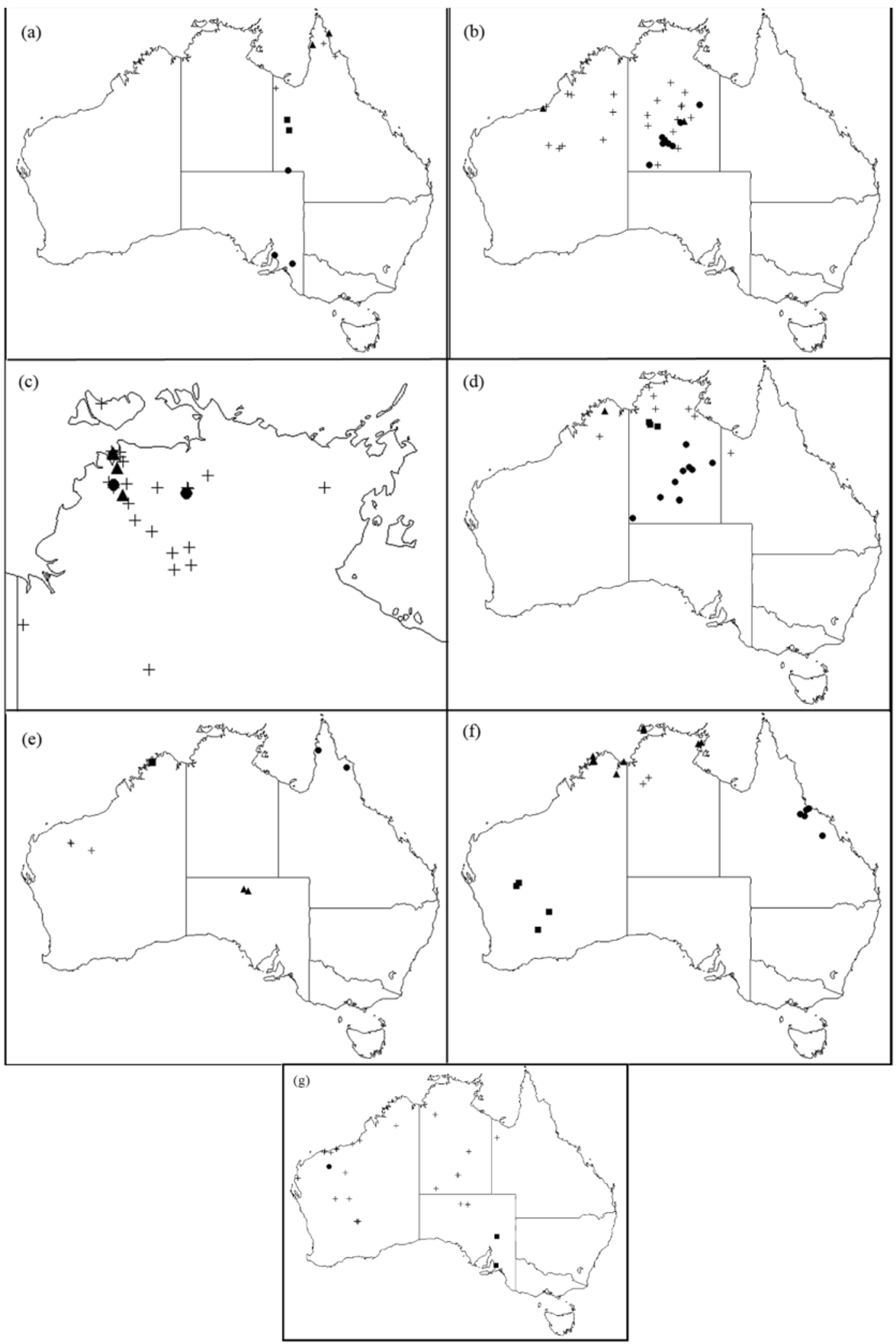