Remarks. The original description ( Fowler 1897) mentions only characters that appear “to form a transition between the Cercopinae   and the Ptyelinae” [=Aphrophorinae], namely, “eyes nearly round” ( Cercopinae   ) and pronotum “gently rounded in front and slightly produced between the eyes” (Aphrophorinae). The lateral margins of the pronotum are no longer than the compound eyes, and may be slightly shorter, as in Aphrophorinae.

Included species. The type-species, illustrated by Lallemand (1912, pl. 4, fig. 8) as “ Tomaspis ephippiata Bredd.   ” (a member of Zuata   , see Fig. 13 View FIGURES 12 – 13 G), and four new species with distinctive male genitalia, described below. Both styles and theca show major differences among the species, and 2 species in this well-defined genus have unique venation, but barcoding and synapomorphies show that they belong to a subgenus rather than to a separate genus. There is an additional unassociated female from Mexico ( Fig. 10 View FIGURES 10 – 11 C) that is weakly differentiated by its tegminal pattern and barcodes as yet another separate species, but it is not described here pending discovery of the male. 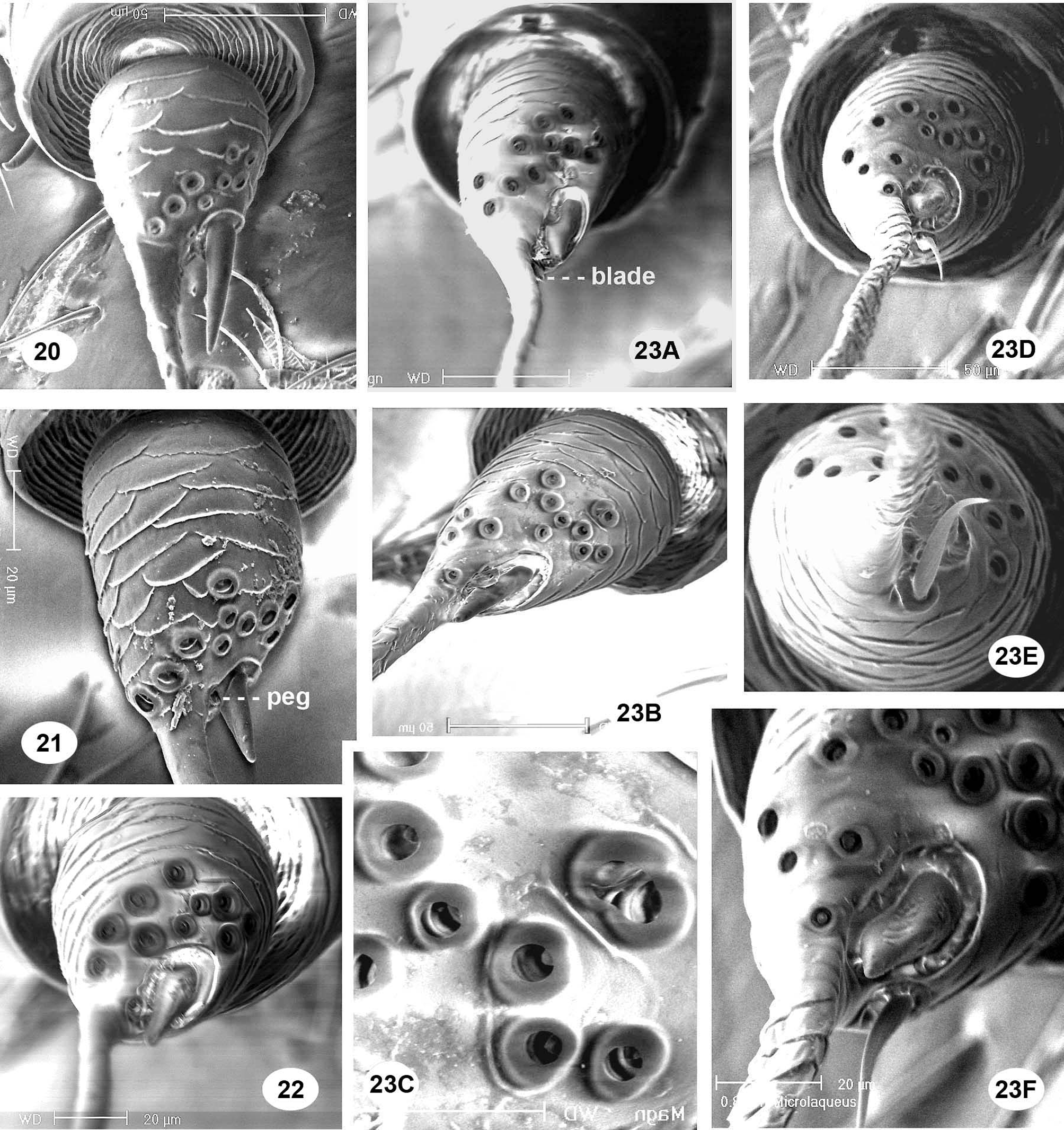