Pronotum approximately 1.05 times as wide as long and about 0.95 times as wide as head; puncturation on the whole similar to head, but slightly coarser, less dense, more confluent and coriaceous, and less well-defined ( Fig. 2 View Figs 1-7 ).

Elytra 1.05-1.10 times as long and approximately 1.2 times as wide as pronotum ( Fig. 1 View Figs 1-7 ); puncturation rather fine and dense; interstices shiny, without microsculpture. Legs, antennae, and abdomen of similar morphology as in other species of the M. fusculus   group.

C o m p a r a t i v e n o t e s: Based on the male primary and secondary sexual characters, the new species belongs to the M. fusculus   group. From other representatives of this group, M. meybohmi   is distinguished especially by the shape of the aedeagus, from most species also by the conspicuous puncturation of head and pronotum. For illustrations of the male primary and secondary sexual characters of other species of the M. fusculus   group see ASSING (2004a, 2005, 2006, 2007b).

E t y m o l o g y: The species is dedicated to Heinrich Meybohm (Grosshansdorf), specialist of Scydmaenidae   , who has collected the type specimens not only of this species, but also those of numerous other staphylinid novelties.

D i s t r i b u t i o n a n d b i o n o m i c s: The type locality is situated some 25 km north of Kozan, Adana province, central southern Anatolia, at an altitude of 775 m. The fact that this species has not been discovered before, although the northern parts of Adana and adjacent regions have been visited by several coleopterists, partly repeatedly, suggests that the species has a restricted distribution and is either rare or inhabits a cryptic habitat. According to MEYBOHM (pers. comm.), the type specimens were collected by sifting litter of deciduous trees and Rubus in a creek valley. 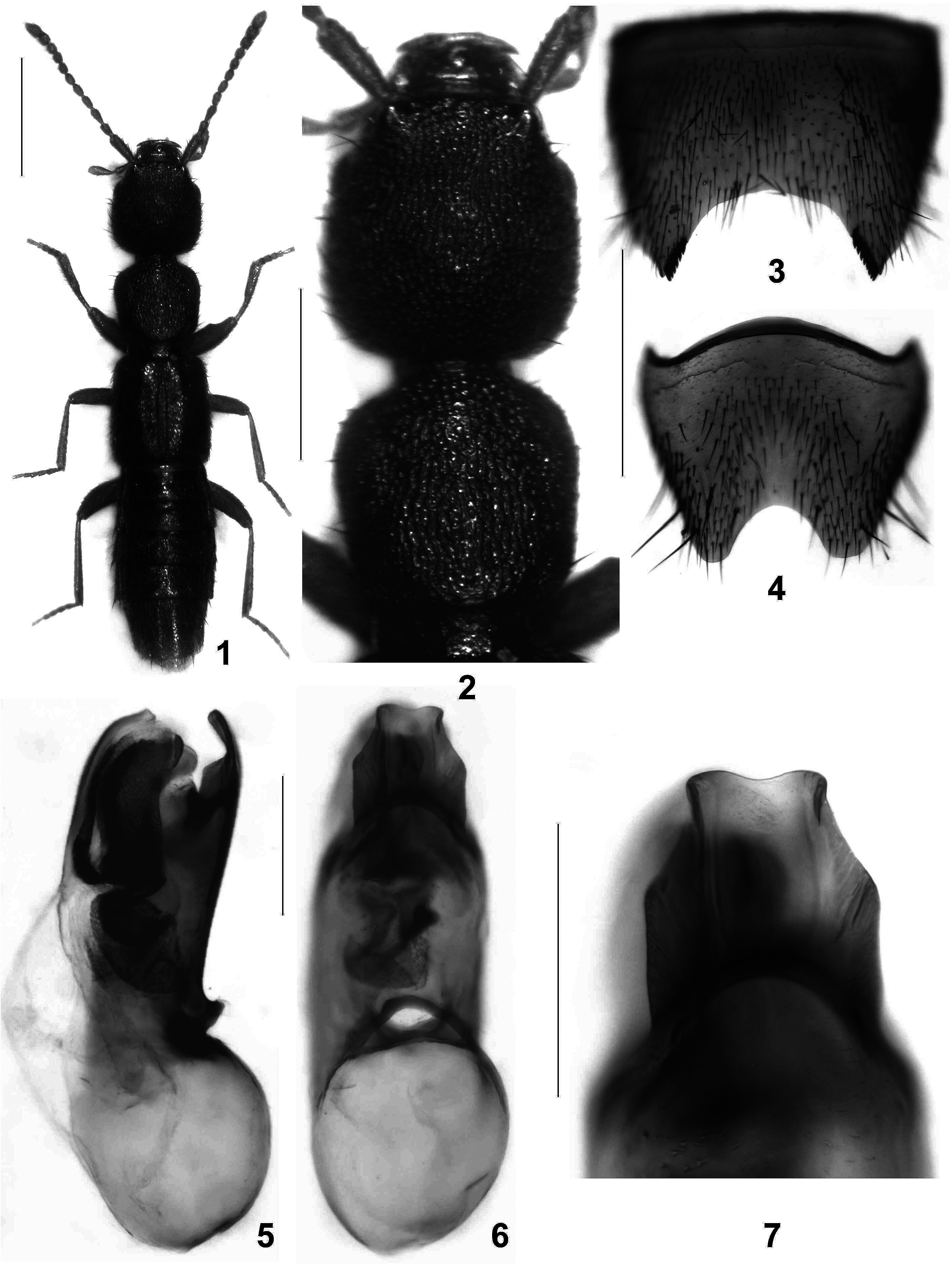