Diagnosis. Externally, this new species can be confused with some other speckled Astrotischeria species   , including A. mystica   sp. nov. described above. In the male genitalia, this species is the most similar to and probably closely related to A. pallens Puplesis & Diškus   from Neuquén, Argentina (described and illustrated in Puplesis & Diškus 2003: figs. 263–265). However, A. parapallens Diškus & Stonis   , sp. nov. differs from A. pallens   in the distally wide and dentate dorsal lobe of the valva (see Fig. 42 View FIGURES 41–46 ), large apical lobes of the phallus ( Figs. 44–46 View FIGURES 41–46 ), very large soccii, and the significantly longer and slender uncus. Additionally, A. parapallens   sp. nov. also differs from A. pallens   in the dark forewing (the forewing of A. pallens   is very pale, almost cream).

Distribution. This species is known from the single locality in Peru (Ayacucho), at an elevation of about 2500 m, but the host plants have a much broader distribution.

Etymology. The species is named after Astrotischeria pallens Puplesis & Diškus   from Argentina, in reference to the similar male genitalia. 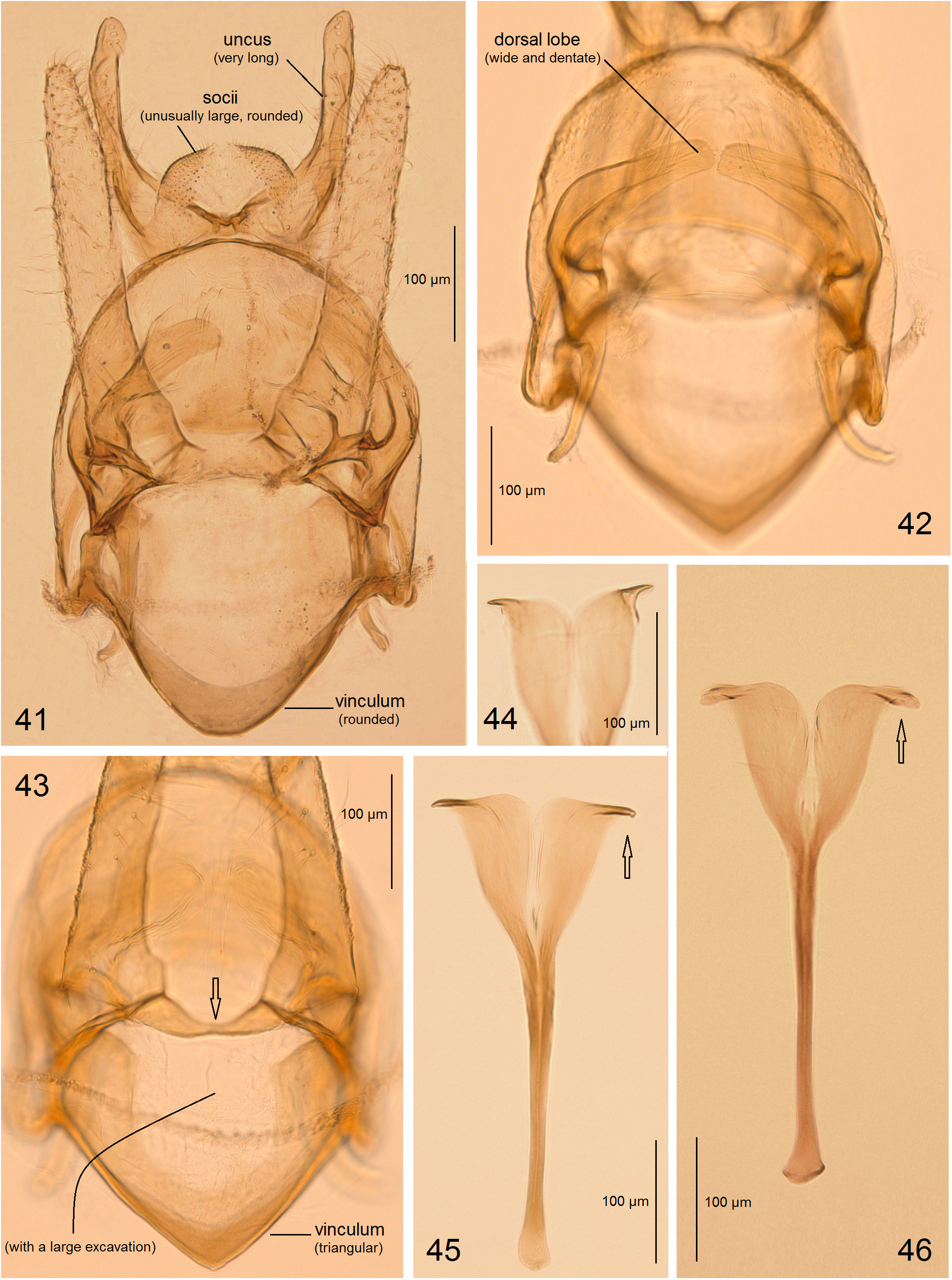