Diagnosis. Externally, this new species can be confused with other speckled Astrotischeria species   , including A. mystica   sp. nov. and A. parapallens   sp. nov. (both described herein), but A. yungasi   sp. nov. is slightly darker and smaller, 7.2–7.6 mm in wingspan. In the male genitalia, A. yungasi   is the most similar to A. dondavisi Stonis & Diškus   (see Stonis et al. 2019a) and A. truncata Diškus & Stonis   (see Stonis et al. 2018). From the latter, yungasi   differs in the absence of a short, truncated basal lobe of the valva, long vinculum, and the wide uncus. From A. dondavisi   , A. truncata   differs in the long vinculum, large dorsal lobes of the valva, large lobes of the uncus, and slender base of the phallus. In the female genitalia, character validity would be speculative because many Astrotischeria   females are unknown and are undiscovered. Also see Remarks.

Distribution. The species is known from the single locality in Bolivia (Nor Yungas Province: Coroico) at an elevation of about 1660 m.

Etymology. The species is named after the Nor Yungas Province where it was discovered.

Remarks. The external species description is based exclusively on female adults since all three available males are known from pupal exuviae (no pinned male adults are preserved).

Our unpublished molecular study shows A. yungasi   sp. nov., A. dondavisi Stonis & Diškus   and A. truncata Diškus & Stonis   as three separate species; a phylogenetic tree will be published separately with a molecular analysis of Tischeriidae   (Stonis et al. in prep.). 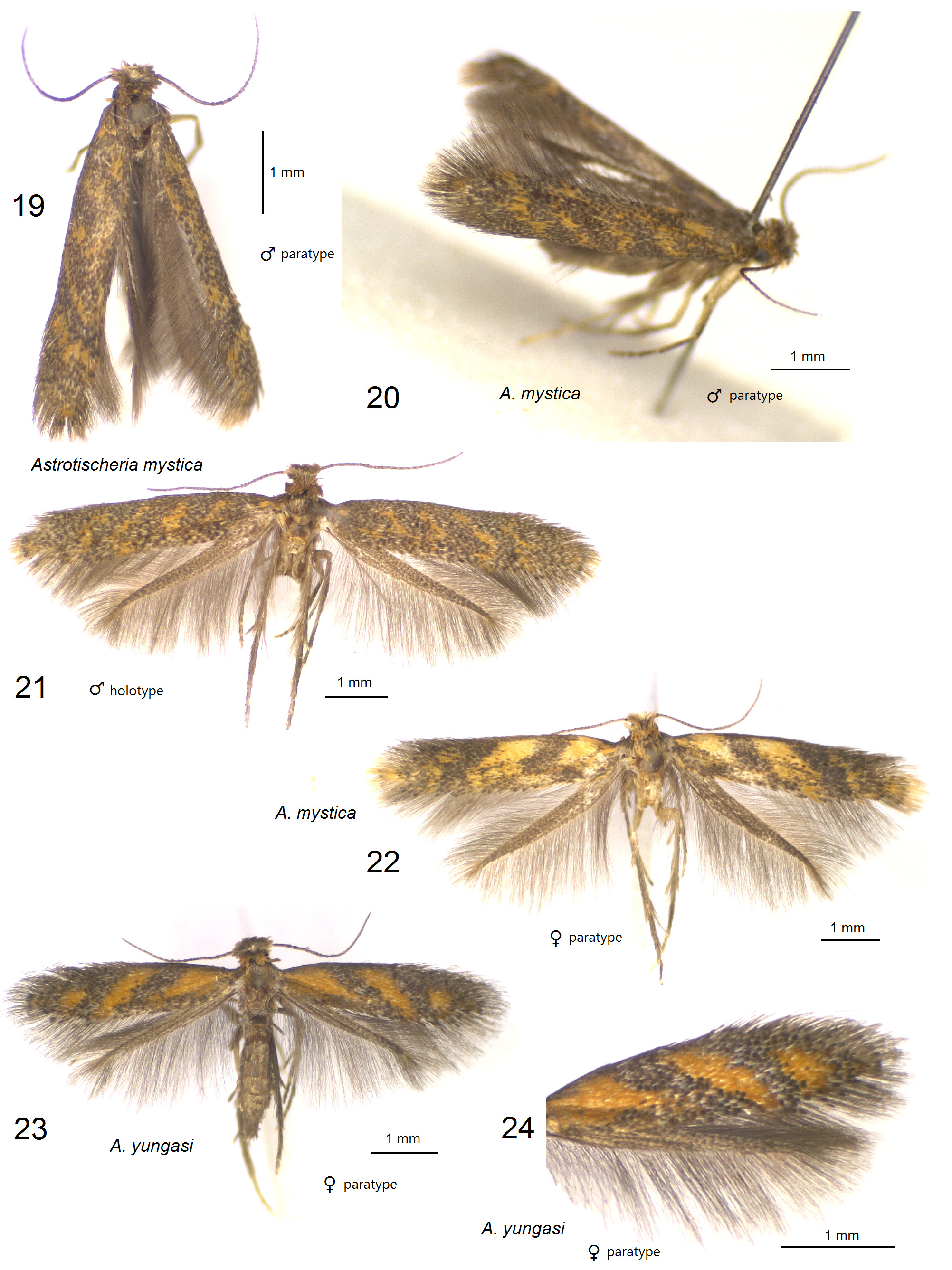 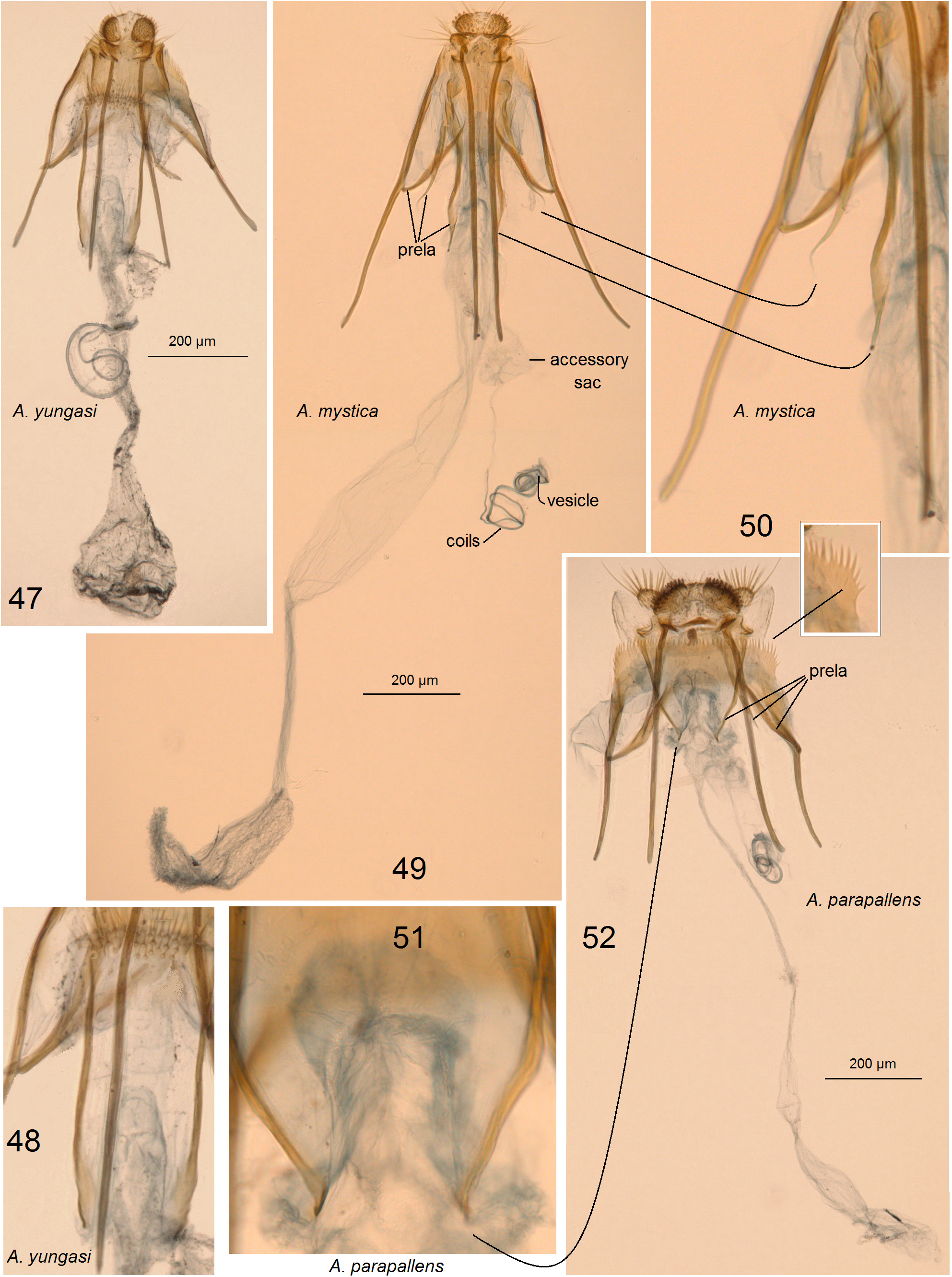