Distribution. Beetles of this species are large-bodied and flight-capable, and they have nearly always been collected on Hawaii Island where the species is distributed broadly across the windward faces of Mauna Kea and Mauna Loa (Liebherr and Zimmerman 2000). Temporally sporadic collections have been made on Maui, Molokai, and even on Oahu (at a shop window in Honolulu). However, the gaps of many years between recorded collections on these islands make the collecting history of this species unlike that of any other Blackburnia   , leading to speculation that records from Maui, Molokai and Oahu have been based on repeated flights of individuals from Hawaii Island during warm summer weather (Liebherr and Zimmerman 2000: 119). The Lanai record fits this pattern, as the lone Lanai specimen was collected at light, 27 September 1976 (Sattler and Sattler, BPBM) on the summit of Lanaihale ( Fig. 5F View Fig ).

Habitat. On Hawaii Island, recent records of this species include associations with ohia trees, a large Pritchardia Seemann and Wendland   palm, and Tetraplasandra   . The beetles also fly to lights. Perkins (in Sharp 1903: 291) noted the following habits concerning this species: ‘‘In West Maui, under stones on bank of stream, but in Olaa, Hawaii generally under logs or fallen fern-stems, or decayed vegetable matter.’’ Both are situations frequented by collectors, suggesting that this species is not undercollected on Lanai relative to the other carabid species. 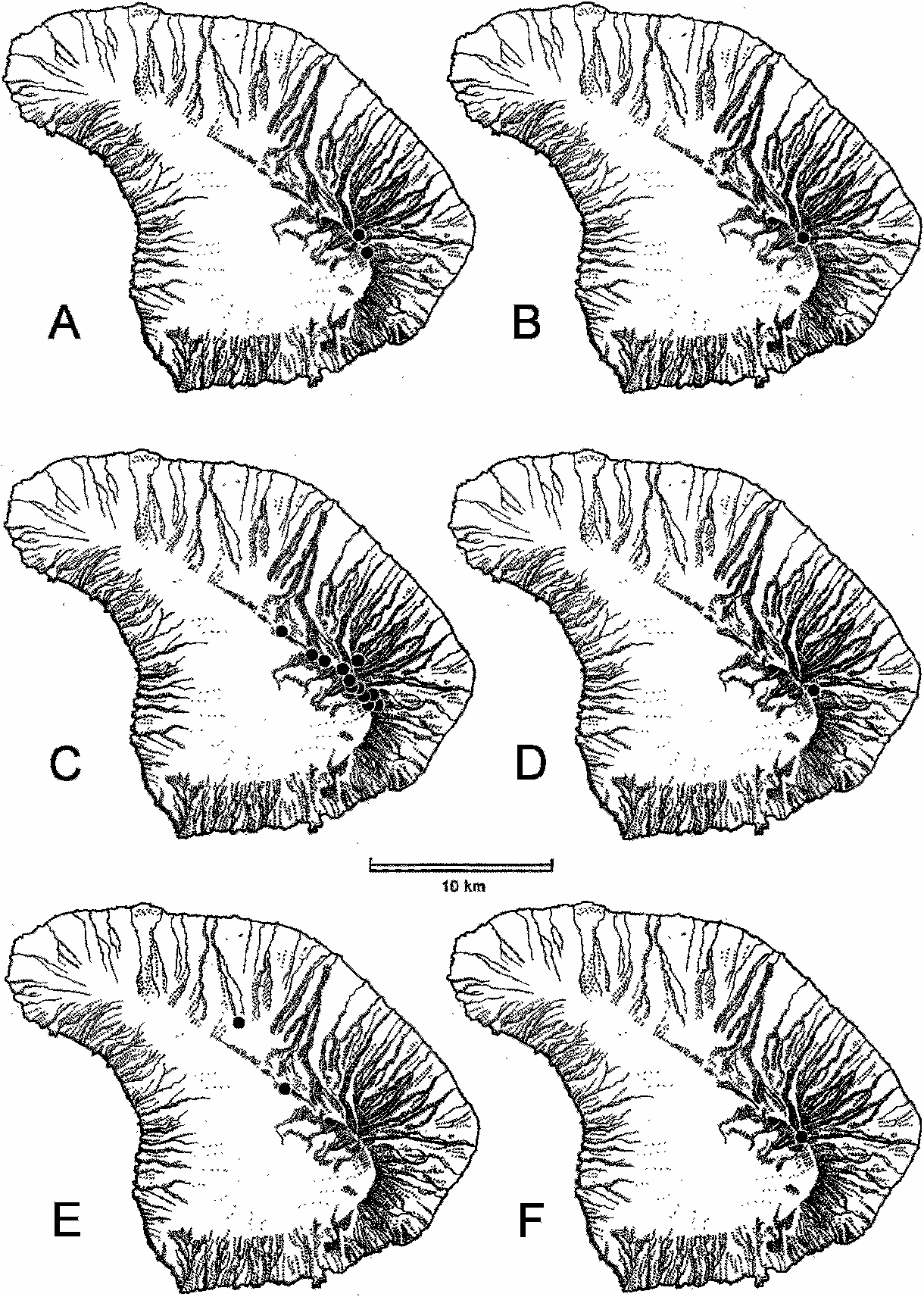