Although eggs were not described by Ramazzotti (1962), we should probably expect them to be oval, smooth and deposited in exuvium as in all other known Milnesium  species.

Remarks. Maucci (1973 – 74) reported M. tardigradum granulatum  also from the Trieste Kras, but we have not had an occasion to examine those animals. However, given the locus typicus of M. granulatum  lies on a different continent and in a different zoogeographical region, we hypothesise that Maucci could have found a different species of the Milnesium granulatum  group. Until the record is re-examined, we suggest this report should be considered dubious.

Distribution. Currently confirmed is only the type locality in Chile (but see also Remarks above).

Etymology. Giuseppe Ramazzotti named the species ‘ granulatum  ’ most likely because he interpreted the reticular design on the cuticle as granulation. In fact, ‘granules’ are shallow depression in the shape of rounded polygons (see Fig. 8View FIGURES 7 – 9).

Type depositories. The type material is preserved at the Natural History Museum of Verona, Italy.

M. alabamae Wallendorf & Miller, 2009  by having accessory points on the primary branches. 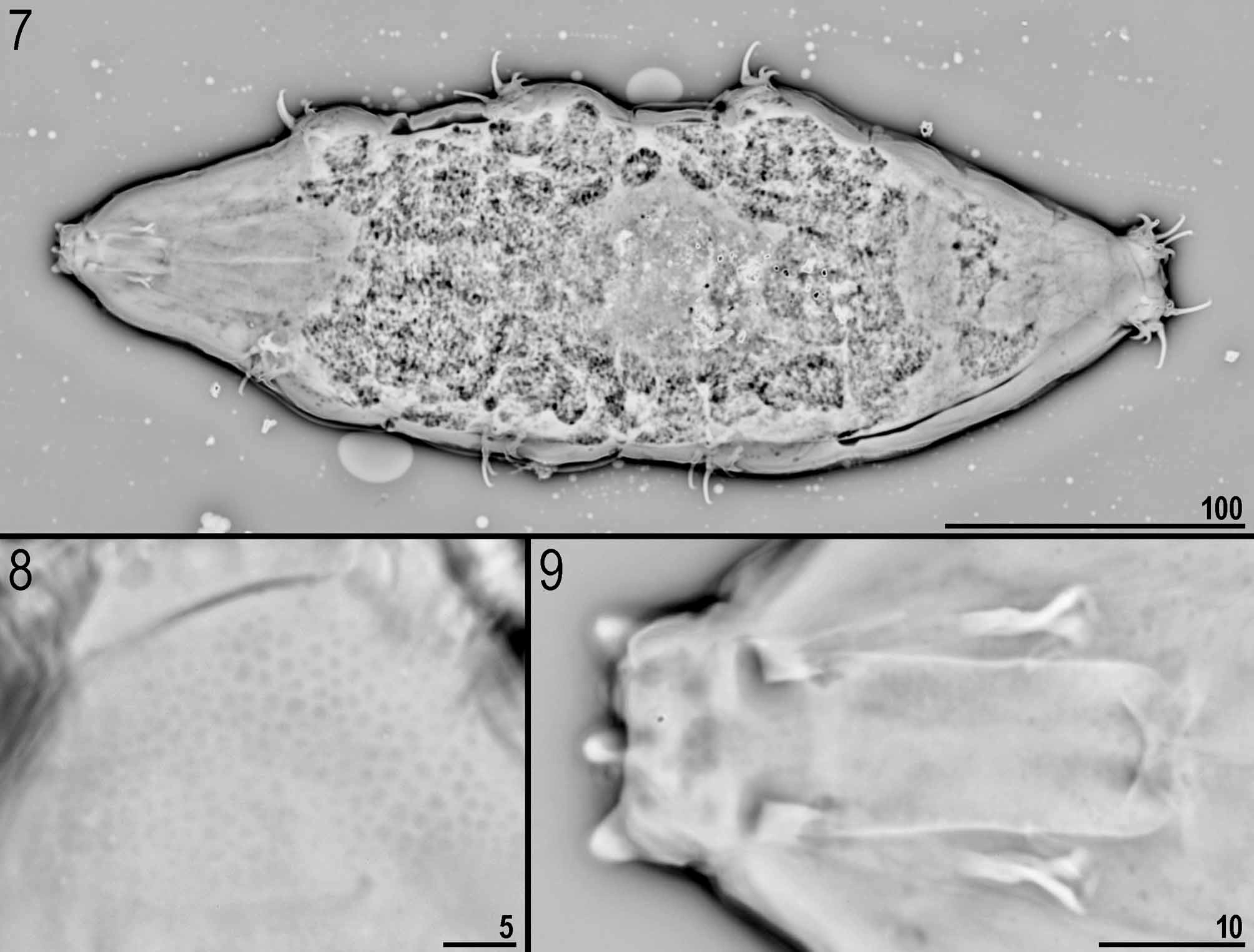