Diagnosis. The new species is similar to Cotysoides albipalpulus Zheng et Jiang, 2003   from China (Guangxi) in the shape of the body and the relatively short pronotum, but differs from the latter in the shape of median carina of the pronotum and in the colour of the hind tibia (in C. albipalpulus   the median carina in profile sinuate and the hind tibia are black with two light rings).

Etymology. The new species is named after his collector Dr. D.A. Gapon. 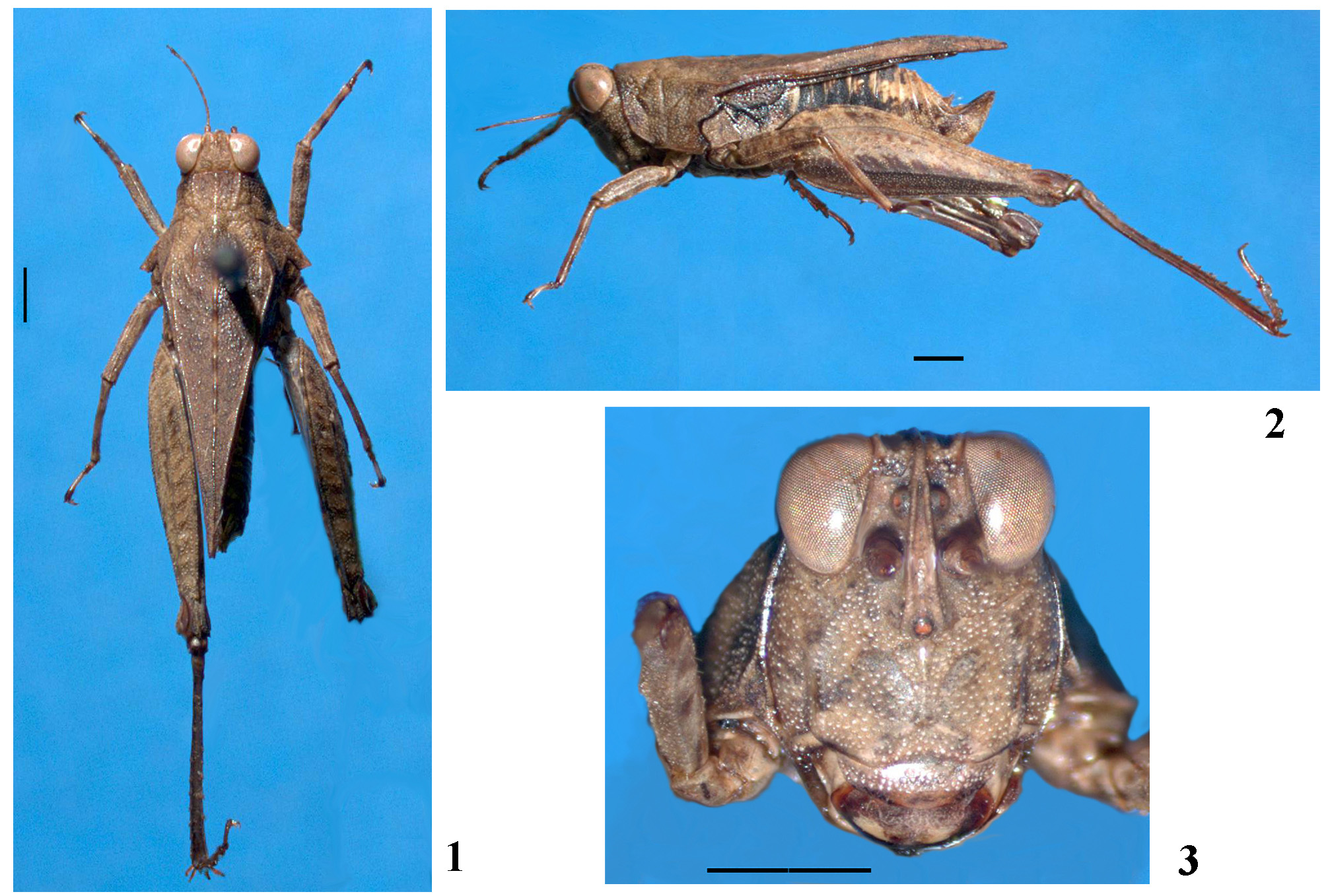