DESCRIPTION Holotype ( Figure 1AView FIGURE 1) is a small (2 cm across) incrustation on a piece of coralligenous concretion. The surface is rather hispid and the colour brown in the dry state. No oscules are detectable. The comparative material, encrusting on rock and a mollusc shell, looked red in colour and slimy according to Sarà & Siribelli (1960, 1962) who observed it fresh after collection.

ETYMOLOGY The name “sarasiri” is derived from the union of the names of the authors, Sarà and Siribelli, who first recorded this new species from the Gulf of Naples that confused her with Antho (Acarnia) circonflexa (Lévi, 1960)  . ECOLOGY The species has been found on hard substrata in the Thyrrenian Sea (from the Gulf of Naples to Elba Island). The depth range is 40– 70 m.

REMARKS The new species has been ascribed to the genus Antho  , subgenus Plocamia Schmidt, 1870  according to the presence of dumbbell spicules that form the reticulation of the basal choanosomal skeleton. Van Soest et al. (2013) reassign to Antho (Plocamia)  14 species in total (11 in WPDB), no one of which is present in the Mediterranean Sea. However three of them: Antho (Plocamia) erecta (Ferrer Hernandez, 1923)  , A. (P.) hallezi (Topsent, 1904)  and A. (P.) anisotyla (Lévi, 1960)  have an East Atlantic distribution. These three are erect species and differ from the new one proposed by their different shape and spicule measurements. Sarà & Siribelli (1960, 1962) firstly recorded A. (P.) sarasiri  sp. nov. from two detritic banks of the Gulf of Naples, but attributed it to A. (Acarnia) circonflexa (Lévi, 1960)  . Actually, the two species are rather similar, but A. (Plocamia) sarasiri  differs from A. (A.) circonflexa  in the larger size of megascleres ( Tab. 1), in the swollen extremities of the dumbbell spicules, and in the thickness of toxas. As to the subgenus assignment of the new species, we believe it is justified by the swollen dumbbell spicules, whereas the attribution to the same subgenus of A. circonflexa  is not considered correct by Van Soest et al. (2013), probably due to the shape of the acanthostrongyles which are faintly tylote (Lévi 1960). 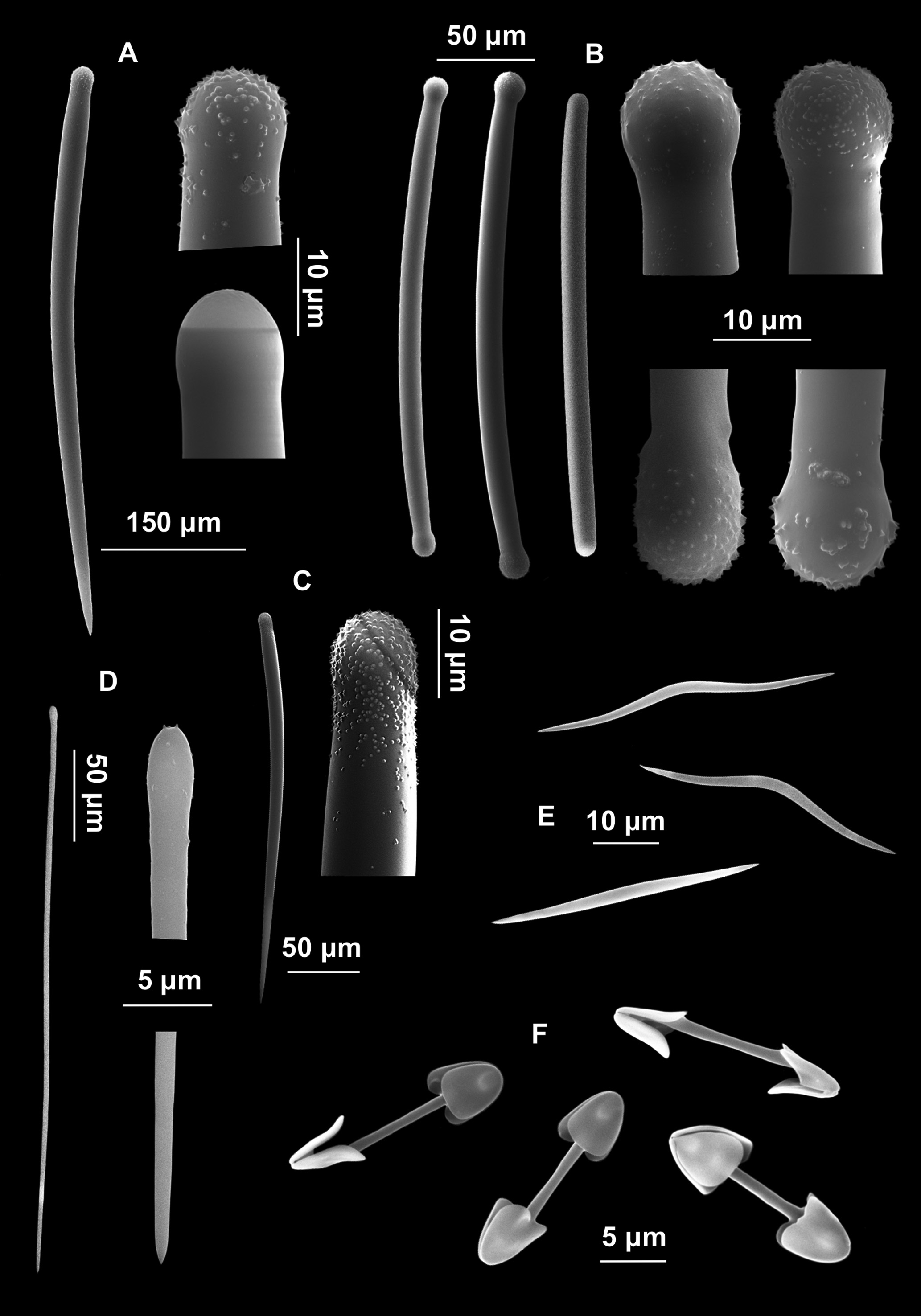