This is a relatively large genus of about 20 species, restricted to the Afrotropical region. Due to the variability of species and the marked sexual dimorphism in some species, there has been considerable confusion regarding this genus in the past ( Riley 1925). The treatments by Riley (1925) and Evans (1937), however, have remained fairly stable for many years. Collins et al. (2004) made some adjustments, and recently Larsen (2013) removed four species to his new genera Ceratricula and Flandria, for which there is no information on their early stages or food plants. Larsen (2013) recognised four principal colour patterns of Ceratrichia  spp. ( C. flava  -, C. phocion  -, C. nothus  -, and C. argyrosticta  -groups), but found their genitalia very uniform. Ceratrichia semlikensis Joicey & Talbot  ( flava  -group) is treated below ( Figure 9View FIGURE 9), while living adult representatives of the three other groups are shown in Figure 8View FIGURE 8: C. phocion  , C. brunnea Bethune-Baker  ( C. nothus  -group), C. mabirensis Riley  ( C. argyrosticta  - group).

No food plant records had been published, until Larsen (2005) reported MJWC’s observation that Ceratrichia semlikensis  feeds on Isachne mauritiana  in Kenya. No information is yet available for other species of the genus, but given that they usually fly low down along the edges of paths and streams with low grass or along forest edges (T.B. Larsen pers. comm. 2014, authors’ observations), it seems likely that they will also be found to be grass feeders. 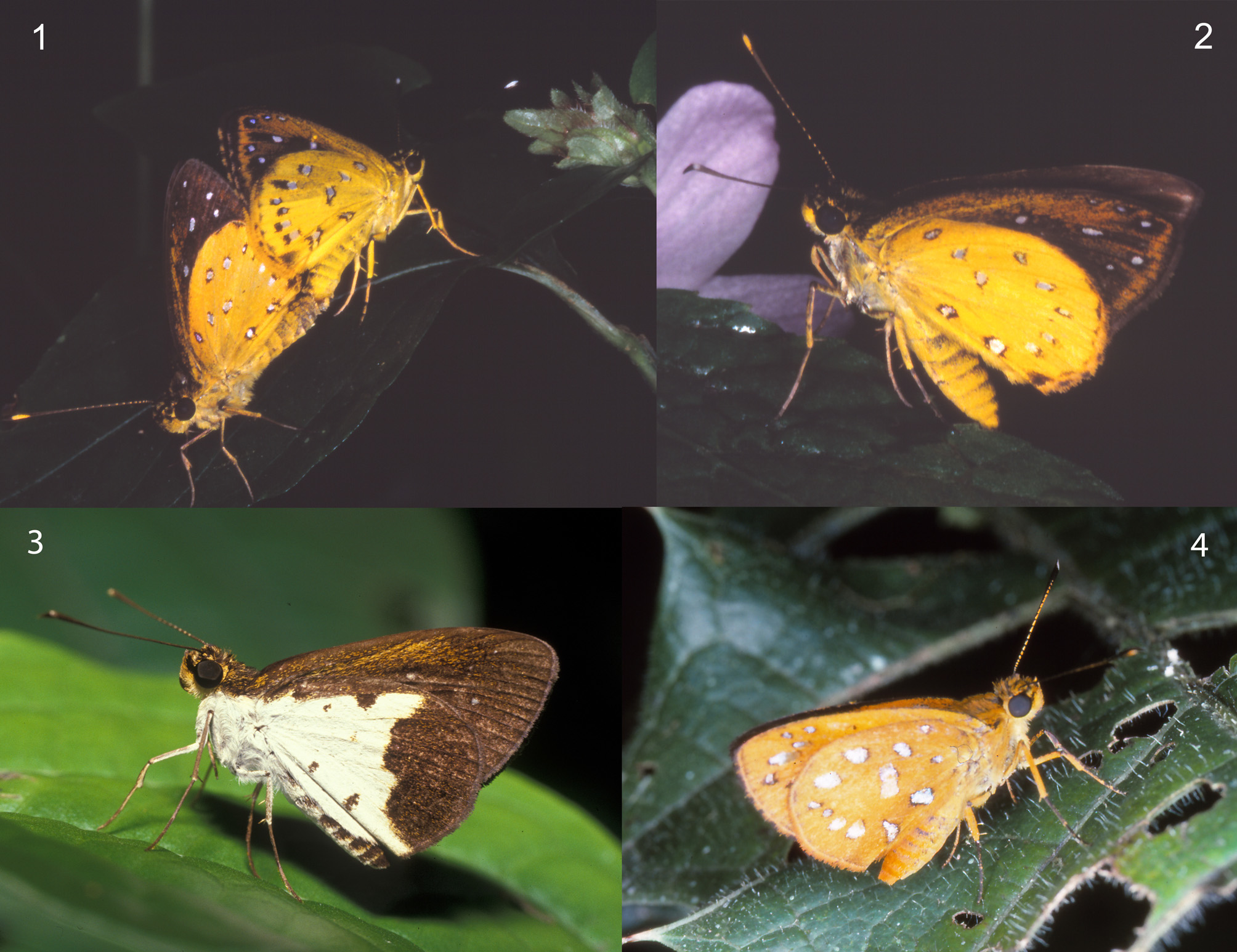 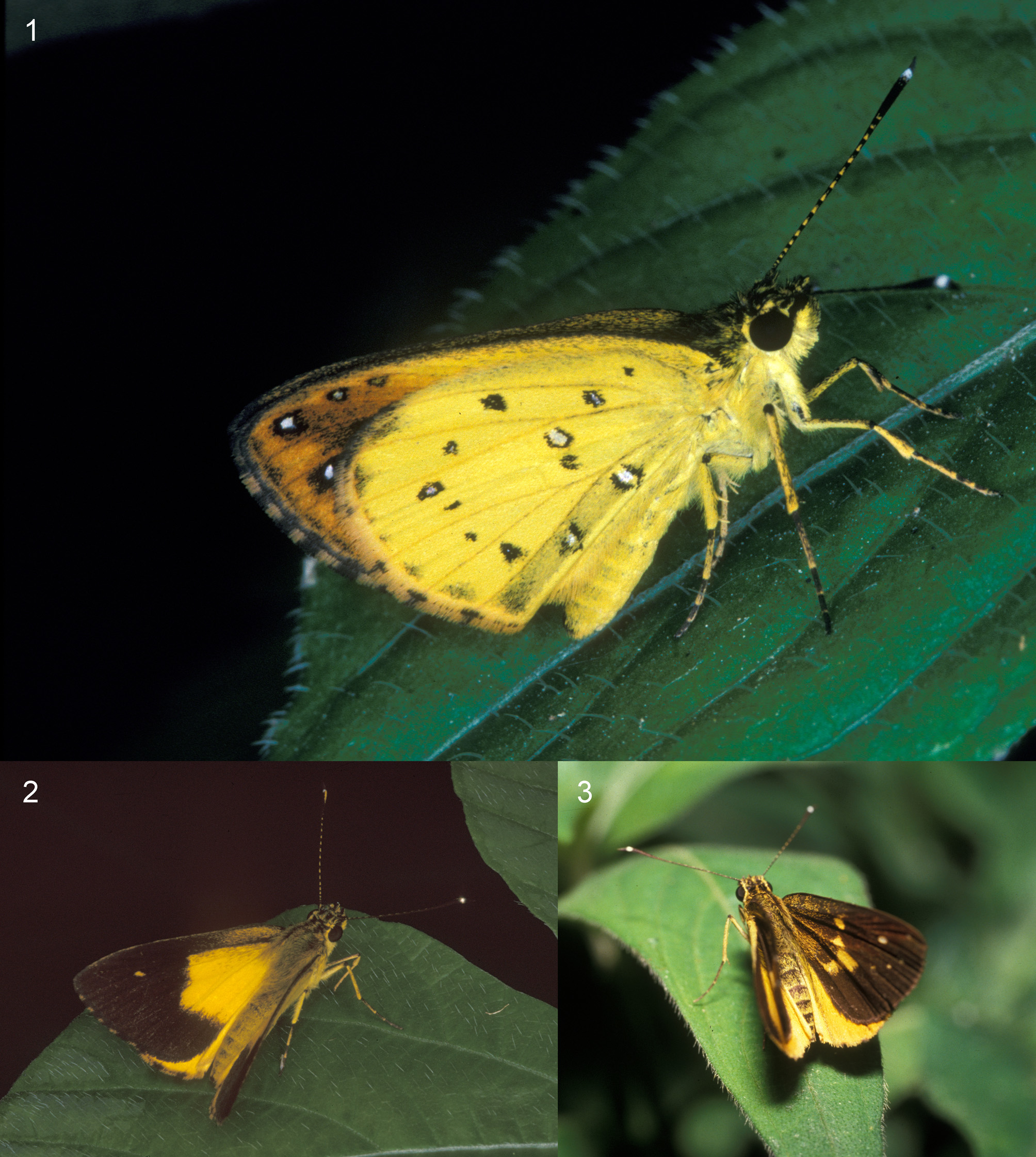