Pronotum ( Fig. 8 View Figs 1–13 ) approximately 1.15 times as long as broad and 0.90–0.95 times as broad as head; punctation very dense and much coarser than that of head; midline posteriorly with short and narrow impunctate glossy elevation; lateral portions without distinct impressions, elevations, or callosities; interstices without microsculpture and glossy.

Elytra ( Fig. 8 View Figs 1–13 ) 0.50–0.55 times as long as pronotum; humeral angles obsolete; punctation approximately as coarse and as dense as that of pronotum; interstices without microsculpture and glossy. Hind wings completely reduced. Metatarsomere I elongated, but distinctly shorter than the combined length of II–V.

Comparative notes: As can be inferred from the similarly derived morphology of the aedeagus (very long ventral process with median carina; dorso-lateral apophyses conspicuously short, weakly sclerotized, apically dilated, and obliquely truncate) and from the similar modifications of the male sternite VII (posteriorly with a pronounced concavity and with a pair of clusters of modified setae), N. virilis   is undoubtedly closely related to N. brevilobatus   , from which it differs by the more pronounced posterior concavity and the more pronounced clusters of setae of the male sternite VII, the less deep posterior excision of the differently shaped male sternite VIII (not transverse), and by the much longer ventral process of the aedeagus.

Distribution and natural history: The species was discovered in two localities to the northwest and westnorthwest of Wuding, approximately 75 and 90 km to the northwest of Kunming ( Map 2 View Map 2 ). The partly teneral specimens were sifted from litter in a mixed forest margin with alder and pine and in a degraded mixed forest with alder, oak, and pine at altitudes of 2390 and 2190 m, respectively. 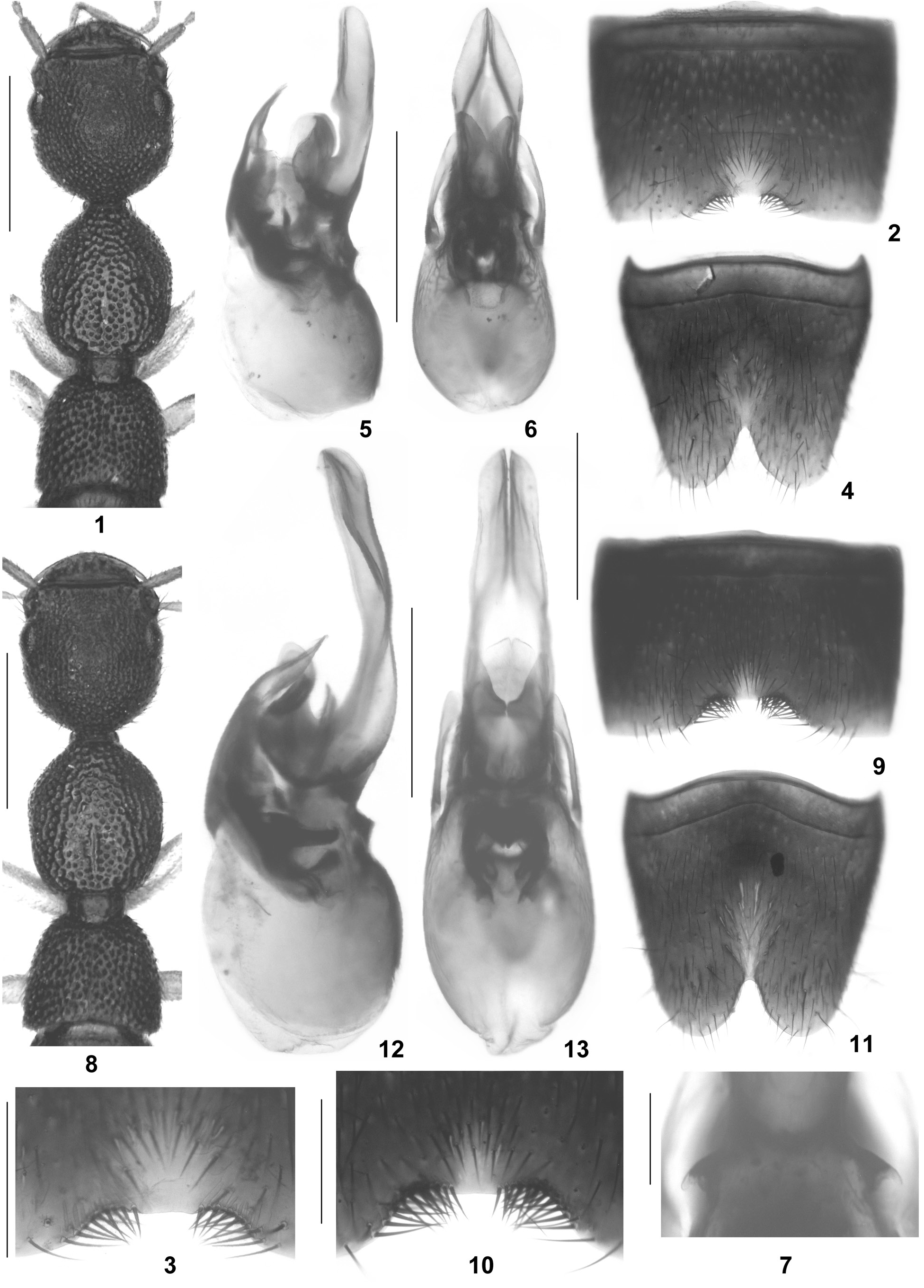