Diagnosis and remarks. The new species fits the concept of Dasineura   in all characters except the lack of a spatula. It differs from its congeners in the male terminalia which have a serrated tip of the aedeagus, an undivided hypoproct and a dense dorsal row of bristles next to the solid gonostyle tooth, and also in the larva which has the head without posterolateral apodemes and lacks the sternal spatula. While reductions of the spatula and of the posterolateral apodemes in the larva happened independently in many species in several Cecidomyiidae   genera and thus might be generic adaptations of otherwise conforming species, the peculiarities of the male terminalia separate the new species from the rest of the genus. In light of these peculiarities being found in a single species which still fits the scope of the genus we decided to keep the new species in Dasineura   but should further closely-related species be found in the future, a new genus can be erected to contain them.

Pupa ( Fig. 2 View FIGURE 2 a). Length was not measured as all 4 mounted specimens are partially warped. Colour: face, wings, legs black; thorax, abdominal dorsal spines dark brown; abdomen brownish yellow. Antennal base with small triangular projection. Prothoracic spiracle tapering, about 10x longer than wide at base, slightly curved at apical fourth, trachea ending at apex. Cephalic papilla with long firm seta. Frons on either side with one frontal asetose facial papilla. Integument of abdominal segments with spiculae, segments 2–8 each with field of large dorsal spines on anterior half.

Biology ( Fig. 3 View FIGURE 3 ). Larvae of the new species were feeding gregariously within vegetative buds of Callistemon viminalis   plants, cultivars “Little John” and “Captain Cook”, grown in a production greenhouse at Tynong in Victoria, Australia, in September 2016. Infested buds stopped developing and, following the departure of the larvae for the soil, turned necrotic and died. Pupation took place within the soil and sometimes on the soil surface. Young potted plants were infested and severely retarded in their overall growth. 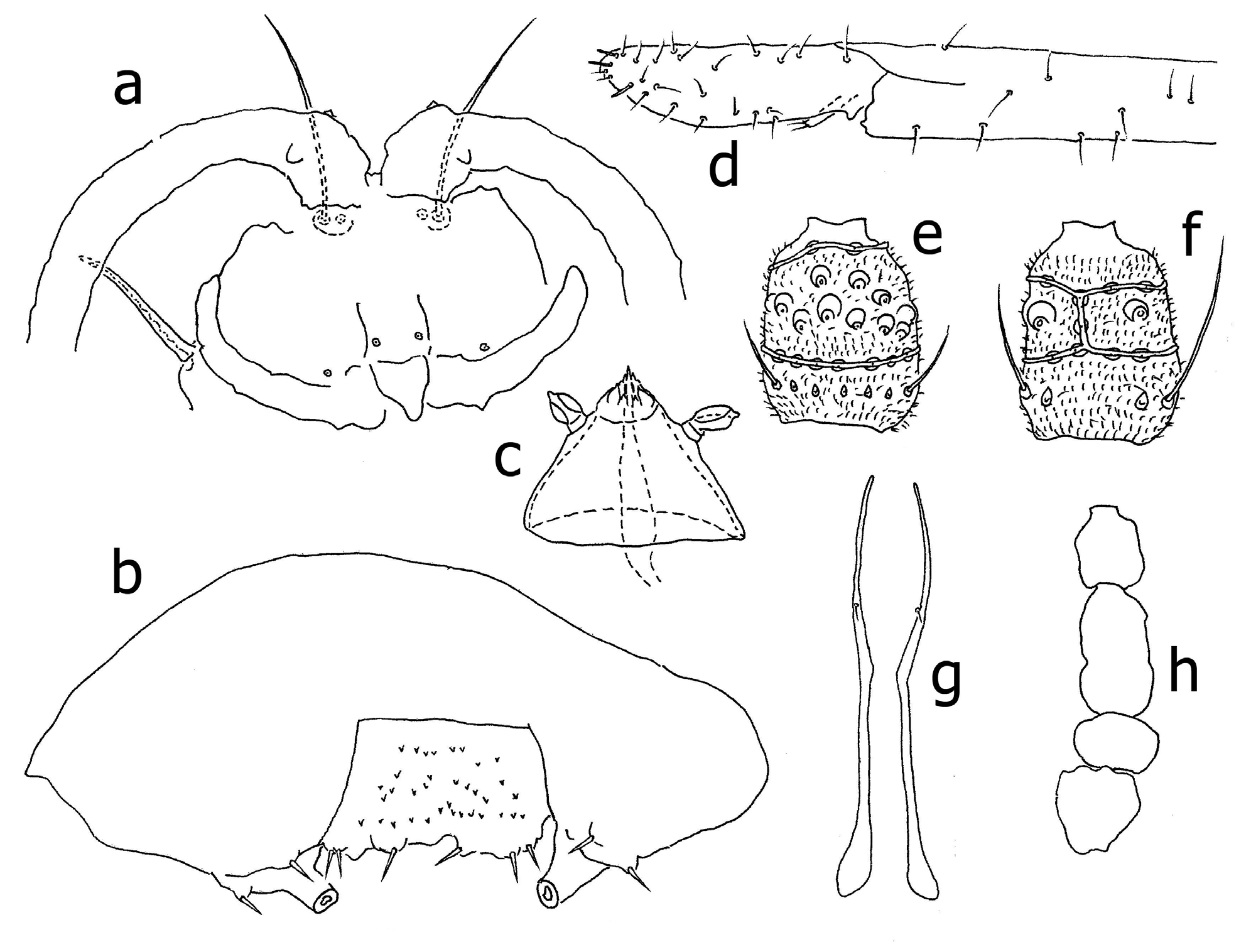