Diagnosis. This species belongs to the Stigmella nivea   group (see Stonis et al. 2017a for group diagnosis). In the male genitalia, the combination of the gnathos with two well-separated caudal processes, the wide uncus with four distinctive caudal papillae, and a unique set of four clusters of sizewise different cornuti in the phallus easily distinguishes S. incaica   sp. nov. from all members of the S. nivea   group, including the most similar Ecuadorian S. apicibrunella Diškus & Stonis   , described and illustrated in Stonis et al. (2017c).

Externally, S. incaica   sp. nov. may be easily distinguished from all species of the S. nivea   group, except S. apicibrunella   , by the distinctly dark apex of the generally pale forewing (also see Remarks).

Bionomics ( Figs 22–26 View FIGURES 22–26 ). Host plant is unknown (unidentified, possibly Acalypha   sp., Euphorbiaceae   ) ( Fig. 22 View FIGURES 22–26 ). Larva pale greyish green with a dark green intestine and dark brown head; mines in leaves in June. Leaf mine ( Figs 23–26 View FIGURES 22–26 ) starts as a very slender sinuous or contorted gallery with a slender line of black, occasionally blackbrown frass; further on, the gallery gradually widens and frass is dispersed; at the final part of the gallery, the frass is collected in a slender, central line. Larval exit slit on upper side of the leaf. Adults fly in July.

DNA Barcode. One whole female specimen of the type series was COI barcoded, but not the holotype; sequences are available in GenBank under voucher/sample no. MW 438869 View Materials   .

Distribution. This species occurs on the eastern slopes of the Peruvian Andes ( Peru, Cusco Region) at altitudes about 1300 m.

Etymology. The species name is derived from the Spanish incaico or incásico (pertaining to the Incas; feminine) referring to the locality where the species was collected by our Quechua counterpart in the historical centre of the ancient Inca Empire in the Lucumayo river valley with close proximity to Machu Picchu.

Remarks. Note that S. apicibrunella   (see Stonis et al. 2017c) is larger than S. incaica   in all size parameters: the wingspan and male or female genitalia. Based on molecular data, the exact position of S. incaica   in the S. nivea   group will be discussed separately (Stonis et al. in prep.). 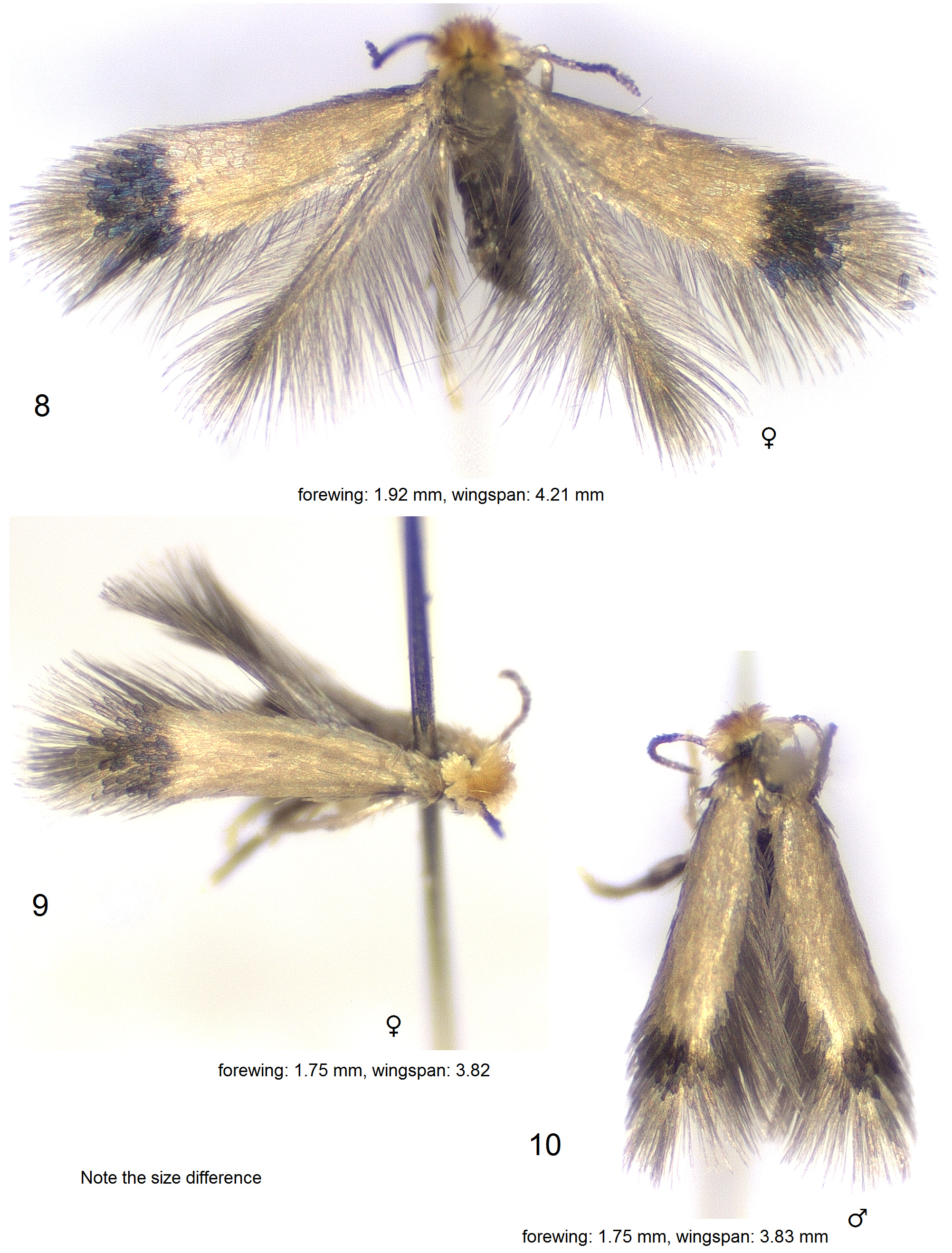 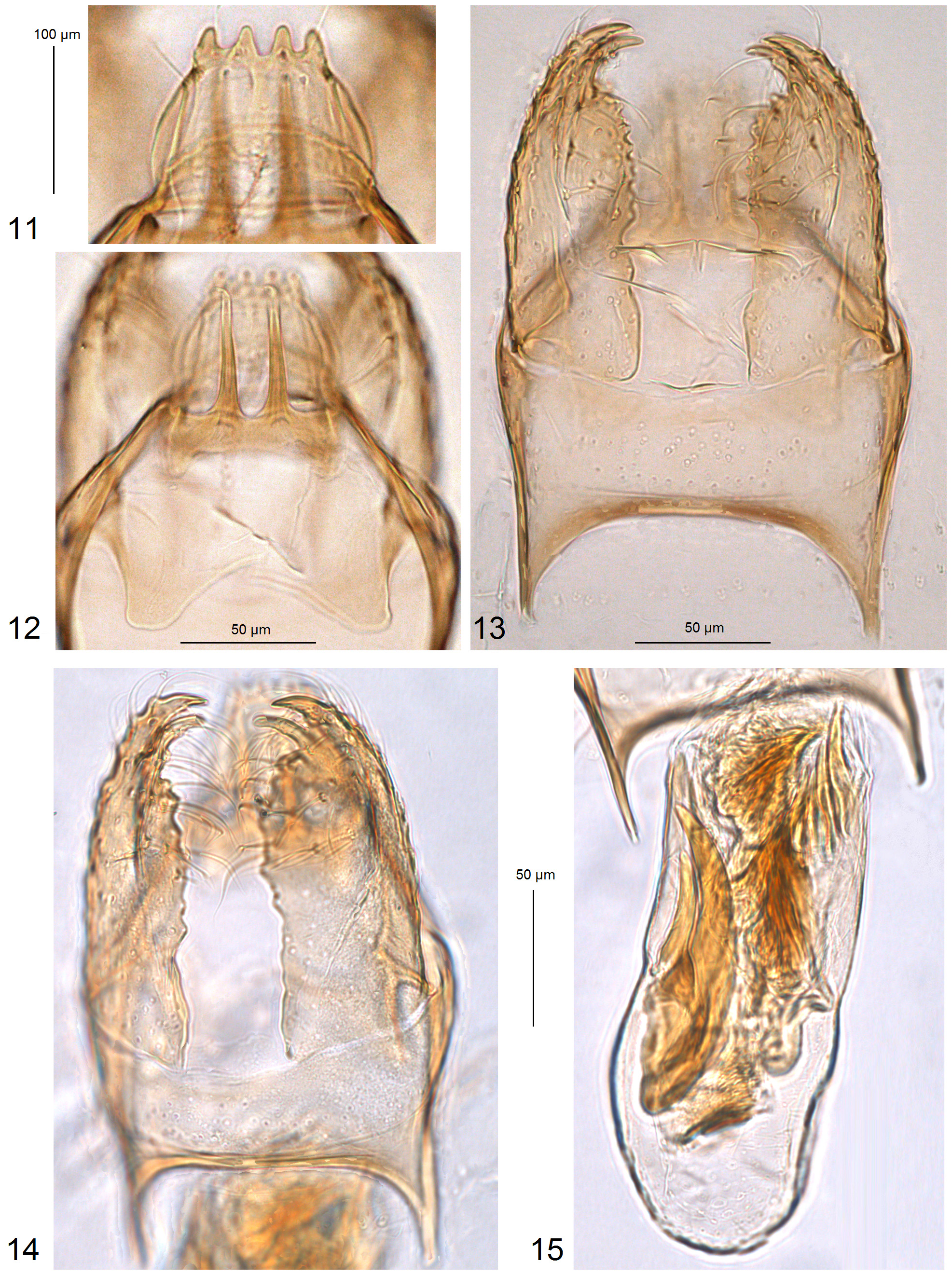 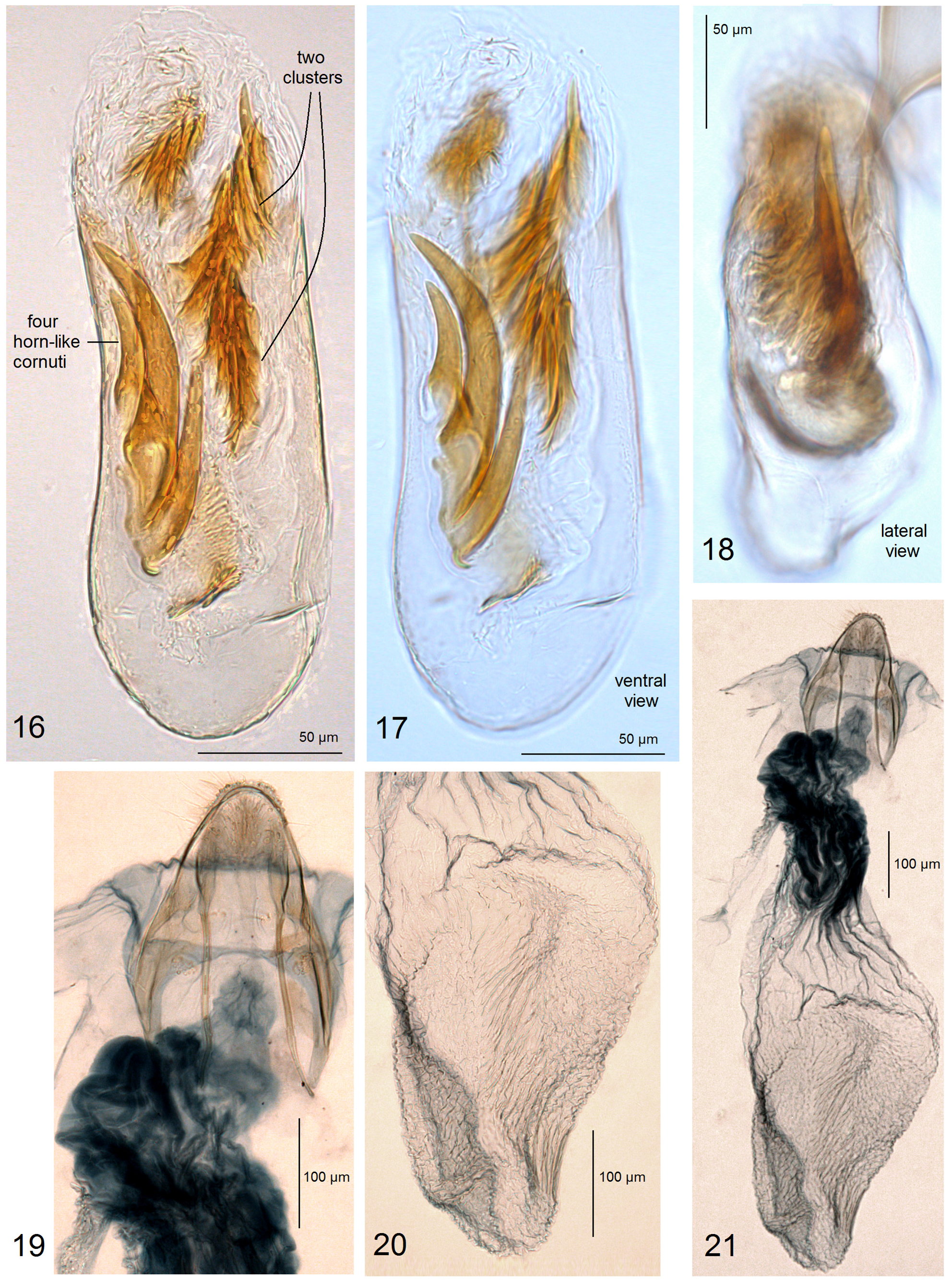 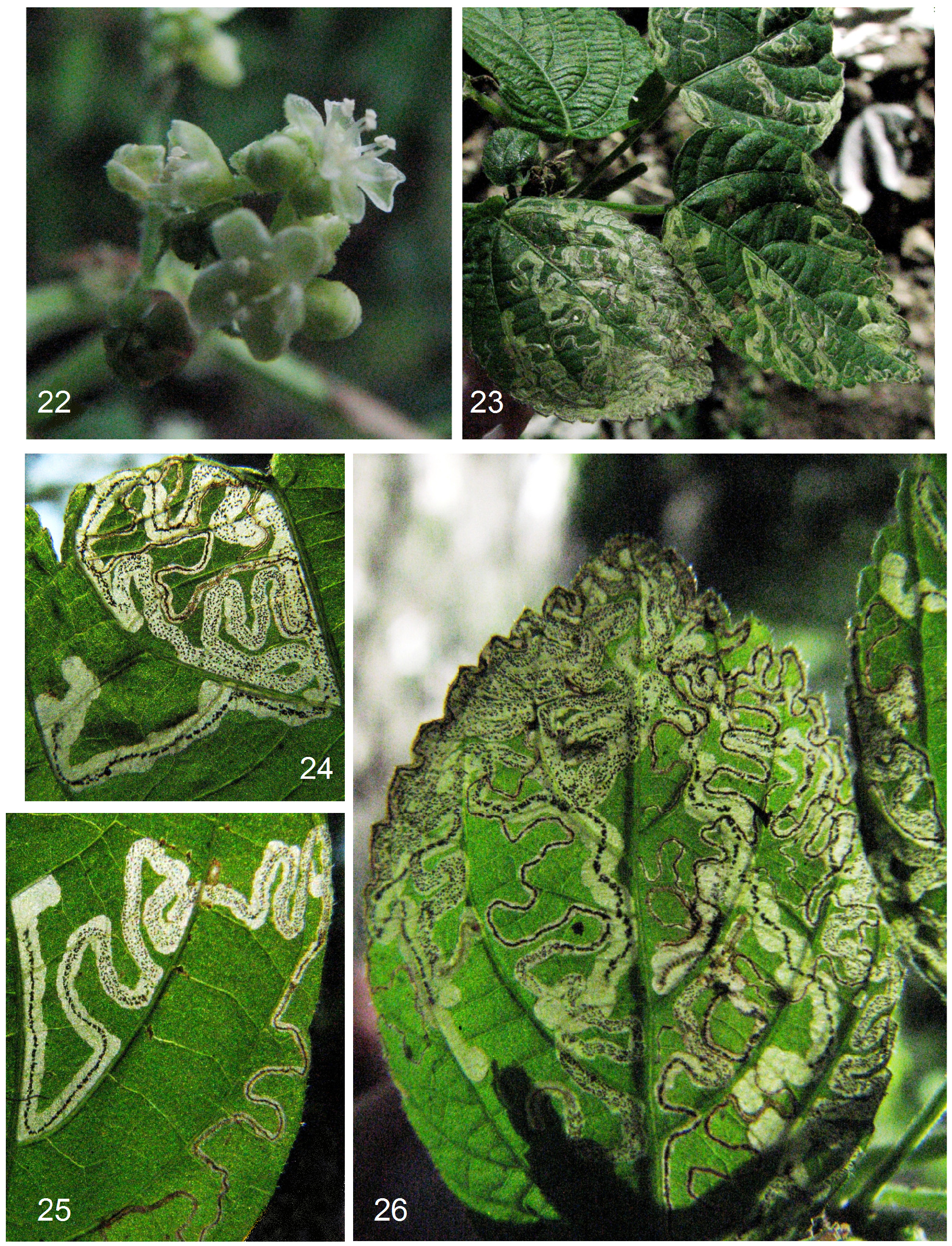