Female (fig. 4i) as above, except: Chelicerae both segments unarmed with scattered black setae. Pedipalp femur with black setae on raised nodules proximoventrally, pedipalp otherwise unarmed. Legs I with longitudinal rows of denticles from femur to tibia, denticles becoming minute on tibia.

Notes. Lawrence (1963) described Rhampsinitus nubicolus   from Mariepskop in what is now Mpumalanga province. The major males examined herein resemble his description in most particulars, including the arrangement of denticles on the second cheliceral segment and the extraordinarily long pedipalps, the femora of which may be up to 1.4× as long as the main body. They differ in being more noticeably denticulate on the pedipalpal femur which was originally described as ‘smooth except for a few minute spiculiform granules on ventral side’. Nevertheless, there can be little question that these specimens represent Lawrence’s original species. This appears to be a primarily montane species, with all known specimens collected at altitudes above 1000 m.

The specimens examined herein also correspond closely with Staręga’s (2009) description of Rhampsinitus flavobrunneus   , and the two species are synonymised herein. Rhampsinitus flavobrunneus   was described from a single specimen with the original collection locality given only as “ Afrique du Sud ”; Staręga speculated that it may have been collected near Johannesburg. Staręga did not explicitly compare R. flavobrunneus   to R. nubicolus   though he did assign juvenile specimens from Mariepskop to the latter species in the same paper. However, one of the features highlighted in the description of R. flavobrunneus   was the ‘light yellow’ coloration of the holotype, whereas R. nubicolus   was originally described as black. The specimens examined herein, though mostly dark, show a range of coloration from dark to pale. One male that had recently moulted before collection (as indicated by its lack of sclerotisation) was a pale grey dorsally with the anterior part of the carapace light yellow and the legs cream-coloured. As has been described for other Phalangioidea ( Shultz 2008), it seems likely that the cuticle darkens in coloration as it hardens with maturity. The use of colour patterns in distinguishing species of Phalangioidea should be treated with caution. 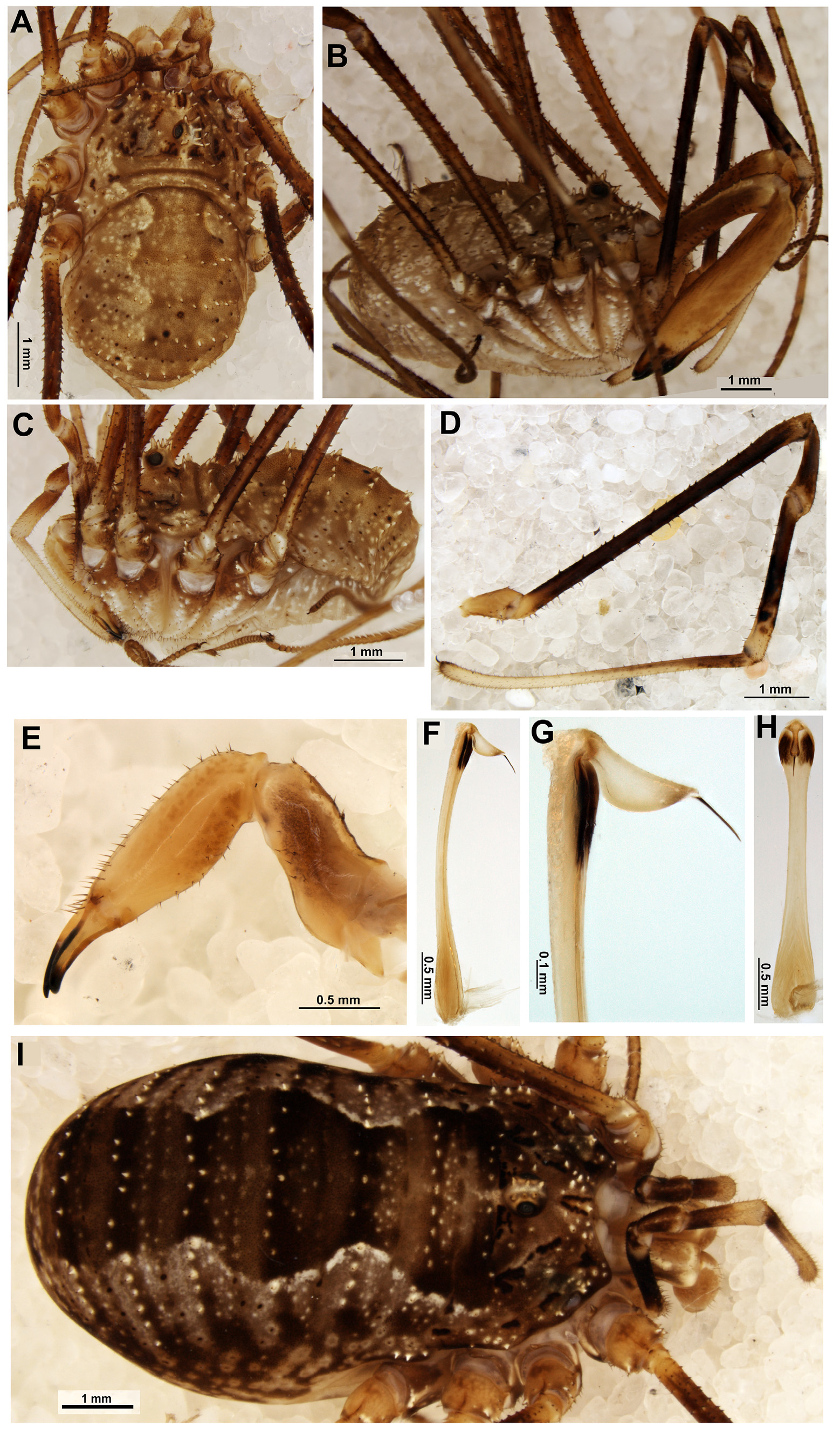 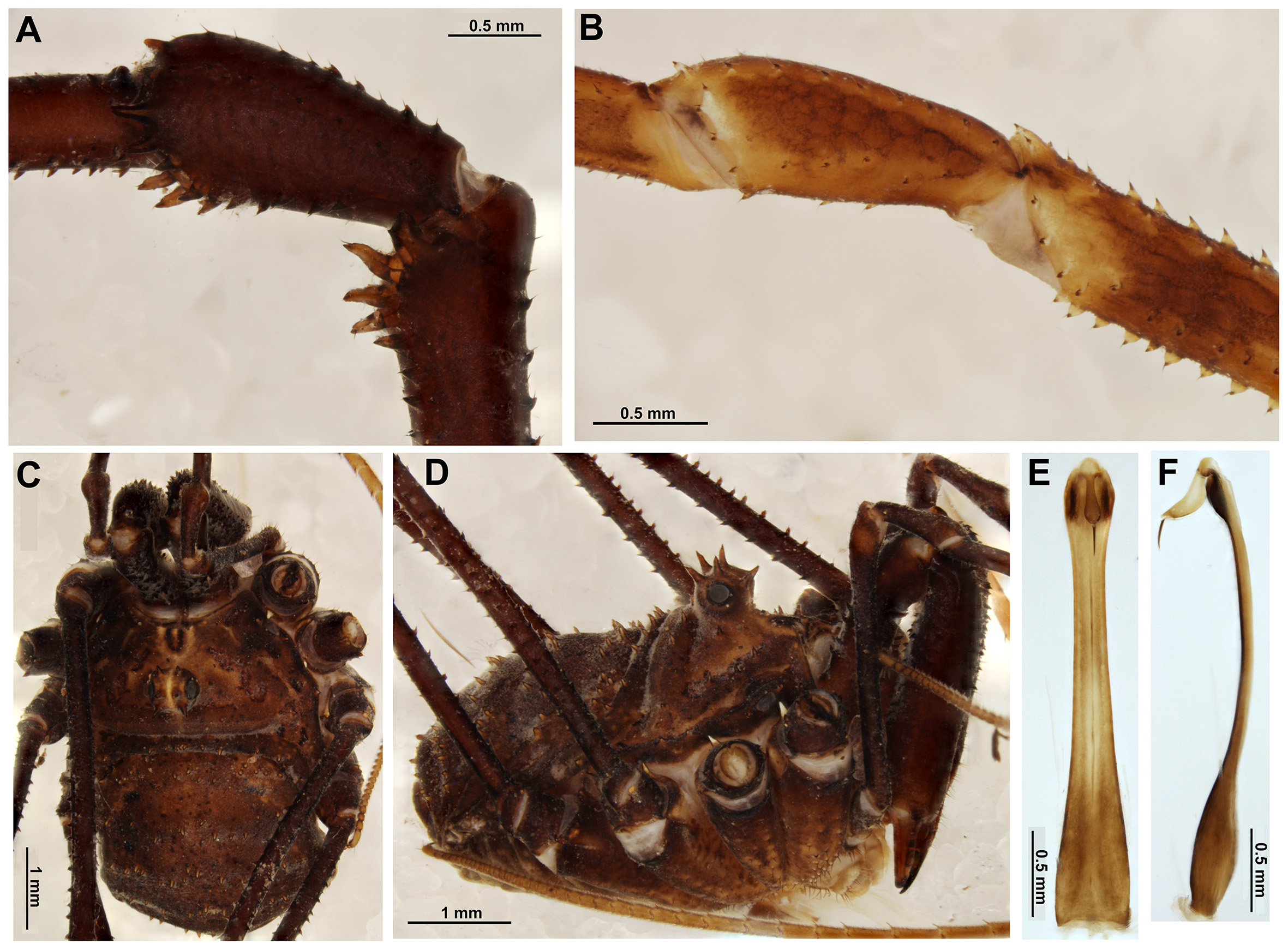