Diagnosis. Clypeus pale, females with two to five subquadrate preapical flagellomeres, usually many fine punctures below median ocellus, and from temperate regions of eastern North America, in May or June.

Sculpture. Punctures on vertex 5–10 µm in diameter, frons and mesoscutum about 10–15 µm in diameter (a little larger than diameter of ommatidia). Punctures 20–25 µm apart on vertex, 5–15 µm apart on frons to 5–10 µm apart near antennal socket, and 20–25 µm apart on mesoscutum. Punctures in front of median ocellus generally fine to moderate (few or none 21%, many small 78%, and coarse 1% based on 100 specimens), surrounding surface beyond, dense. Punctures on mesopleuron generally dense, occasionally scattered. Clypeus generally punctate over surface, rarely almost glabrous. Metasomal tergum 1 with about 10–12 longitudinal ridges, these often anastomosing on disc and forming a puncturelike sculpture.

MALE. Colour. As in female.

Adults of P. mellipes   differ from those of P. otaniae   in their geographic range, the frequency of subquadrate preapical flagellomeres in females, and in type of puncture development in front of the median ocellus. The geographically nearest samples of each species are not more similar than distant samples. Therefore, there is no evidence of gene flow between the two species. A summary of measurement differences between P. mellipes   and P. otaniae   is given in Table 12.

Adults of P. mellipes   differ from those of P. pseudopallipes   in type of life cycle, the frequency of flagellomeres, and puncture development in front of the median ocellus. Despite almost identical geographic ranges, the population characteristics remain constant over the range of each species. A summary of measurement differences between P. mellipes   and P. pseudopallipes   is given in Table 12.

Muesebeck (1936) synonymized P. mellipes   with the European P. pallipes   . Muesebeck et al. (1951), Loan (1974a) and Marsh (1979) accepted this synonymy. Though the work on European species of Peristenus   , is not published yet (done in collaboration with K. van Achterberg), no adults of the Nearctic species associated with the P. pallipes   complex matches those (including types) of any European species of the complex. Moreover, many species of the complex are recorded from Lygus   nymphs in North America whereas only one, P. varisae Varis & Achterberg (2001)   , is recorded from Lygus   nymphs. P. varisae   is an easily distinguished species. As discussed below, the oldest name for the P. pallipes   of North American authors is P. mellipes   .

The holotypes associated with P. mellipes   were a challenge. The holotype of P. mellipes   had incomplete antennae and no date of collection on the label. Both P. mellipes   and P. pseudopallipes   are recorded from New Jersey. The only decisive character state was the development of punctures in front of the median ocellus. The holotype was typical of specimens that attack the first nymphal generation. The male holotype of B. nocturnus   was a greater challenge as there was no head left. The metacoxa of this old specimen is straw coloured, its metatibia is bleached but seems to be a little darker, and it was collected in May. This holotype is clearly similar to pale coloured species of the P. pallipes   complex. A sample in May would eliminate P. pseudopallipes   , and the range in eastern temperate North America would not support its association with P. carcamoi   and P. otaniae   , but would support an association with P. mellipes   , the oldest name. Other studied structures of B. nocturnus   are typical of P. mellipes   males, hence the above synonymy.

Host and biological notes. Adults of this species have been reared commonly from Lygus lineolaris   and rarely from Adelphocoris lineolatus   . Adults occur from early May to early July, (in eastern Ontario and western Quebec, from the end of May to the start of July) with peak abundance between June 2 and 13. This is a univoltine species on nymphs of the first generation of Lygus   . Loan (1965) described the biology of this species under P. pallipes   associated with Lygus lineolaris   . Lim et al. (1976) and our data confirm Loan’s biological observations.

Material examined and range. 1161 (506♂, 595♀) adults were studied. Of these, 212 were reared from Miridae   and 949 were field collected. An eastern North American species recorded from southern Canada   to Georgia. 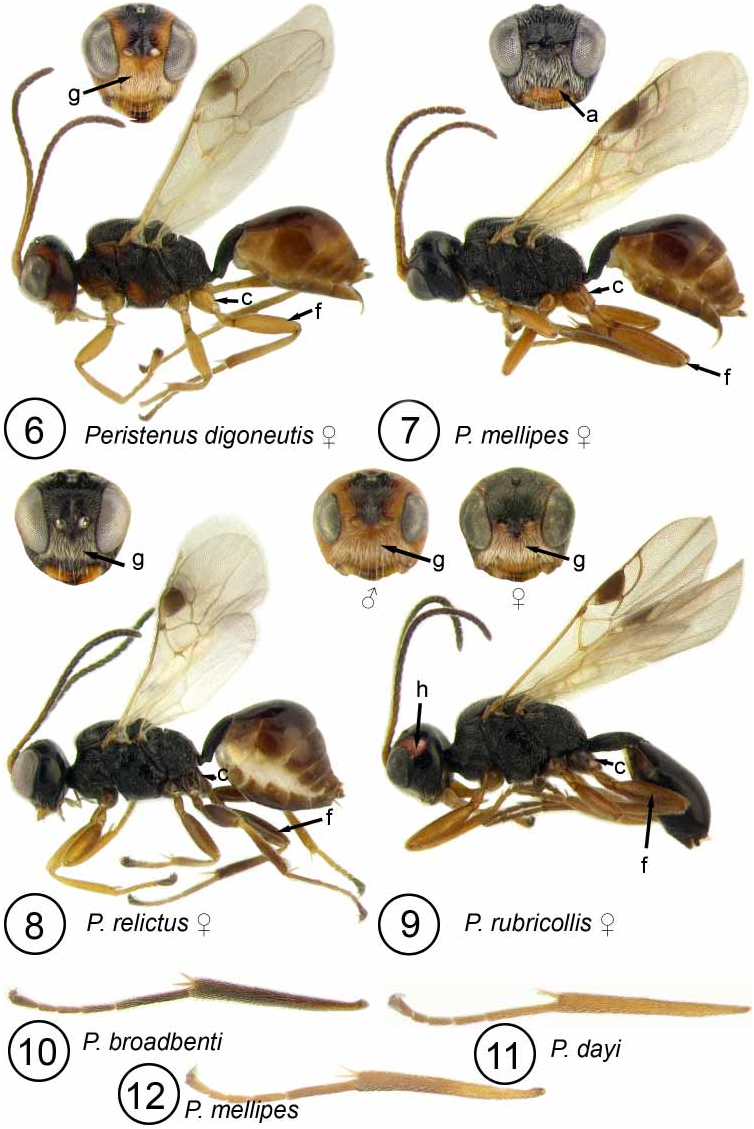 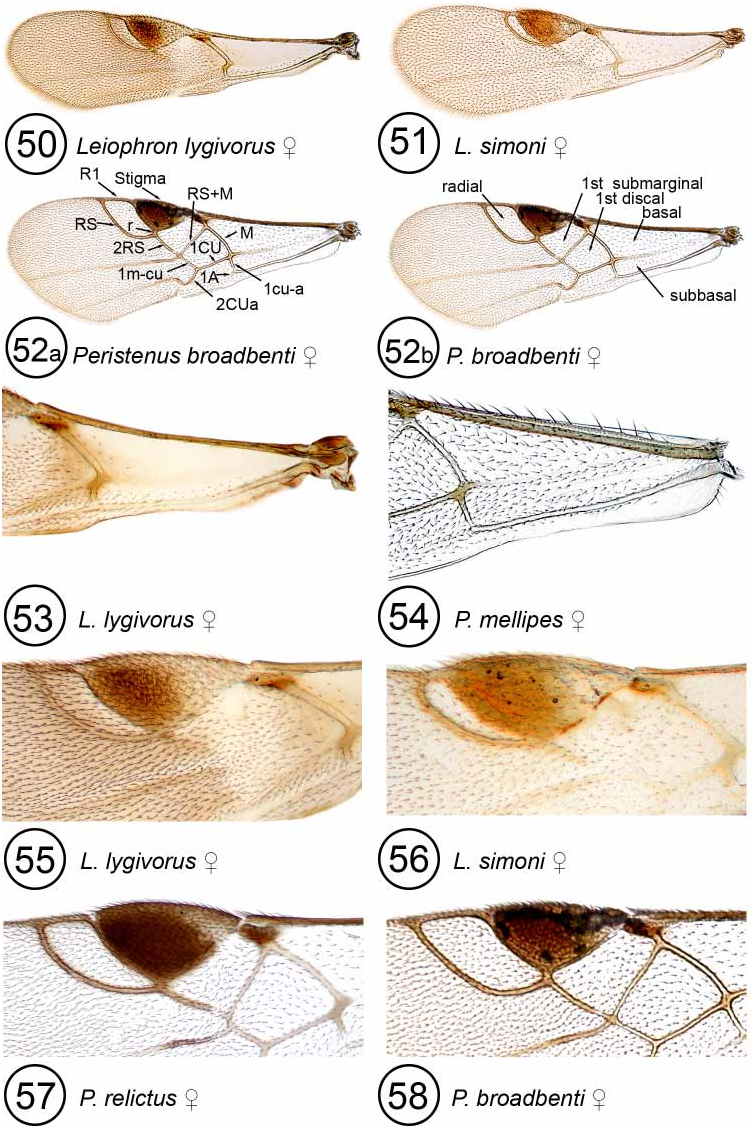 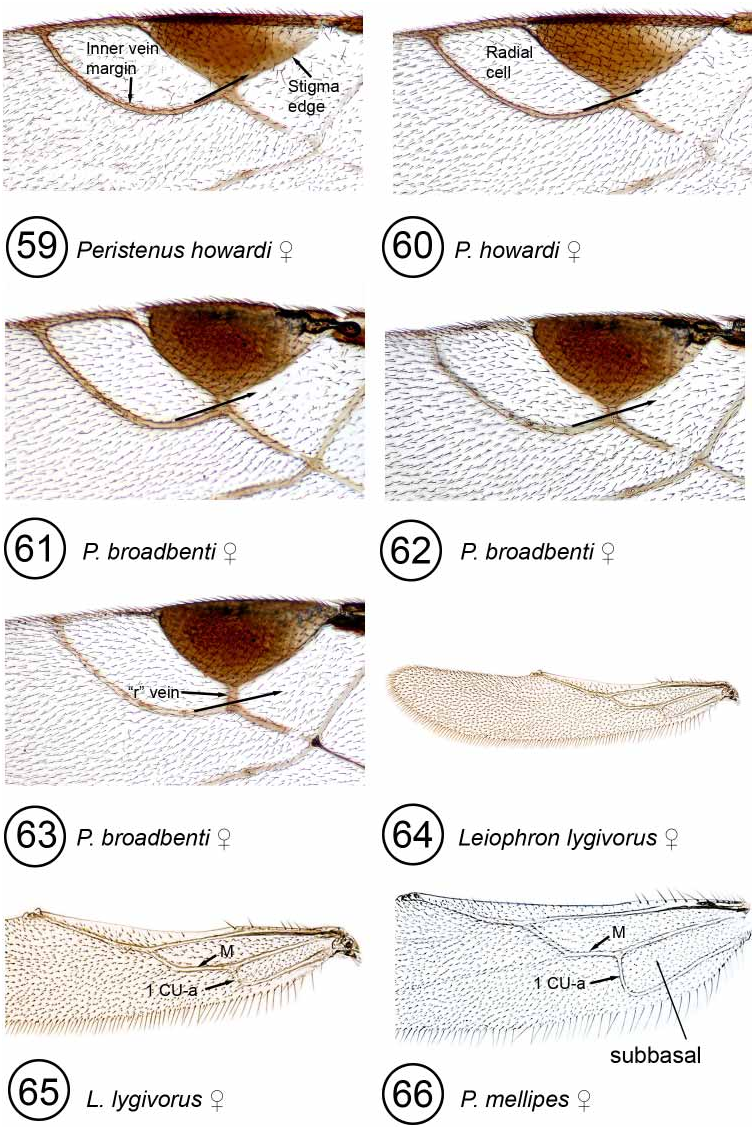