Differential diagnosis. O. tawahka  has the apex of its aedeagus very similar to the aedeagi of O. mexicana  , O. potosiana  sp. nov. and O. iodopleura  .

It can be distinguished from the closely related O. iodopleura  by its almost uniformly bright green or violaceous-blue elytra (except for the purple-violet juxtaepipleural stripe usual in all species). Moreover, the labrum and particularly the mandibles, penultimate and terminal palpomeres of maxillary palpi and legs are in O. tawahka  notably paler.

For the differences of O. mexicana  and O. potosiana  sp. nov. see under O. iodopleura  .

O. ignita  and O. exilis  can be immediately distinguished by their predominantly reddish-cupreous elytra and very different aedeagi.

Redescription (based on the examined paratypes, and with comparison to O. iodopleura  ).

Legs as in O. iodopleura  , but notably paler.

Biology and distribution (map Fig. 208View FIGURE 208). Odontocheila tawahka  is known only from the type series caught in Honduras. The village of Krausirpi lies on the banks of the Patuca River in the municipality of Wampusirpi, department of Gracias a Dios, a centre of indigenous Tawahka  people. According to Johnson (1996), the adults were caught along a trail within relatively undisturbed tropical forest.

Remarks. In the original description of O. tawahka, Johnson (1996)  did not describe aedeagus of his new species, and probably for that reason he considered O. ignita  and O. exilis  as its closest relatives, despite the very different shape of the apex of their aedeagi; in fact, O. tawahka  is morphologically similar to O. iodopleura  (see under that species above). 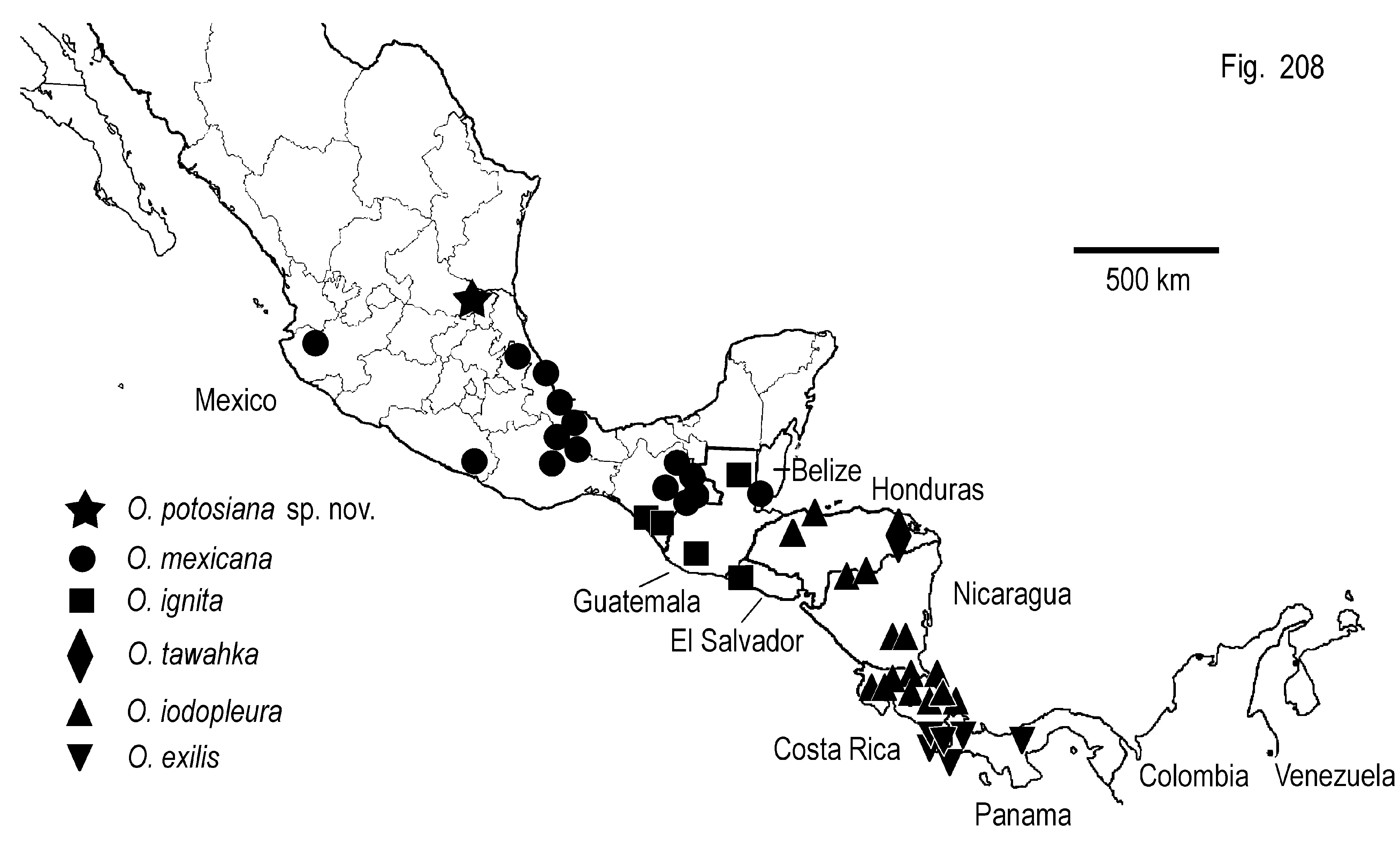 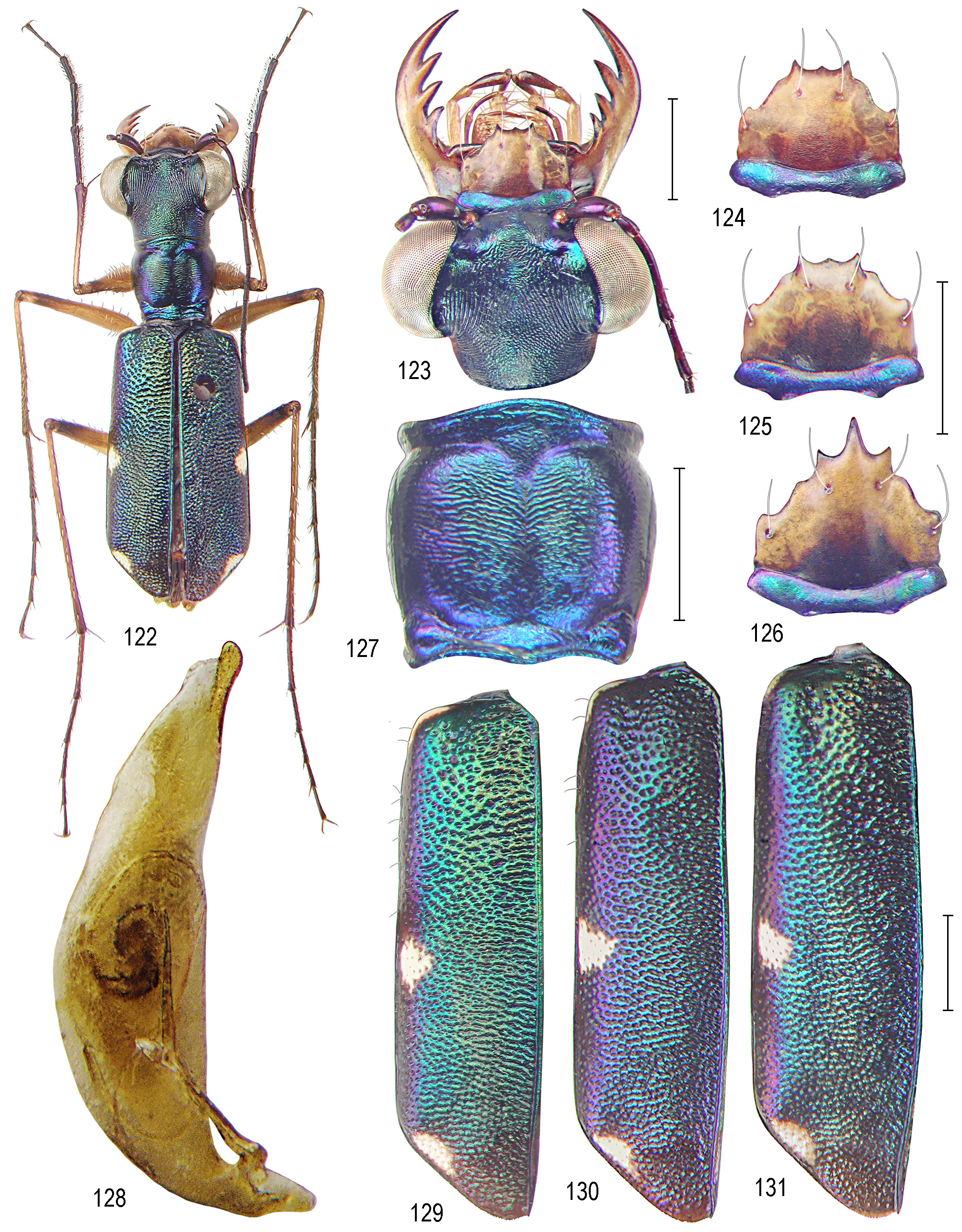