Described from Zaire, this is similar to T. fumosus  in appearance and sculpture, although the two differ in the sculpture of the metanotum and the position of the median setae on that sclerite. Redescribed and illustrated by Faure (1959), T. fumosoides  is possibly the same species as T. scotti  described from Ethiopia. However, the latter has the clavus and base of the forewing pale, and antennal segment III more extensively yellow. 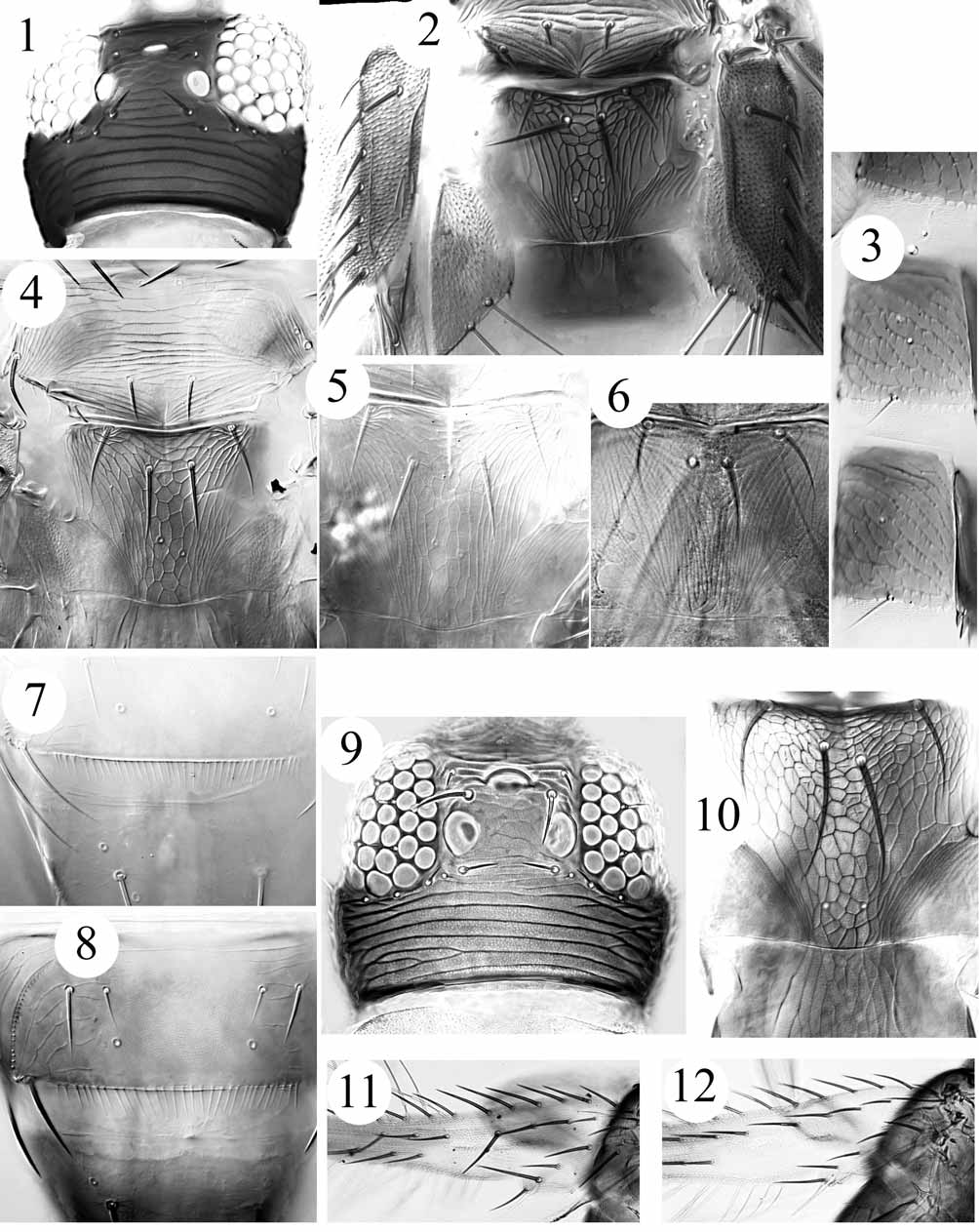