Comments. The pleurotergal microtrichia of females of this species are rather similar to those of Thrips tabaci  , a character state also shared with T. speratus  , and to a lesser extent with some specimens of T. acaciae  . However, although closely related to T. speratus  , this new species is readily distinguished by the larger number of setae on the forewing first vein, and also by the other character states indicated in the key above. The specimens on which this description was initially based were collected in South Africa by H. Kurahashi, a quarantine officer from Japan, and kindly submitted for study by Kazushige Minoura of the Japanese Plant Protection service. Subsequently, Sverre Kobro sent further slides of the same species, and these are included here as paratypes. One of the four females he collected at Cape Town has on the metanotum a single campaniform sensillum, whereas all of the other available specimens lack such a structure on the metanotum. 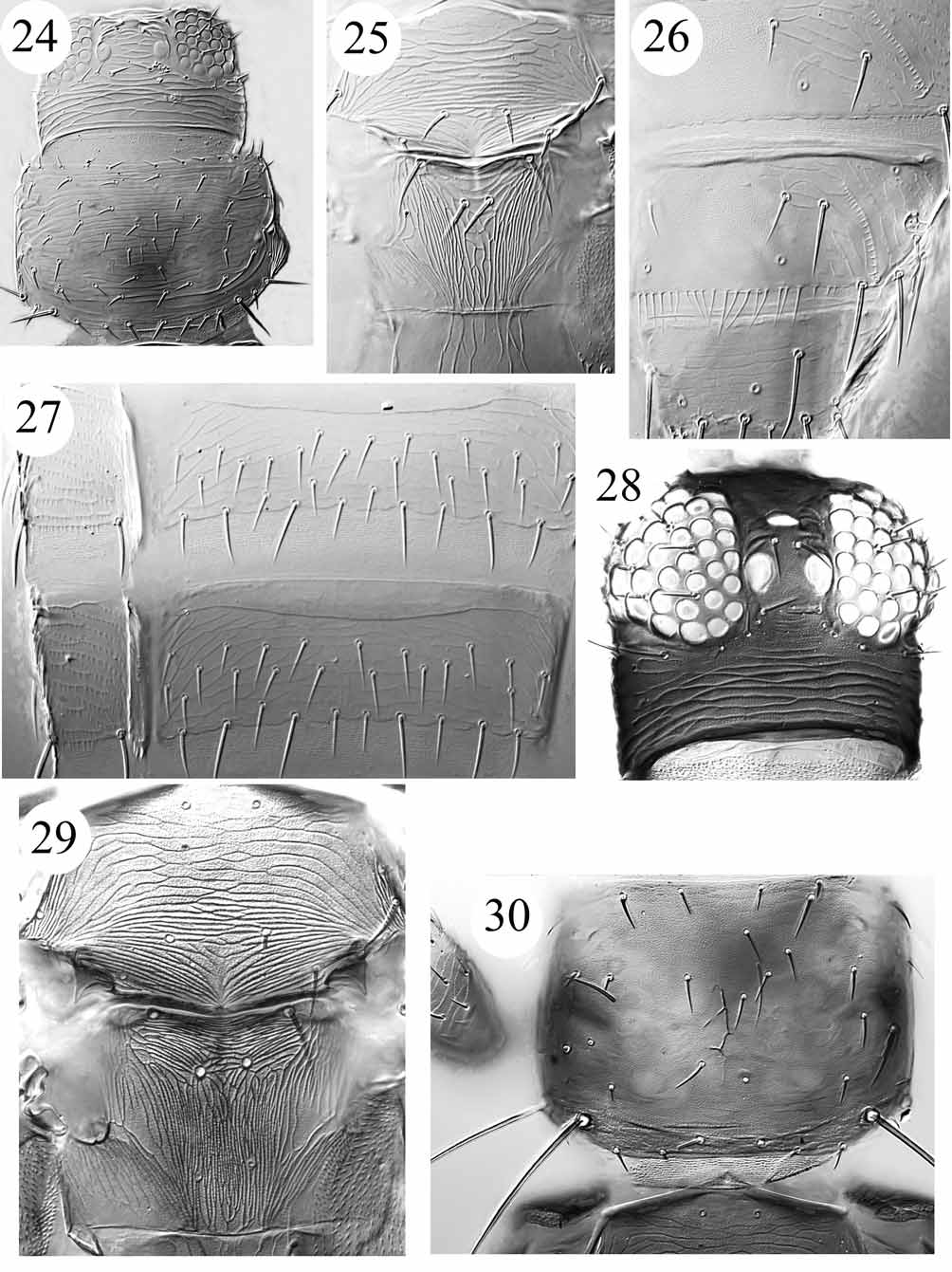