This new species has been collected in the Atlantic forest of southern Bahia and northern Espírito Santo, in eastern Brazil, including the basin of the Jequitinhonha river, in the state of Minas Gerais ( Fig. 13View FIGURE 13). It is possible that the specimens from Ilha Grande, in Rio de Janeiro, listed by Schwarz (1948) under S. latitarsis  , belong to S. atlantica  .

Three nests were found in a secondary forest within the campus of the Universidade Estadual de Santa Cruz, in Ilhéus, Bahia. Similarly to the other species of the latitarsis  group, all nests were build within active nests of Nasutitermes  ( Fig. 14View FIGURES 14 – 15). The termite nests (and the bee’s nest entrance) were between 1 to 1.7 m from the ground. The entrance tubes were build with a reddish yellow and soft cerumen ( Fig. 15View FIGURES 14 – 15) and measured between 2 to 3 cm in length. The entrance itself had an oval contour whose longer axis measured about 7 mm and the shorter axis around 5 mm. One nest was opened and presented an internal architecture very similar to that described by Camargo (1970). 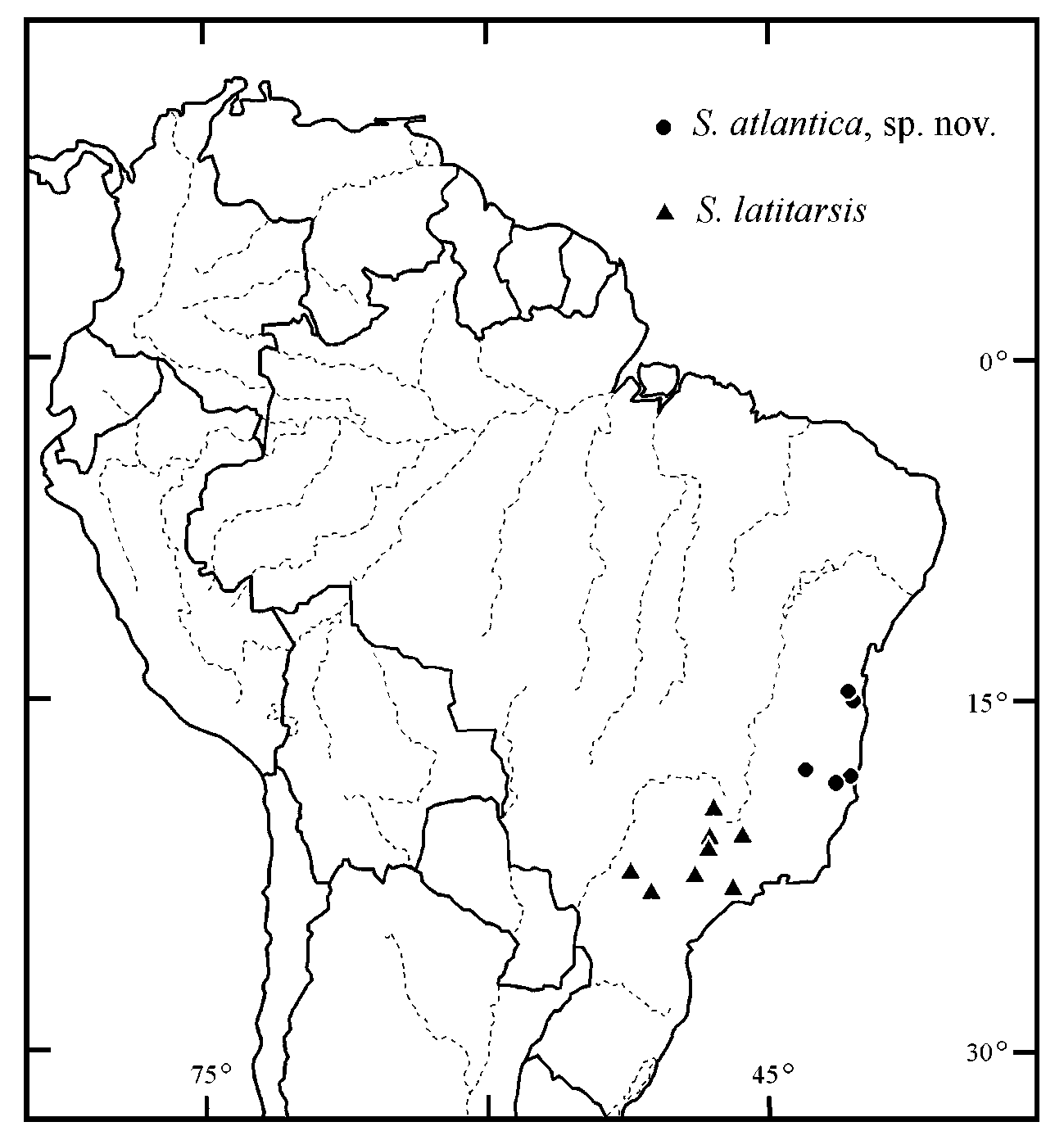