Remarks: The diagnostic character of the beta   species group is the presence of a rectangular mucro, with the two largest teeth pointing dorsally instead of posteriorly and a short dorsal tooth basal to the large subapical tooth. Currently the beta   group comprises four named species and one new species described here. An undescribed species from Panama, with two inner macrosetae on Abd. 2, was represented by a single individual, insufficient material for a proper description. Salina montana ( Imms, 1912)   and S. choudhurii Mitra, 1973   from India may have tridentate mucrones somewhat similar to members of the beta   group although it is difficult to judge from Imms’ (1912) and Mitra’s (1973) drawings. Both Indian species have reduced chaetotaxy on Th. 2–3, with pattern similar to that in the beta   group, but the chaetotaxy of Abd. 3, and Abd. 4 (at least in choudhurii   ) are different to that in New World species. A more detailed study of the Indian forms will be needed to decide if they are part of the S. beta   lineage.

The four species in the genus Pseudosalina Mitra, 1974, are endemic to the Indian subcontinent and all have bidentate mucrones. However, in Pseudosalina, the mucronal structure is similar to that in species with square mucrones (cf. Figs. 6 and 8 View FIGURES 1 – 12. 1 – 4 a –b), albeit with reduced number of teeth, and not to members of the beta   group. Many other features distinguish Pseudosalina from members of the beta   group, in particular, all Pseudosalina have a very abundant chaetotaxy, with at least eight inner macrosetae on Abd. 2.

The mucronal type characteristic of the beta   group defines a group endemic to the Americas (but see comment above). All members of the beta   group described so far are restricted to the area delimited in the north by Southern USA (California and Florida), in the east by the Lesser Antilles and in the south by Panama. This distribution suggests that the group might have originated in Central America. However, Salina   in general has been poorly studied and sampled in the Americas and more extensive collections in Central and South America are likely to produce new records of members of the beta   group. 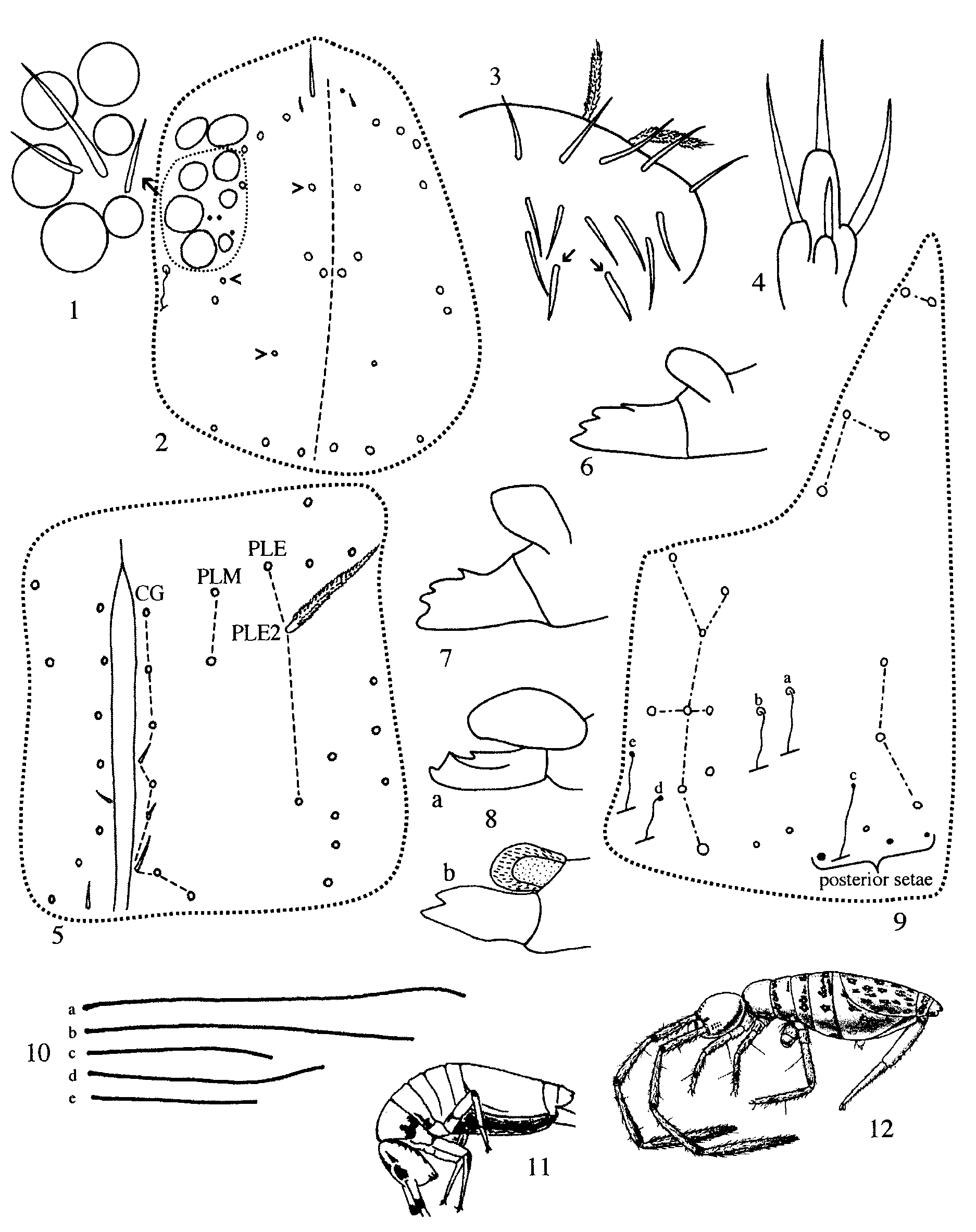 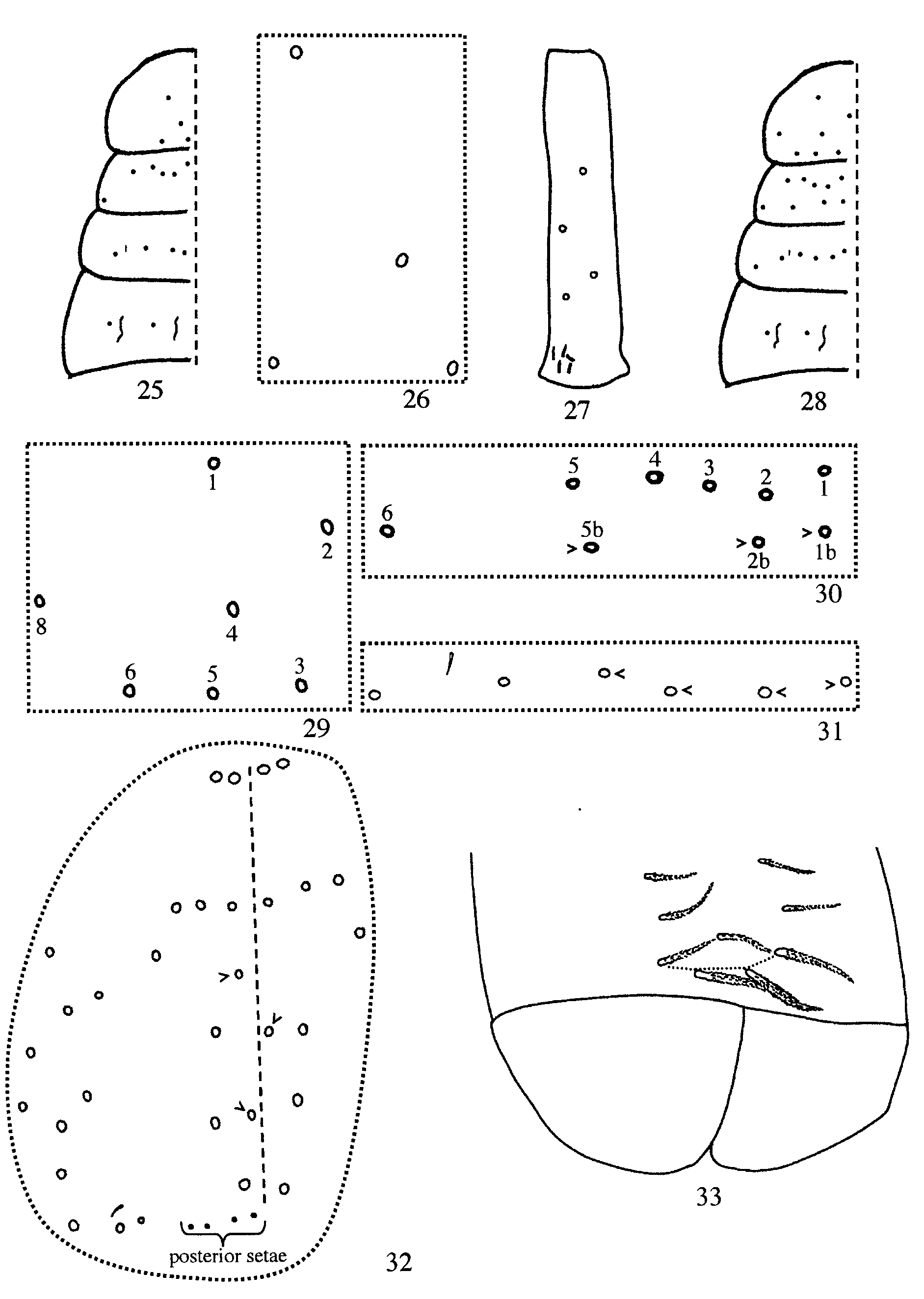